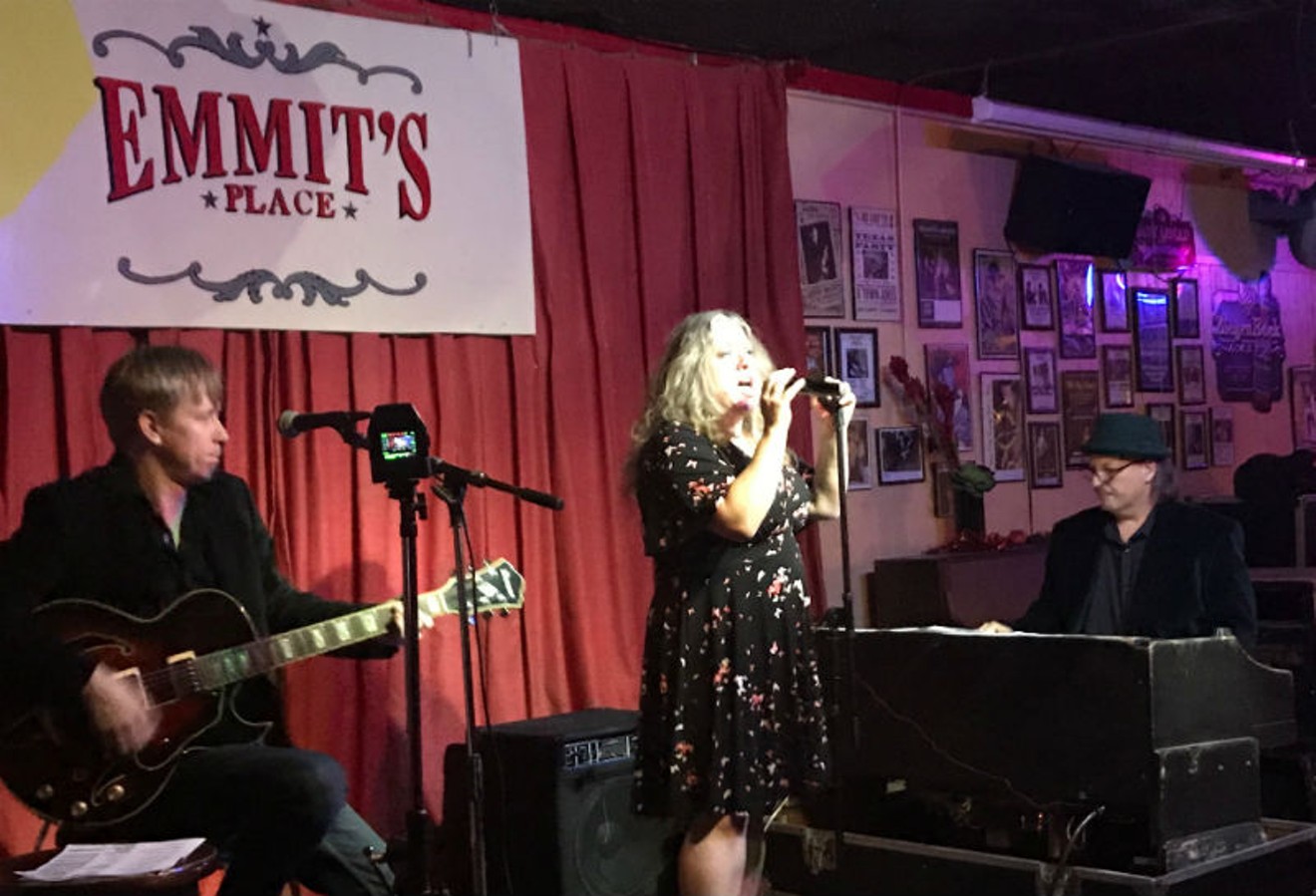 Prognosticators, including some of the very musicians who’ve worked hard to keep the music alive, have long predicted the death of the blues. It remains a living art form thanks to places like this southwest Houston night spot. There’s nothing fancy about Emmit’s Place. It’s a single, over-sized room with tables, signed posters and framed photos on its walls and occasionally some crock pot food at the end of its long bar. Everything points to a stage graced with a simple backdrop of red drapery. It’s a familiar sight to anyone who follows the club’s Facebook page, thanks to snapshots of the local and touring bands which throw down there, pictures usually taken by the bar’s owner, Susan Davis.

What makes Emmit’s Place special is its vibe. It’s a welcoming one cultivated by the staff and, more to the point, by the artists who hang out there, whether they’re on the bill or not. They’re regularly bumping around Emmit’s, playing its weekly blues jam or supporting fellow artists' gigs. This is the place where Houston’s best players congregate to riff with one another onstage and off, so it’s the place you’d want to be if you are new to the music or interested in this city’s best efforts to keep it alive.

Readers' Choice: House of Blues
1204 Caroline, Houston
888-402-5837
houseofblues.com/houston
KEEP THE HOUSTON PRESS FREE... Since we started the Houston Press, it has been defined as the free, independent voice of Houston, and we'd like to keep it that way. With local media under siege, it's more important than ever for us to rally support behind funding our local journalism. You can help by participating in our "I Support" program, allowing us to keep offering readers access to our incisive coverage of local news, food and culture with no paywalls.
Make a one-time donation today for as little as $1.