A Revised Chelsea Grin Sells Out The Studio 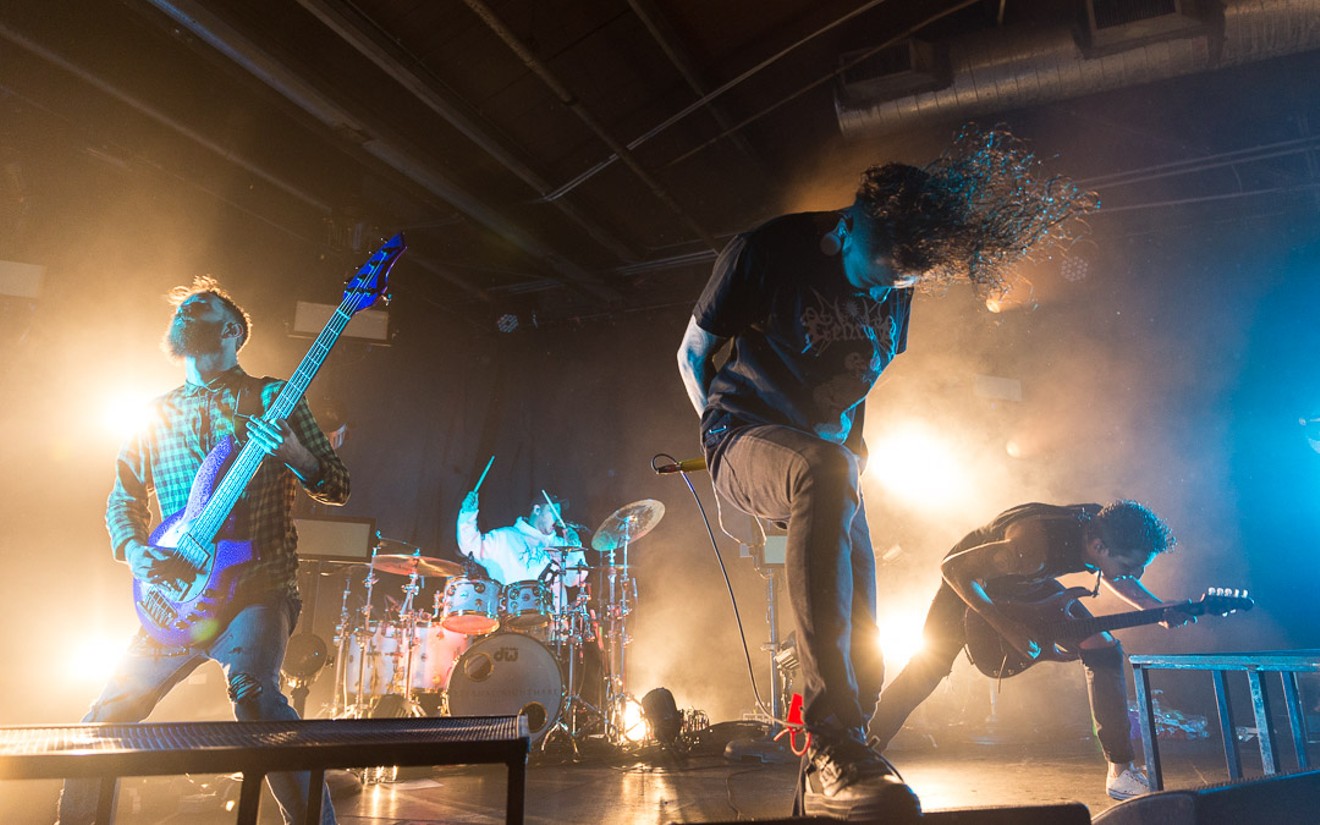 Chelsea Grin performs at Warehouse Live. Photo by Jennifer Lake
A sold out show squeezed into the small Studio room of Warehouse Live erupted into a warzone on Tuesday night as the venue overflowed with uncontrollable metalheads. Steamrolling off the success of their 2018 release Eternal Nightmare, Utah deathcore group Chelsea Grin brought their U.S. headlining Eternal Nightmare Tour to Houston and brought along some of the scene’s most hardcore bands such as The Acacia Strain and Spite.

Fresh with a new vocalist, and a single guitarist instead of their usual three, Chelsea Grin sported a new look as well as a new sound. Though the band no longer contains any of the original members, it hasn't lost any of the characteristics that made them one of the most well know bands in deathcore. Keeping the dark doom-metal-esque themes, the band seemed to have become heavier, even with the removal of multilayered guitars.

Lead singer and founding member Alex Koehler departed from the band in early 2018 due to health complications. Not long after the singer's exit, guitarists Jake Harmond and Dan Jones announced their separation from the group. Now, alongside longstanding members Pablo Viveros, David Flinn, and Stephen Rutishauser, newcomer Tom Barber added a refreshing energy and aggression to their already monstrous music. 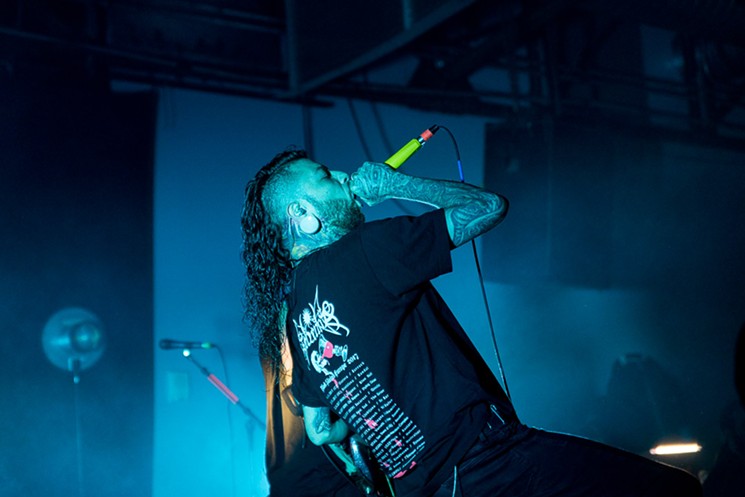 Tom Barber of Chelsea Grin.
Photo by Jennifer Lake
"For those of you that do not know." Barber said to the crowd "We are Chelsea Grin, I'm loving this fucking energy. I hope you all are ready for the rest of your night."

While the lineup of the band may be somewhat new, the band still dipped into some of their older tunes. Performing cuts from their 2010 debut album Desolation of Eden, Grin proved their ability to do justice to the classic tracks. As the band moved into newer songs, fans rushed to the chaotic moshpit for Eternal Nightmare opening track, “Dead Rose.” During the song “Limbs,” Barber was accompanied by Impending Doom singer Brook Reeves for a surprise guest performance.

Halfway though the brigade of brutal tracks the singer stopped the show to bring acknowledgement to an enormous bag making its way from the back of the room. 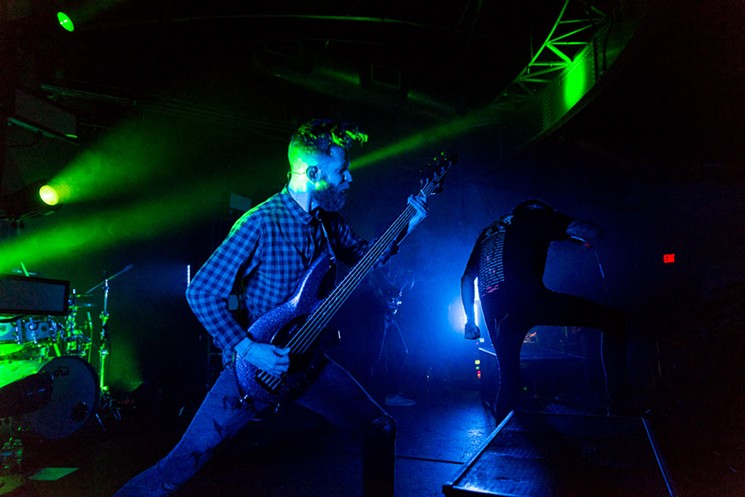 Bassist David Flinn of Chelsea Grin.
Photo by Jennifer Lake
“We got a big ole’ bag off balloons making their way to the pit.” explains the vocalist, “When the song starts, and the balloons are released, pop the fuck out of them! There’s two golden tickets hidden in there somewhere and whoever gets it, gets something free at our merch table!”

Music, games, and prizes! The Eternal Nightmare Tour had it all!

Chelsea Grin closed the night out with "Hostage", the most notable track off of their newest release. While Barber has been with the group since mid-2018 he hasn’t gotten to contribute much in the writing process but the popular song seems to be a small glimpse at what might be to come with future sound and releases.

“What a lively bunch of coconuts!” Exclaimed Barber, “Give it up for yourselves! I hope you all had a great night!” Tom Barber of Chelsea Grin.
Photo by Jennifer Lake
KEEP THE HOUSTON PRESS FREE... Since we started the Houston Press, it has been defined as the free, independent voice of Houston, and we'd like to keep it that way. With local media under siege, it's more important than ever for us to rally support behind funding our local journalism. You can help by participating in our "I Support" program, allowing us to keep offering readers access to our incisive coverage of local news, food and culture with no paywalls.
Make a one-time donation today for as little as $1.