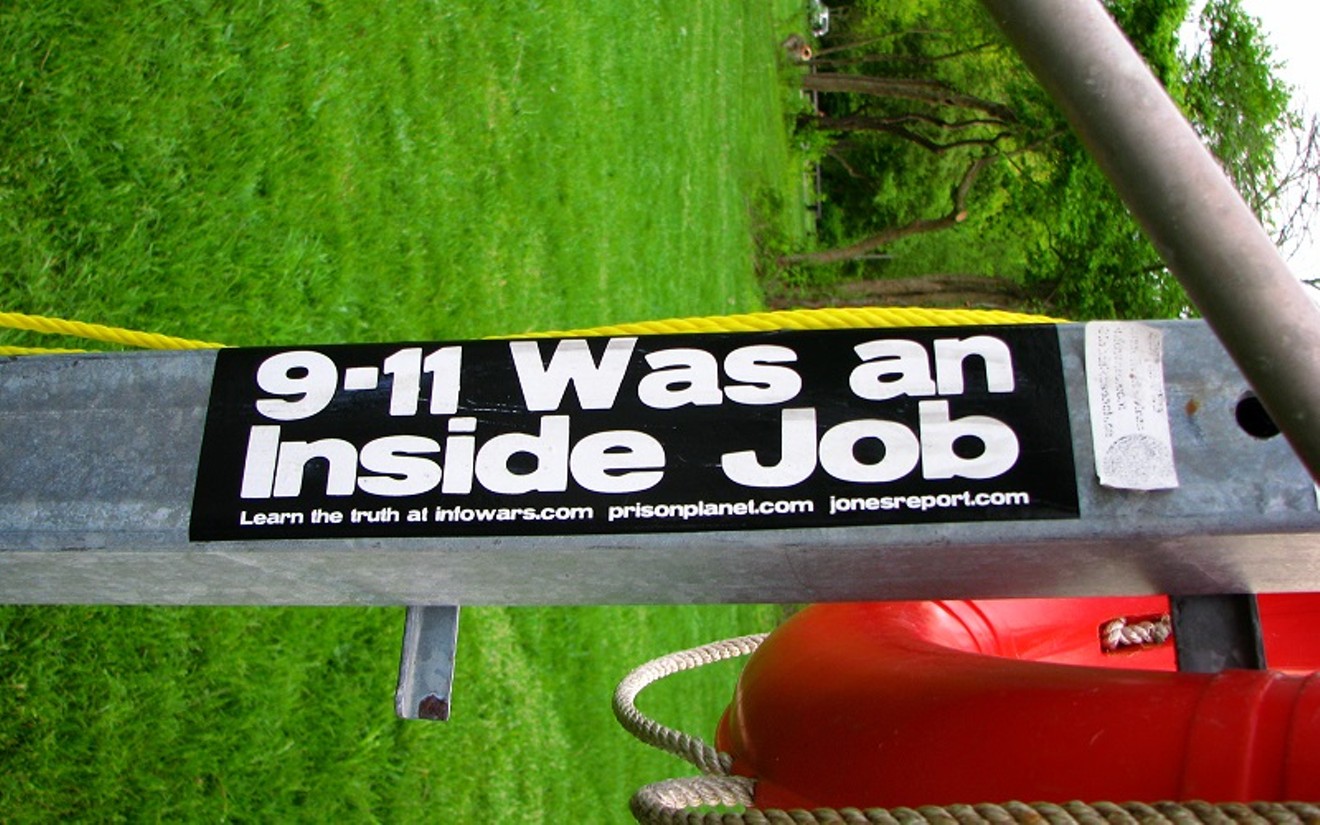 "This should go in a song!" - too many rappers Photo by Michael via Flickr
Music is often made by geniuses who see the world in different ways. Sometimes that’s great, and sometimes you end up with worm-brained insanity with a beat. Rap is extremely vulnerable to conspiracy theory songs because the format works well with unhinged rants. Today, we’re going to look at some of the most poisonous rap songs to spread disinformation and bigotry.

Since we’re still dealing with the COVID pandemic, it’s only right that we start with the king of anti-vaccination kooks, Mike Adams. The founder of Natural News and an entire woo ecosystem of medical misinformation wrote, produced, and performed this collection of nonsense, as well as accompanying it with an animated video. Like a lot of conspiracy theory works, it plays off the idea that following dangerous bullshit is an act of rebellion.

Flat Earth rap is its own sub-genre, but the most well-known of these is B.o.B. because he decided to diss on astrophysicist Neil deGrasse Tyson. The beef was hot enough that Tyson responded to the claims in a factcheck, which of course did nothing to change B.o.B.’s mind but was at least fun to watch. The Earth is round and pretending it’s flat will not make you feel less alone in the universe. Get some therapy, B.o.B.

Tom MacDonald, aka the only rapper Daily Wire’s Ben Shapiro will let touch him, has become a right-wing celebrity because of his MAGA-flavored raps. In practice, he’s a dingus with delusions of Eminem. He rarely focuses on one specific conspiracy theory, preferring to weave a vague web of liberal Illuminati implications. He is, naturally, anti-vaccine, transphobic, and big on All Live Matter.

Scratch any conspiracy theory deep enough and you will come back to anti-Semitism. It’s just inherently built into the DNA of conspiracism going back hundreds of years. In addition to be such a Trump sycophant that he opens a song with a speech by the former president, Young Pharoah just baldly accuses Jews of kidnapping babies. Also, his flow sucks.

Cashing in on the latest conservative verbal diarrhea is Bryson Gray. His tune covers everything from open border scaremongering to claiming Australia is now under some sort of totalitarian control because of COVID precautions. The song starts out fairly listenable but degenerates a bit as Gray’s nuttiness outpaces his ability.

People forget that Macklemore started out his life as 9/11 truther. He’s been… problematic for a long time, but for the purposes of this list we’ll stick to the time he claimed 9/11 was a Masonic plot orchestrated by the former president. It wasn’t, but at least the song itself is pretty high quality.

Not a rap song, but let’s end this list with possibly the best outright conspiracy theory song written in the last decade. Charlie Daniels spent the last years of his life falling down increasingly weird ideological rabbit holes, and it all culminated with this apocalyptic vision of American patriots in a final war with satanically powered leftists. It’s absolutely out to lunch, but it also kind of slaps. Considering that the title comes from conspiracy theory pioneer Bill Cooper’s book of the same name, and how that book ended up influencing everyone from Busta Rhymes to the Wu-Tang Clan, it deserves a place among the rest of tinfoil hat brigade.
KEEP THE HOUSTON PRESS FREE... Since we started the Houston Press, it has been defined as the free, independent voice of Houston, and we'd like to keep it that way. With local media under siege, it's more important than ever for us to rally support behind funding our local journalism. You can help by participating in our "I Support" program, allowing us to keep offering readers access to our incisive coverage of local news, food and culture with no paywalls.
Make a one-time donation today for as little as $1.