Wade In The Water: Gospel Of Rufus Preaches In Latest Single "Harriet Tubman" 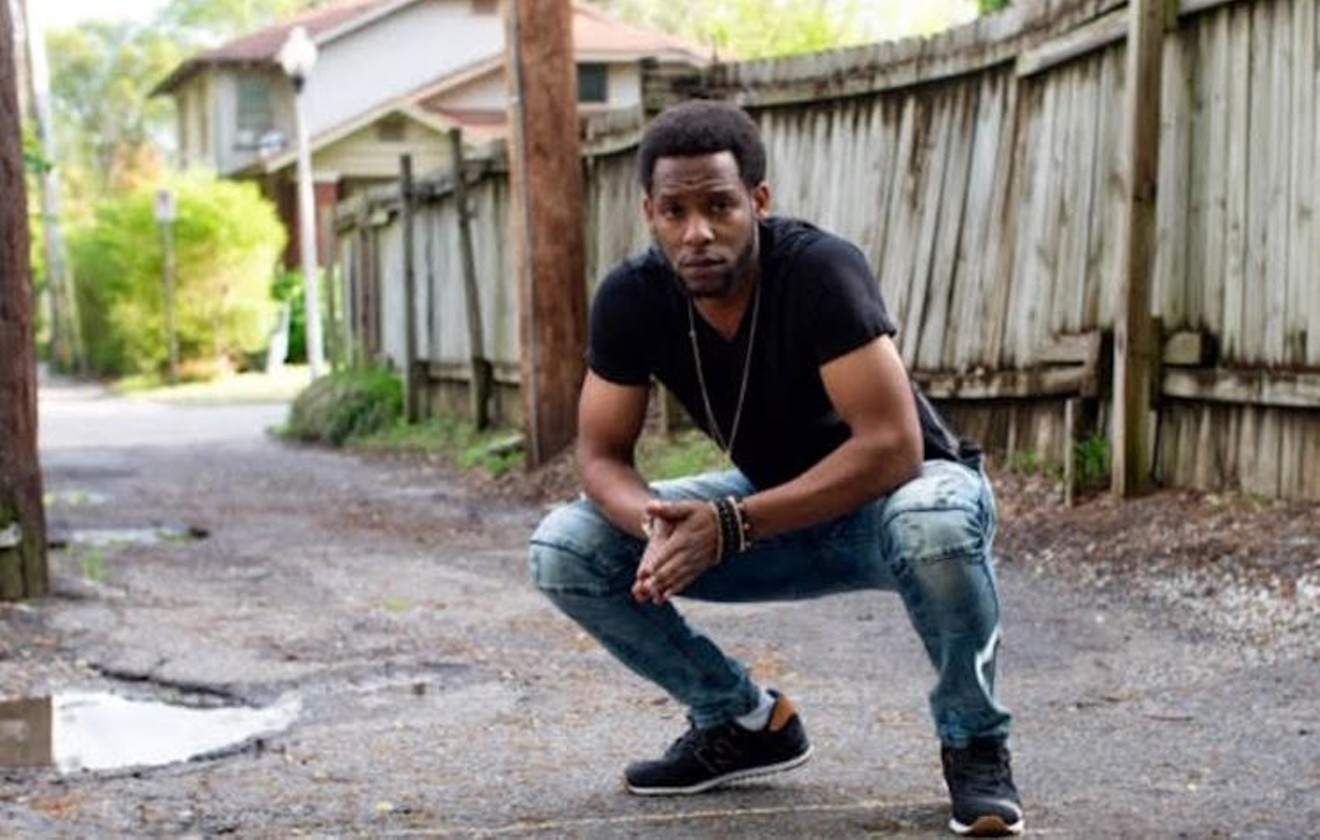 
The year 2020 was supposed to mark the first time in history that a female, American hero would finally grace U..S currency. That image would be of Harriet Tubman, leader of the Underground Railroad, spy for the Union Army and activist in the movement for women's suffrage.

Though Tubman’s face is not scheduled to replace Andrew Jackson’s on the $20 bill until 2027, an artist has been selling a stamp online for individuals to take matters in their own hands and has had an overwhelming response to his product.

Local rapper, The Gospel Of Rufus is honoring Tubman in his own way with the release of his new single and video for “Harriet Tubman.” In the song, Rufus narrates his personal story mixed in with the amazing history and perspective of the historical figure.

The song touches on the many struggles that people of color continue to face and the skepticism experienced by many who have been let down by the system. Rufus is not shy about dropping his opinion about current events while simultaneously weaving in Tubman’s own bravery and personal sacrifices made to improve the lives of others.

Rufus, who recently returned to Houston to be with his young son after living in Memphis and establishing his musical career there, is hoping to get a new start in his native city.  In 2017 Rufus released Alternate Path featuring Houston's own Fat Tony.

Though he is starting fresh in every sense of the word, his determination drips from the cryptic beat of the song and his forceful lyrics. “I always say, the Gospel of Rufus, I use my story to inspire faith through failure,” says the artist.

"I use my story to inspire faith through failure."


Rufus grew up in Houston and his time spent in the church during his youth is evident in his song.  "I love gospel music and the power behind gospel music; the choir, the organs and the art of preaching,” he says.

“I'm not a church goer or a religious person, but being around it my whole youth, I’m heavily inspired by the church.  That inspires my sound and that's where the Gospel of Rufus comes from.”

Rufus felt inspired to write the song after exploring Tubman’s history with his young son during quarantine, starting with the two watching the 2019 movie, Harriet. His son, like most nine-year- olds, is interested in superheroes and in Tubman, he saw just that.

“My son remarked, ‘Wow, she has powers.’ and that was something that I really felt. What she was able to accomplish, freeing almost 1000 slaves, really seemed supernatural and so I concluded that she has to be one of the greatest American heroes of all time.”

“Harriet Tubman” is the first single released from the artist’s newest project and coincidentally, was released on the heels of Kayne West’s recent controversial statements made about Tubman in which he stated that she did not in fact “free” slaves but instead, sent them to work for other white people.

Rufus points out that West is in fact one of his favorite rappers, he and his son even went to watch him perform at Lakewood Church, but this statement was not one he could support.

“If he were to say something like, black people when they were free were still not operating free within the system, still weren't seen as equal. If he fleshed it out and said something like that, but he kind of just blurted out ‘She didn't free the slaves’ which just comes off as ignorant and disrespectful.”

Rufus has not written off West as an artistic influence and continues to hold in high regard the experience he and his son had at Lakewood Church during his performance.

“It was a beautiful experience. I really felt that I was in a once in a lifetime hip-hop experience. Me growing up in the church, I'm always wondering if this is a genuine moment for Kanye, or is this just his latest marketing ploy but just seeing his live show and seeing what he's following up with, it seems real.”

“Harriet Tubman” displays Rufus’s personal views on a flawed system and his general distrust of the voting system. Though Rufus participated in Obama’s first term election by voting while living in D.C., he currently is not as hopeful about what he sees in the nation's capital.

When asked about the obvious backlash his statement in the song could receive from listeners Rufus is not closed off to discussion. “I have been educated since I put that song out. My sister and a few friends have pointed my attention to the fact that local politics probably seems more worthy of my attention and me just moving back to Houston, I do plan on educating myself.”

Adding, “One thing I have to say is, I am very empathetic to the fact that my ancestors did die and they did fight for me to have the right to vote. I do understand that and if I were to participate in the voting system that would be the reason.”

The video, shot here in Houston near railroad tracks that lay at the feet of the downtown skyline, was a simple concept by Rufus brought to life by local videographer Shot By Benzo and dancer Taja Ashaka.

“The video was supposed to be a representation of the Underground Railroad and the action scene that was in there was a modern day vision of what it would be like if a slave was escaping and if Harriet Tubman saw that and wanted to help. It’s a big metaphor.”

Ashaka lent her dancing and acting skills to the video. “She’s an amazing choreographer, dancer and pole dancer,” says Rufus. “I really wanted to capture her dancing to “Harriet Tubman” but I didn't want the sexiness to distract from the song lyrics.”

Throughout “Harriet Tubman” runs the hidden message to stay strong no matter what and keep the faith with Rufus repeating calmly, “Wade in the water,” a direct quote from the famous Negro spiritual sang by slaves to communicate about the Underground Railroad.

Even for those unfamiliar with the history behind the line, the sentiment that walking calmly through a challenging experience with strength and faith can lead you to the other side is clearly felt. “I just think that the power in those coded songs is so strong, it gives me chills.”

“That’s how I feel in life right now, I’m couch hopping. You could say I’m homeless but I’m not hopeless. I feel like I’m just wading in the water, waiting for my time and it's coming. I feel like with the plan that I have to get this music off and the music that I’ve been creating, it’s just going to be very powerful, like a Negro spiritual.”
KEEP THE HOUSTON PRESS FREE... Since we started the Houston Press, it has been defined as the free, independent voice of Houston, and we'd like to keep it that way. With local media under siege, it's more important than ever for us to rally support behind funding our local journalism. You can help by participating in our "I Support" program, allowing us to keep offering readers access to our incisive coverage of local news, food and culture with no paywalls.
Make a one-time donation today for as little as $1.