As a personal rule, I avoid contention. Naturally anxious people tend to be like that. But all week I’ve been reading Facebook threads between local musicians about this Houston Press article. This has happened before, too — evidently there’s plenty of mileage in taking the scene to task over various perceived slights to the community at large. And musicians have not been shy about taking the Houston Press to task right back.

I feel the need to chime in because, well, it hurts me. In a way, it hurts all of us. This situation is painful for me any way I look at it, for two reasons:

Right now I’m a kid whose parents are fighting. I’m the guy who went to a dogfight and bet on both sides (hopefully minus the stupid and cruel aspects of that scenario). Mostly what I am at this moment is someone with an intense vested interest in a thriving music scene.

As a contributor to both worlds, I’ve found myself in a unique position to speak up about what I think it is we all want: an “awesome” music scene. Although there is disagreement as to whether we’re already there, whether we should say we are, what that even means, etc., we can all agree that’s what we want. So there’s the baseline.


The truth is, Houston musicians rely on the Houston Press. It’s one of only a few major publications in the area covering their releases and their shows. When musicians hear they shouldn't think their scene is awesome, or that they're lazy and should try harder, it hurts them. It divides the press and the musicians, when it takes both working together to truly create a scene.

Houston’s scene suffers (pun intended, sorry) by direct comparison to one of the most celebrated music scenes in the country, a mere few hours up I-10. When you’re that close to the “Live Music Capital of the World,” it’s hard not to feel like Austin’s little brother. Touring bands often skip us, and local shows can often be sparsely attended. We have a huge, sprawling population and no real centralized area (i.e., like 6th Street in cool-big-bro Austin) for potential audience members to pop in and out of local venues.

But if the focus is on what we don’t have, it’s harder to appreciate what we do have. We can build on that until the don’t-haves become the could-haves and eventually become the glorious realities of our music scene. A positive attitude, a can-do spirit and a firm grasp on our assets as a community are what makes and will continue to make Houston its own great scene.

I contacted many of the people directly involved in the scene for their thoughts. The ultimate message was one of unity: “I wish local media and bands could work together to bring the music scene up. I know what everyone wants is the same thing: more eyes on the cool stuff that is going on in this town,” said Sarah Hirsch of local band Jealous Creatures. “We should be able to figure this out. We're a big city with a lot of smart people.”

The support of other bands and people involved in local music is an incredible foundation for the scene to build upon. Whether that makes it awesome or not at this point is, of course, extremely subjective, but that communal love is definitely something special.

When Danielle Renèe of Only Beast says, “All we have here is bands helping bands. All we have here are bands that give up everything else to work on their music and whatever else comes with it,” it’s clear she has a passion for the scene and the people she’s met within it. She went on to tell me, “That’s what makes this scene awesome: people working together out of positivity and a love for their craft.”

One of the most simple, elegant responses I saw was this:

Daniel Jackson, who works closely with The Suffers, went on to comment a flurry of direct links to Bandcamp pages, official websites and SoundCloud accounts for well over 100 active Houston bands and artists. Taking the old adage of “show, don’t tell” to heart, he backed up his words with undeniable proof of great music coming from this city.

The Houston music scene is pretty awesome. That’s what I think as a Houston musician, and that’s what many others who are involved think as well. As someone who submits pieces to the Houston Press, I also believe it can be better. In fact, I don’t think anyone disagrees on that. We can all be better contributors to the scene we’re a part of.

Here’s my checklist of ways I can personally improve:

In closing, here is an awesome Dollie Barnes song:

Hit me up if you want to talk about Houston music. I always want to know more. 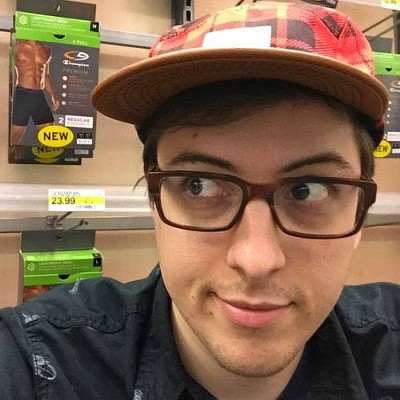