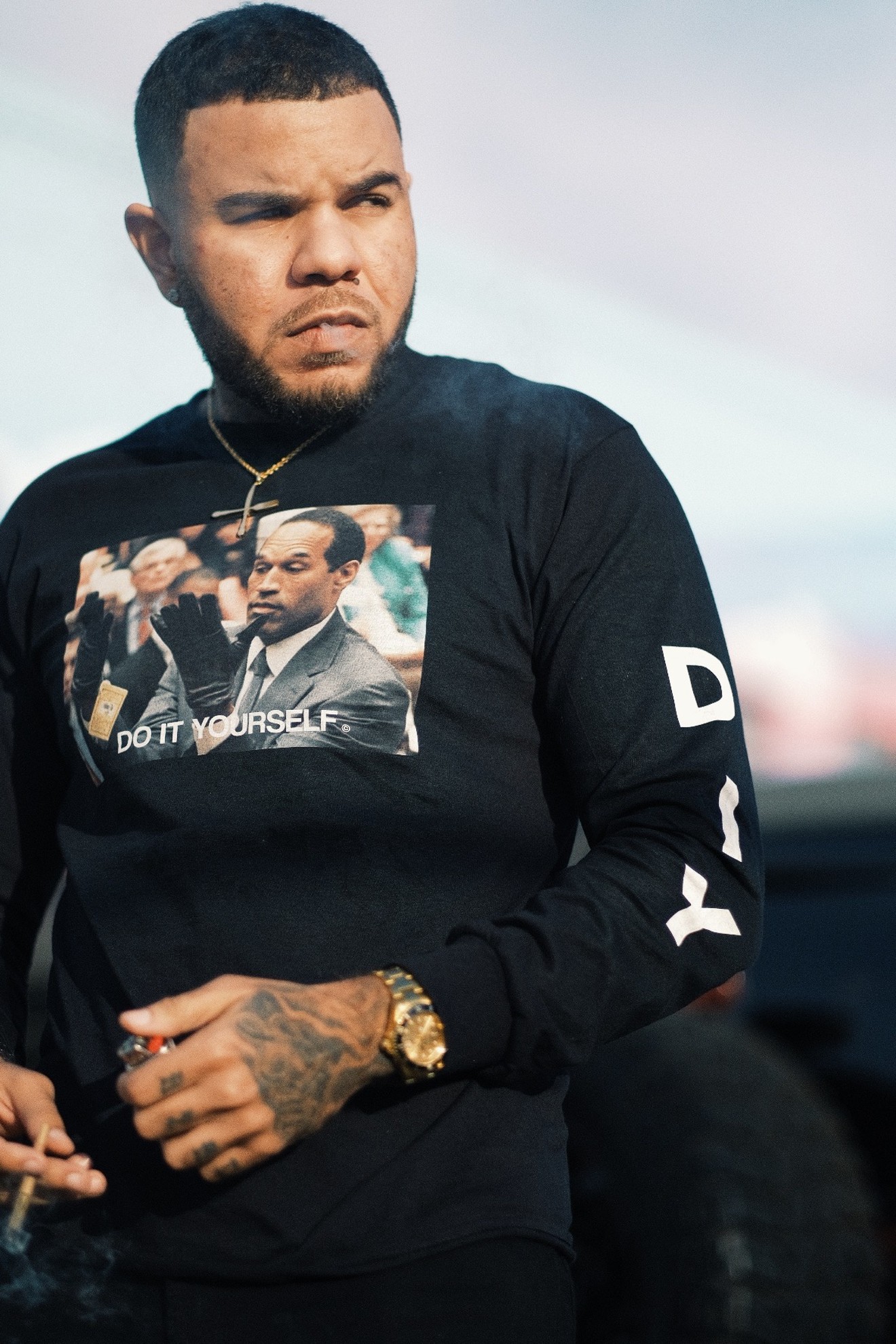 LE$ is Houston's underground mogul Photo by Jorge Casanova
In many ways 2018 was a quiet year for Houston hip hop. Sure, we got Astroworld, the career defining album by Mo City's favorite son, along with the nostalgic festival of the same name. We also welcomed break out independent phenom Tobe Nwige into the national spotlight and enjoyed the enduring relevancy of Bun B with the release of "Return of the Trill". But in the end, H-Town was noticeably absent from the industry's top charts as trap, emo, and so-called "mumble" rap continued to dominate mainstream attention. Despite the snubs, the city's rap scene continues to thrive thanks to a community of self-supporting creatives and independent trailblazers.

The new year brings the promise of new music from several of the city's most exciting artists, as well as continued momentum for some of last year's break out stars. The following are nine acts we will be watching closely all year. A wide range of talent representing every facet of the city's rap scene. From the risque bars of our most captivating female MC to the conceptually ambitious visuals of our resident alien, these are the artists currently defining Houston hip hop. 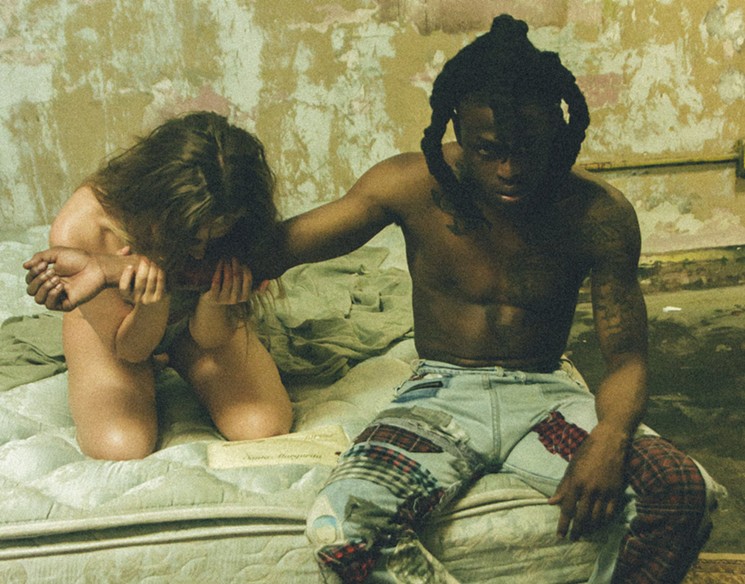 Few artists in any genre are creating music as unique and ambitious as Billyracxx. The Florida-born rapper calls himself an alien and we tend to agree. His "punk rock meets trap" aesthetic is definitely not of this world. Billy's brand of hip hop is a refreshing departure from the traditional Houston sound. Though, ironically, his organically grown platform and independently produced content are more true to the DIY Houston rap legacy than most others in the game.

His singles, including a recent track titled "Iconic," typically premiere with an accompanying visual component. For Billy, videos are not creative afterthoughts — every project is an equal part sonic and visual experience. His new EP, Religion, currently being produced by the Atlanta-based ChaseTheMoney, is set to drop early this year and will likely expose Billy to a larger national audience. ChaseTheMoney is one of hip hop's hottest producers, having already worked with the likes of Lil Yatchy, Offset, and many more. This latest milestone in Billyracxx's career may be a breakout moment for Houston's very own alien.

The provocative and wildly talented, Megan Thee Stallion, is no underground queen. She is one of the hottest acts coming out of Houston at the moment and just released a single with Wale last month to prove it.

The raw MC hit the scene in a major way in 2016 after a sultry verse in a Houston cypher caught the attention of both fans and industry peers. She's been on a rapid trajectory ever since, amassing over 300K Instagram followers and building a stellar reputation with track after track of explicit, rapid-fire bars. This year the Texas Southern student will release a mixtape titled Fever that is likely to catapult her career even further.

The "it girl" of Houston rap is on course for major stardom, but you don't need to tell her that. Her fame is largely a product of her vivacious confidence and super-star demeanor. This is one MC who doesn't need permission to take over the game. 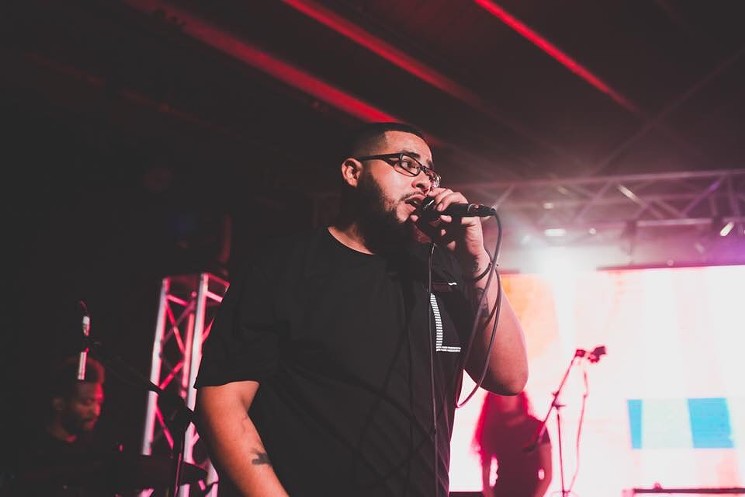 Raymond A is the dark horse of Houston rap. He's been around for years, releasing several impressive mixtapes in that time. The lyrical MC with an old school freestyle teamed up with Houston producer Steve O Valdez in early 2018 and the two have been inseparable creative partners ever since. Raymond was even invited to assist in the production of Lil Wayne's Tha Carter V, on which Valdez produced two tracks with Mannie Fresh.

RYMNA is set to kick off 2019 with a full length project titled Joseph. The project is expected to be his best produced and most ambitious to date, and will likely feature production by Valdez and Raymond himself. Fans of the underrated wordsmith have high hopes for his latest venture, and only hope it reaches its deserving audience. 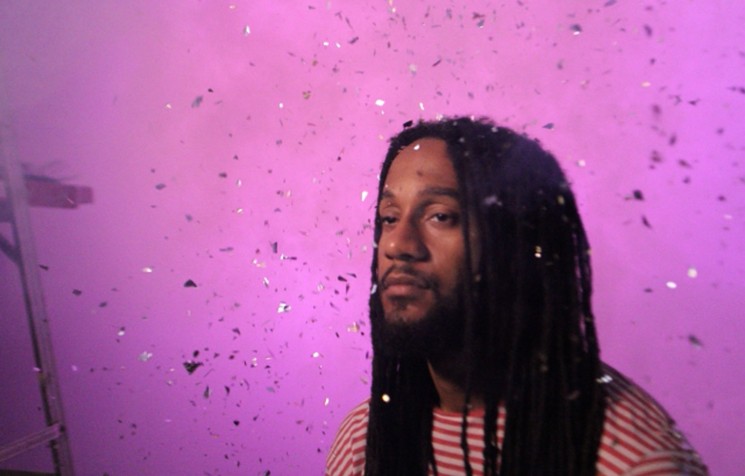 Houston's favorite flower child had a hell of a 2018. The PVAMU alum and expecting father caught a major break last summer when he collaborated with Tobe Nwigwe on their single "TEN TOES". The overwhelming fan response landed Woods a spot on Tobe's brief U.S. tour (which has now been extended to include a Houston date). His jazzy vocal style and chill-hop vibe do little to distract from the refined intellectualism he brings to his verses. In fact, the clarity of his vocals bring those woke bars to the forefront of his every track.

Tim keeps his growing fan base entertained with his weekly freestyle project, Mulch Mundays — original freestyles and music videos he releases at the top of every week. The project has evolved over the past year into an extremely well produced series, both musically and visually, and is driving his creative and lyrical growth. Fans of Tim Woods can expect more weekly releases and perhaps a full length project from socially conscious lyricist later this year.

Few rappers in the industry can match the hood credentials of Alief's Maxo Kream. The southwest Houston gangster rapper has a reputation for sometimes keeping it too real. Yet, when Maxo's protege D Flowers jumps into frame in the video for their single, "Go", his roaring voice and towering persona steal both the scene and the track.

A year ago, few in the city had heard the name D Flowers. The rapper had put out some singles and featured on a few well received tracks, but had yet to have a breakout moment. Kream provided that opportunity with an invitation to feature on "Go", which would become the single for his debut album, Punken. D Flowers seized the opportunity and used it as a launching pad for his career. The talented rapper is a born performer, as natural on mike as he is on camera. Using his intensely baritone freestyle, he weaves stories of an impoverished childhood and a troubling life on Houston roughest streets. Fans of Flower's booming voice can expect more releases and hopefully a debut EP or album in 2019.

The St Louis native who has called Houston home for the past decade has a life story worthy of a biography. The former gang member took a bullet at the age of 15 and nearly lost his life. He was sent to Houston to turn his life around, where he found faith and and a passion for music. After getting his start with a faith-based youth hip hop group, AJ went solo at the age of 19 and has been searching for a breakout ever since.

The anti-violence and spiritual message of his music make a broad audience more difficult to reach, but McQeen has earned a committed following through his highly intelligent lyrics and powerful social message. The gangster turned rapper just launched a new mixtape series titled, Goat-ish, and will release new tracks as "episodes" in that project throughout the year.

If there is an underdog in Houston hip hop it is undoubtedly the artist formerly known as T2 the Ghetto Hippie. Now just t2, The Latino MC has been putting rhymes to beats longer than most, managing to land some impressive collaborations and his fair share of accolades along the way. Despite the highlights, the raspy-voiced t2 has long struggled to reach a broader audience with his lighthearted, party-themed singles and mixtapes.

Last year may have been the quietest year of his career, with seemingly no new music since his well-received Taco Trucks and Double Cups mixtape dropped in 2017. Yet, while he was laying low musically, t2 made major changes in his life. The rapper reportedly stopped using drugs, dropped 45 pounds, and has been amassing an arsenal of music he promises will surpass any of his previous releases. His new project, tentatively titled, Love. Drugs. Etc. is set to drop in early Spring.

If Travis Scott is the current king of Houston hip hop, give Tobe Nwigwe a slightly smaller castle and his own royal title (Duke of Alief has a nice ring to it). The Nigerian-American football star turned rap prodigy went from poorly recorded Instagram freestyles to 200K followers and a spot in the 2018 BET Cypher in less than 12 months — all from an organically generated independent platform.

The spiritual lyricist brings wildly complex verses and grammy-caliber production value to everything he does. Along with a creative team that includes rockstar female producer, LaNell Grant, Nwigwe wowed the nation in 2018 with his weekly video series, The Originals, and his debut album, Tobe From the SWAT. Already, he is showing no signs of slowing down in 2019. His first release of the year, "AGAINST THE GRAIN", has been viewed 34,000 times in less than a week and sets an extremely ambitious tone for the year. 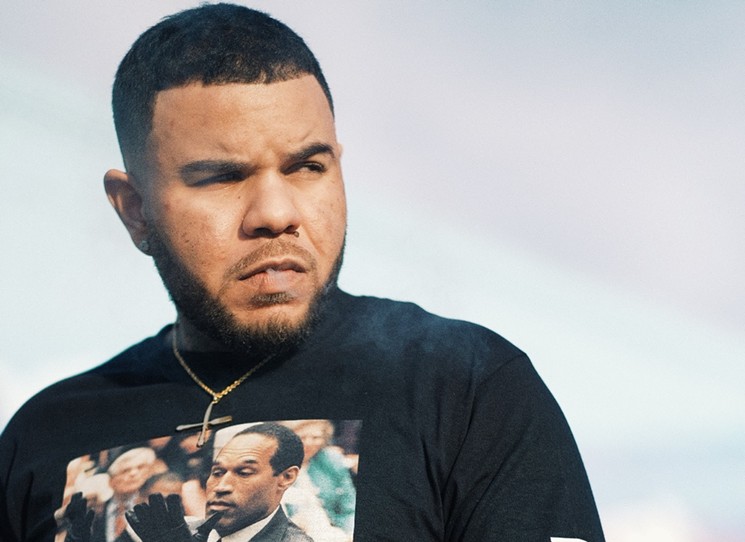 CHICO aka LE$, otherwise known as Steak & Shrimp, is not the type of rapper you'll hear on local radio. He doesn't get much love from industry publications, or make it onto MTV weekend countdowns; and he's OK with that. The independent artist has built an extremely loyal foundation of fans around the world since hitting the scene in 2013. After two brief label tenures — one with Slim Thug's Boss Hogg Outlawz, another with Curren$y's Jet Life — the Houston native turned independent in 2017.

Whether filming videos in Japan, dropping multiple award-worthy mixtapes in one year, or making his professional wrestling debut, LE$ literally lived his best life in 2018. His career provides an example of what creative freedom can do for a genuinely authentic and innovative artist. LE$ may fly below the radar, but he's the type of artist who actively defines Houston rap, borrowing from both the past and the present to craft his sound. 2019 will likely be another year of impressive work from an artist that Houston should be proud to call its own.
KEEP THE HOUSTON PRESS FREE... Since we started the Houston Press, it has been defined as the free, independent voice of Houston, and we'd like to keep it that way. With local media under siege, it's more important than ever for us to rally support behind funding our local journalism. You can help by participating in our "I Support" program, allowing us to keep offering readers access to our incisive coverage of local news, food and culture with no paywalls.
Make a one-time donation today for as little as $1.