Everything You Should Know About Houston's Record Store Day 2017 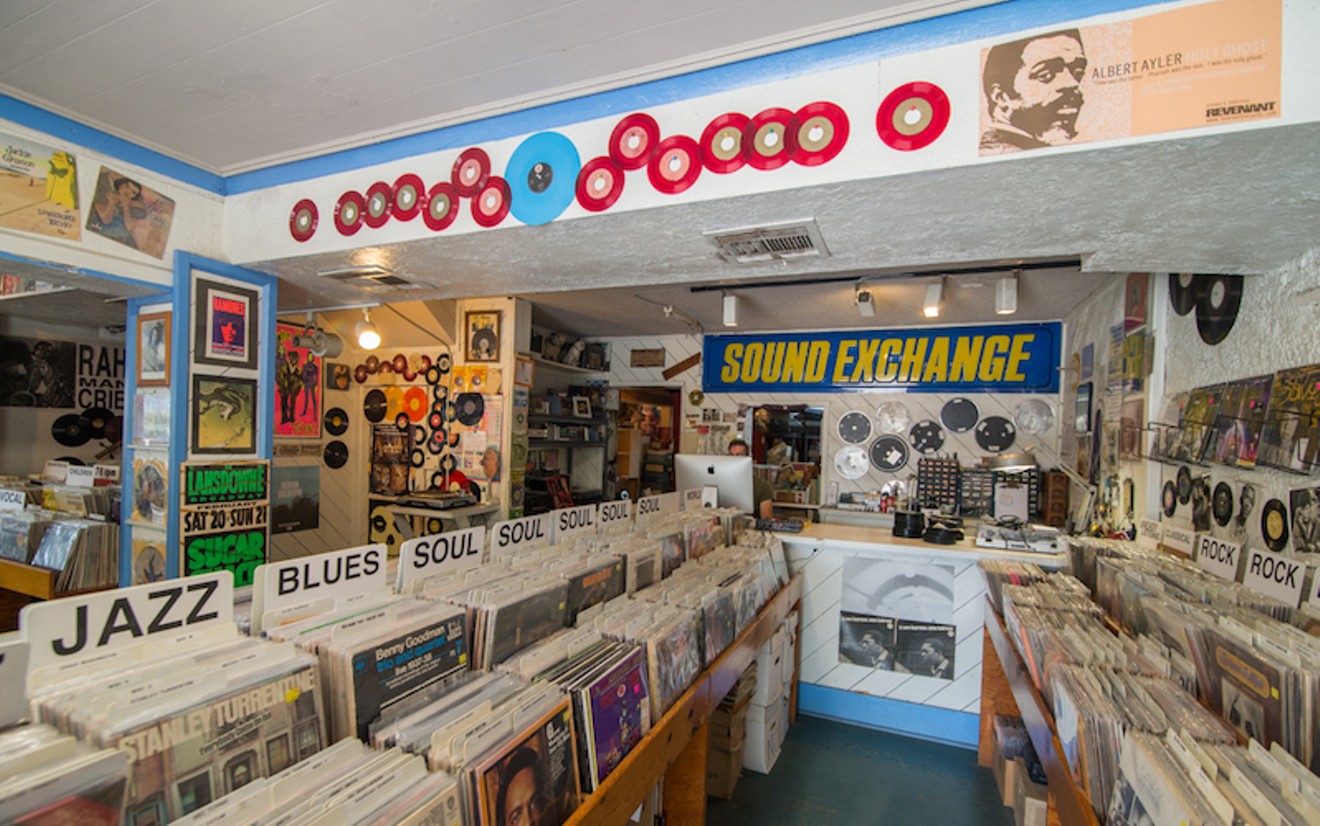 The scene at Sound Exchange Photo by Jack Gorman
Now in its tenth year, Record Store Day has grown from being a small grass-roots movement aimed at promoting locally owned record shops to an international celebration of vinyl and music, with stores from all over doing their part to making the day bigger and better than the last. With RSD 2017 happening this Saturday, shops around the Houston area are preparing for the highly anticipated day by stocking up on special-edition vinyl and other RSD-exclusive merchandise (a full list is at recordstoreday.com), scheduling in-store shows and more. Here's what you can expect at some of Houston's finer record shops, but please, don't wait until RSD 2018 to visit them again.

CACTUS MUSIC
2110 Portsmouth; cactusmusictx.com
Cactus Music will be hosting a slew of can't-miss in-store performances throughout the day beginning at 11 a.m with a DJ session from Charlie Harrison of Charlie & the Regrets.

Following Harrison’s set, Houston’s own Bun B will appear for a special autograph session from 1 to 2 p.m. The legendary UGK rapper will be celebrating the 25th anniversary of the group’s first album, Too Hard to Swallow, as part of the meet-and-greet signing session. The album is being reissued on vinyl for RSD for the first time ever by the label Get On Down. 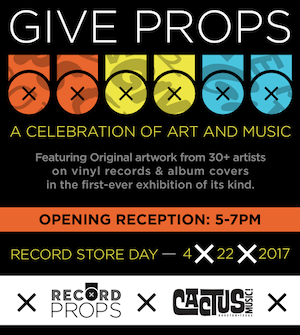 Cactus Music
Chapel Hill duo Mandolin Orange will take the reins from 2 to 3 p.m. with an in-store performance of songs from their new album, Blindfaller, plus some other hit singles from their 2013 debut, This Side of Jordan. From 3 to 4 p.m., Philly-based indie-rock favorites Clap Your Hands Say Yeah will be giving an in-store performance of their newest release, The Tourist, which debuted in February of this year. The album follows along the same path as the band’s 2014 album, Only Run.

Beginning at 5 p.m., Cactus and curator Record Props will team up to host the Give Props Art Exhibit, celebrating original artwork on vinyl records and album covers from Houston artists. The exhibit will also feature live DJ sets from some of said artists and more.

Country and Americana singer Jason Eady will close things out Saturday with an in-store set beginning at 7 p.m, but Cactus's RSD festivities will continue on Sunday with a 5 p.m. performance from Sarah Jarosz, supporting her award-winning fourth album Undercurrent.

Besides the performances, Cactus will have plenty of deals on vinyl and RSD-only editions, including a 7-inch of The Smiths' "The Boy With The Thorn In His Side," a 2-LP set of The Black Angels' Death Song, a 2-LP set of The Cure's Greatest Hits Acoustic, The Time's LP What Time Is It? and other exclusive releases. For more information, visit the store's website.

VINAL EDGE RECORDS
239 West 19th; vinaledge.com
Vinal Edge won’t have any in-store performances for RSD this year, but is still a prime place to stop for dedicated crate-diggers looking to snag some rare wax. The store will offer most RSD releases, as well as rare non-RSD trade-in vinyl available for sale. The store will open at 9 a.m., and for those needing a caffeine fix, Vinal Edge will be giving out Boomtown Coffee throughout the day and doughnuts for the early birds.

Vinal Edge has even got non-vinyl collectors covered. The store will launch a buy-one/get-one-used CD sale at noon. There will also be tons of items given away for free during the day, including T-shirts, posters, record bags, CDs and more.

Photo by Jack Gorman
HEIGHTS VINYL
3122 White Oak; heightsvinyl.com
Heights Vinyl is teaming up with Karbach Brewery this RSD to bring you an afternoon of live music and ice-cold craft brew. The live music runs from 1 to 4 p.m. and will be brought to you by Micetryo Music.

Visitors can browse through the collection while sipping on beer, which will be free on Saturday and served from tap inside the store. Opening its doors earlier this month, Wax Taps is looking to bring in veteran vinyl collectors, as well as attract new listeners to the vinyl community.

SOUND EXCHANGE
1846 Richmond; soundexchangehouston.com
For this RSD, Sound Exchange will be having local DJs spinning records throughout the day. The store's collection offers an eclectic mix of jazz and metal, along with a selection of classic rock and indie.

Sig's Lagoon
Photo by Jack Gorman
OTHERS
If time permits, be sure to add these other record shops to your Record Store Day route. Each one will surely have something different to add to your record collection.