Roddy Ricch Performs for a Sold-Out Crowd at Warehouse Live 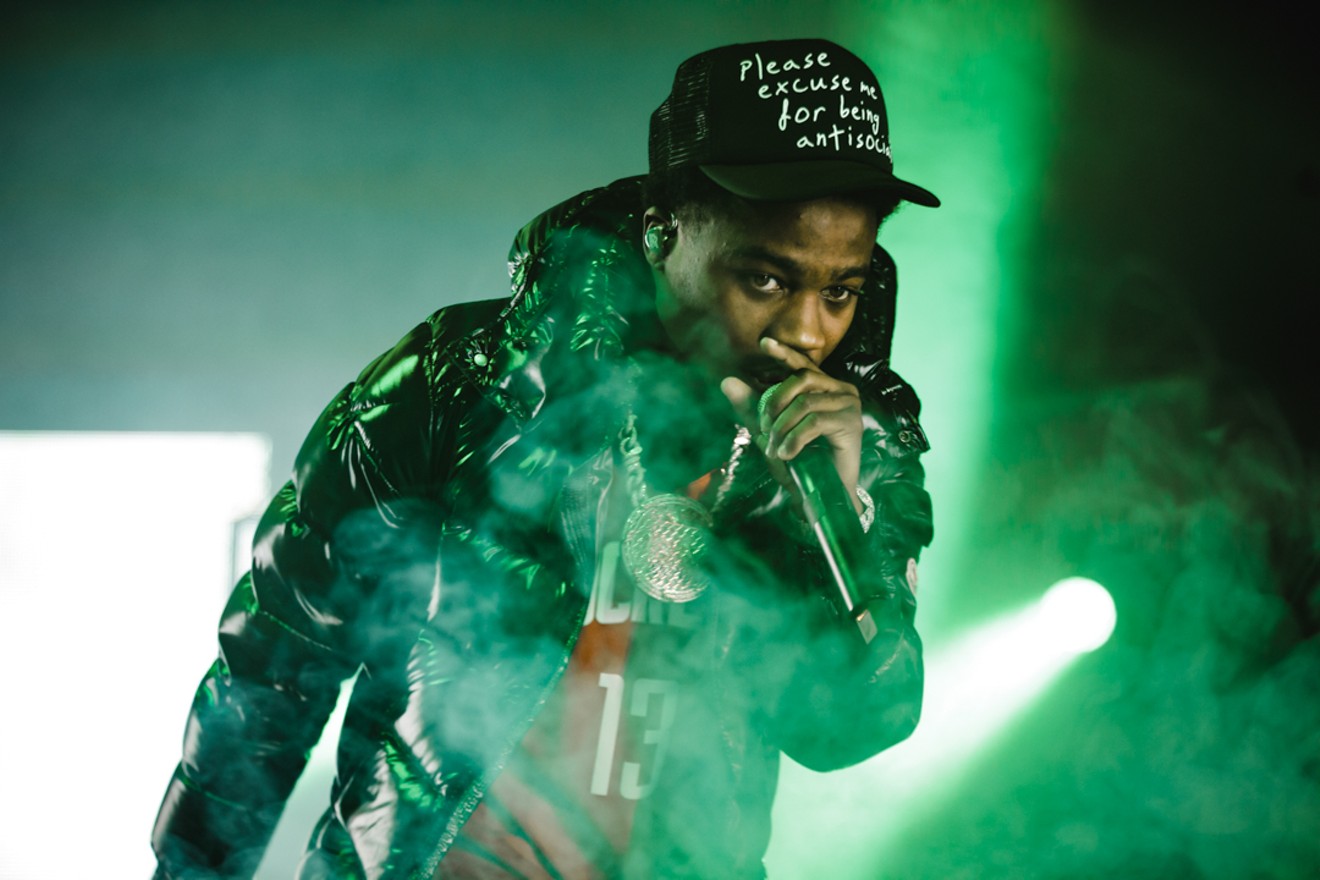 The opening creak from the No. 1 song in the country filled the main ballroom at Warehouse Live. Roddy Ricch, bathed in color changing spotlights held his hand up as if to brace the audience for the encore of his hit single.

“I need everyone in here to go crazy when this drops again,” he yelled as smoke shot into the air around him. The audience jumped in unison as "The Box" filled the room.

Roddy Ricch touched down in Houston Friday night with his The Anti Social Tour and performed for a packed house.

“It’s been a while since I’ve been in Houston and I didn’t even get to get out there,” laughed Roddy as he walked back on the Warehouse live stage and addressed the sold-out crowd.

Donning a James Harden Rockets jersey, a black bubble coat, large piece & chain, and a cap with the name of his debut album, Please Excuse Me For Being Antisocial, scrawled across it, Ricch chuckled at his inability to get out and see the city.

“Man…I was sleep on the back of the tour bus for most of the day.”

The rest is well deserved. Ricch has been working at a fevered pitch in recent months. Since releasing his first mixtape in 2017 the Compton rapper has moved from being the charismatic and energetic feature on singles for artists like Meek Mill, Mustard, and Nipsey Hussle to beating out pop superstars like Justin Bieber for the No. 1 song in the country. Ricch’s "The Box" has climbed up the charts, blasting through radios, headphones, streaming services and the background of social media posts on TikTok and Instagram.

The familiar creaking which opens up the hit single echoed off of the walls of Warehouse Live early on in the show prompting a wave of camera phones to shoot up in the air and attempt to capture the moment. Roddy Ricch maintained an energy throughout the show that is not usually seen in a new artist. He bounced across the stage after getting the hit single out the way, delivering fan favorites like "Bacc Seat", "Ballin", "Tip Toe", "High Fashion", and his latest single "Boom Boom Room". He even hopped behind the piano and showcased his ability on the keys while performing a duet with and electric guitar. Before starting the Nipsey Hussle collaboration Ricch took a moment to pay homage to the fallen MC. 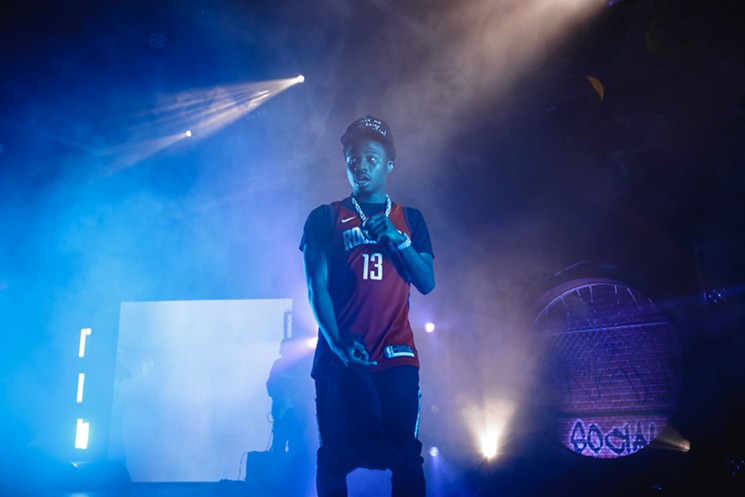 Ricch opened and closed the show with his hit single "The Box".
Photo by David "Odiwams" Wright

“I believe in showing respect so right now I need everyone to put two fingers in the air for my brother,” exclaimed Ricch as the audience lifted hands and cell phone flashlights in the air. The silence of the crowd was broken by the baseline for "Racks in the Middle" blasting through the speakers.

“I need everyone out there to keep their fingers up and sing this for Nip!”

Roddy Ricch has grown from being a featured artist to a solid headliner and his show at Warehouse Friday was proof that he has the keys for a fruitful career.
KEEP THE HOUSTON PRESS FREE... Since we started the Houston Press, it has been defined as the free, independent voice of Houston, and we'd like to keep it that way. With local media under siege, it's more important than ever for us to rally support behind funding our local journalism. You can help by participating in our "I Support" program, allowing us to keep offering readers access to our incisive coverage of local news, food and culture with no paywalls.
Make a one-time donation today for as little as $1.