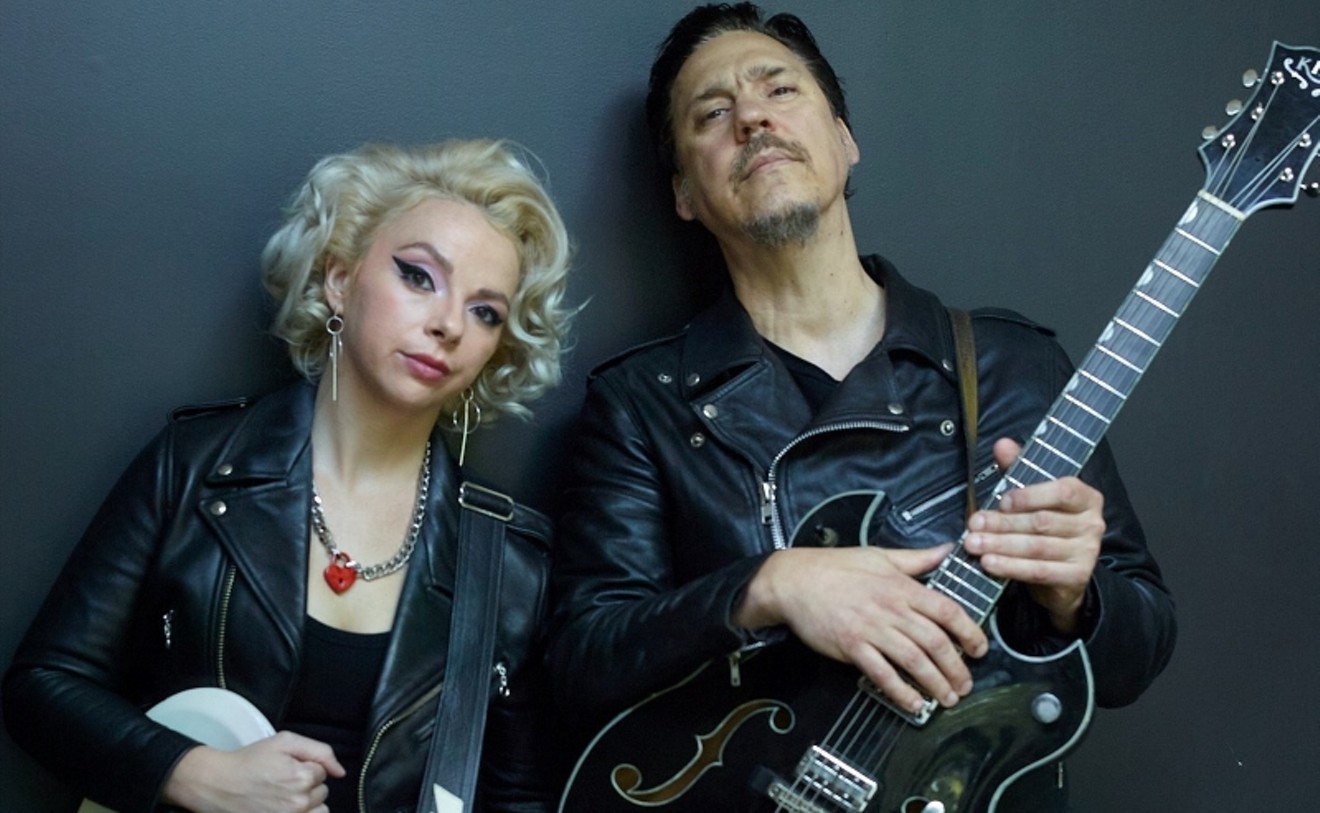 “Jesse and I have known each other for a long time,” Fish says, speaking via Zoom. “I’ve been going to see him since I was really young, when he would come though Kansas City, because that’s where I’m from originally. So we knew each other and have been keeping an eye on each other’s doings for the last several years.”
Then fate intervened, or maybe it was a foregone conclusion. “He came through New Orleans in January of 2022, and my manager wanted to see him, so we popped in. Prior to seeing Jesse perform, we had been talking for the last couple of years about wanting to do a collaborative record with somebody. I leaned over and said, ‘You know that thing we’ve been talking about? This is it, right here.’”

The pairing makes perfect sense, creating intense anticipation for the new album. “It seemed like a really good, really natural fit, and so we started working on songs. We collaborated remotely, and then he came to New Orleans, and we did a writing session. At the end of that writing session, we went to a studio and cut what is now The Stardust Sessions, which is this three-song EP that we just put out.”

The EP, which serves as something of a sneak preview for the forthcoming album, was recorded rather spontaneously, giving it the feel of a bootleg. “Absolutely,” Fish affirms. “That was the spirit in which we got together. We just came together to do a writing session, and my manager sort of surprised us and said, ‘Oh, by the way, you’re going into the studio at the end of this, so pick a few songs that are meaningful to you.’ It has a bootleg feel because it was kind of a bootleg experience. We both played and sang at the same time. It was very much a live band feel.”
The repertoire is diverse, illustrating the musical range of the new collaboration. “We ended up cutting a Clash song, 'Brand New Cadillac,' a Magic Sam song, 'Feelin’ Good,' and a Townes Van Zandt song, 'I’ll Be Here in the Morning,'” Fish says. With that test run under their collective belt, Fish and Dayton went into the studio, working with esteemed producer Jon Spencer, well known for his work with the Jon Spencer Blues Explosion, R.L. Burnside, and Pussy Galore.

“I’m a huge fan of Jon Spencer,” Fish says. “I have been since I was a teenager. He’s a true artist. I feel like he definitely was the perfect person to bring in to make this as exciting as it is for me. I love this album.”

Fish continues to wax rhapsodic with regard to Spencer. “Any time he has a record come out, it’s like a party for your ears. You can hear, sonically, the different elements he pulls in, and the effects and the textures. And it’s all very aggressive, it’s rock and roll. And it’s experimental in a way. He brought that adventurous, experimental spirit to this. He’s a great producer, and he’s got an artistic soul.”

Spencer, known for coaxing unique sounds out of vintage gear, brought a number of older amplifiers to the recording sessions, but even more amp options awaited the team. “The studio we recorded at is in Woodstock, NY, a place called Applehead.  They had everything you could imagine. I was playing through little tiny Supros from the ‘70s, I was playing through big solid state amps. My favorite was an old PA speaker from the Woodstock elementary school that they had modded and worked out a way to plug it in, and it had the coolest tone. It was not meant to be an amp, but Jon is adventurous with guitar tones.”
In addition to providing technical expertise, Spencer helped shape the album’s performances and arrangements. “This was kind of a new thing for Jesse and me. We’ve both been solo artists for so long. It was nice to have an objective third party there with such an artistic vision to help us navigate how to pull this off,” Fish says.

When two guitarists are playing on the same track, an important production consideration involves ways to make both guitar sounds distinctive, so that the listener can tell who is playing what. Fortunately, this did not prove to be a huge challenge. “Jesse and I have such different approaches to guitar playing,” Fish says. “We have different guitars, and our hands are very different, so you can definitely hear the two voices on the album. It’s really cool.”

So the album is complete? “Yeah, it’s finished! And I think it’s really good. I’m excited to hear what people think about it, because I think it’s very special. Jesse and I wanted to do something that was different for both of us,” Fish says. “We wanted this to be a unique kind of collaboration. Not a Jesse Dayton-sounding record or a Samantha Fish-sounding record. We wanted something very unique.

“Any time you bring in another person, anybody that you bring in for that session is going to color this canvas that you have. So being able to come in, in a true collaborative sense, and do duets, you’re taking yourself out of this very personal writing stance. It’s a shared thing. It’s a challenge, in all the right ways, in a good way. It’s something I’ve always wanted to do. It’s just an idea you have, and you’re just waiting for the right person to come along, to explore with.”
Fish and Dayton recently played the Whisky a Go Go on the Sunset Strip in Hollywood, joining a roster of musicians that includes Otis Redding, Elton John, Alice Cooper and Led Zeppelin. The significance of the booking was not lost on the duo. “We’re obsessed with rock and roll history. We’re obsessed with a place that has been at the forefront of the music that we love for decades,” Fish says. “We wanted to go be a part of that story. Between his friends that are musicians and my friends that are musicians, we had a roomful of very intimidating characters watching us.”

So does Fish actually get nervous when she knows that famous folks are in the audience? “I just try to block them out,” she says. “I try not to think about them. We sold that place out, so that show was for those people in that room. You just give everything you’ve got, and that’s all you can do in music. It’s just about making those people who showed up have a good time, because they’re there to do that. They bought the ticket to take the ride, and all I have to do is flip the switch and give them a good time. And if I take that pressure off — of it being about me and me and me - it's all about them. They’re the ones who bought a ticket, they’re the ones who drove downtown, they’re the ones who got a babysitter or took time off work to do this. So if I take myself out of it, I’m just the purveyor of a good time.”

Samantha Fish and Jesse Dayton will perform on Sunday, January 15, at the Heights Theater, 339 W. 19th. For more information, call 214-272-8346 or visit theheightstheater.com.$32.
KEEP THE HOUSTON PRESS FREE... Since we started the Houston Press, it has been defined as the free, independent voice of Houston, and we'd like to keep it that way. With local media under siege, it's more important than ever for us to rally support behind funding our local journalism. You can help by participating in our "I Support" program, allowing us to keep offering readers access to our incisive coverage of local news, food and culture with no paywalls.
Make a one-time donation today for as little as $1.