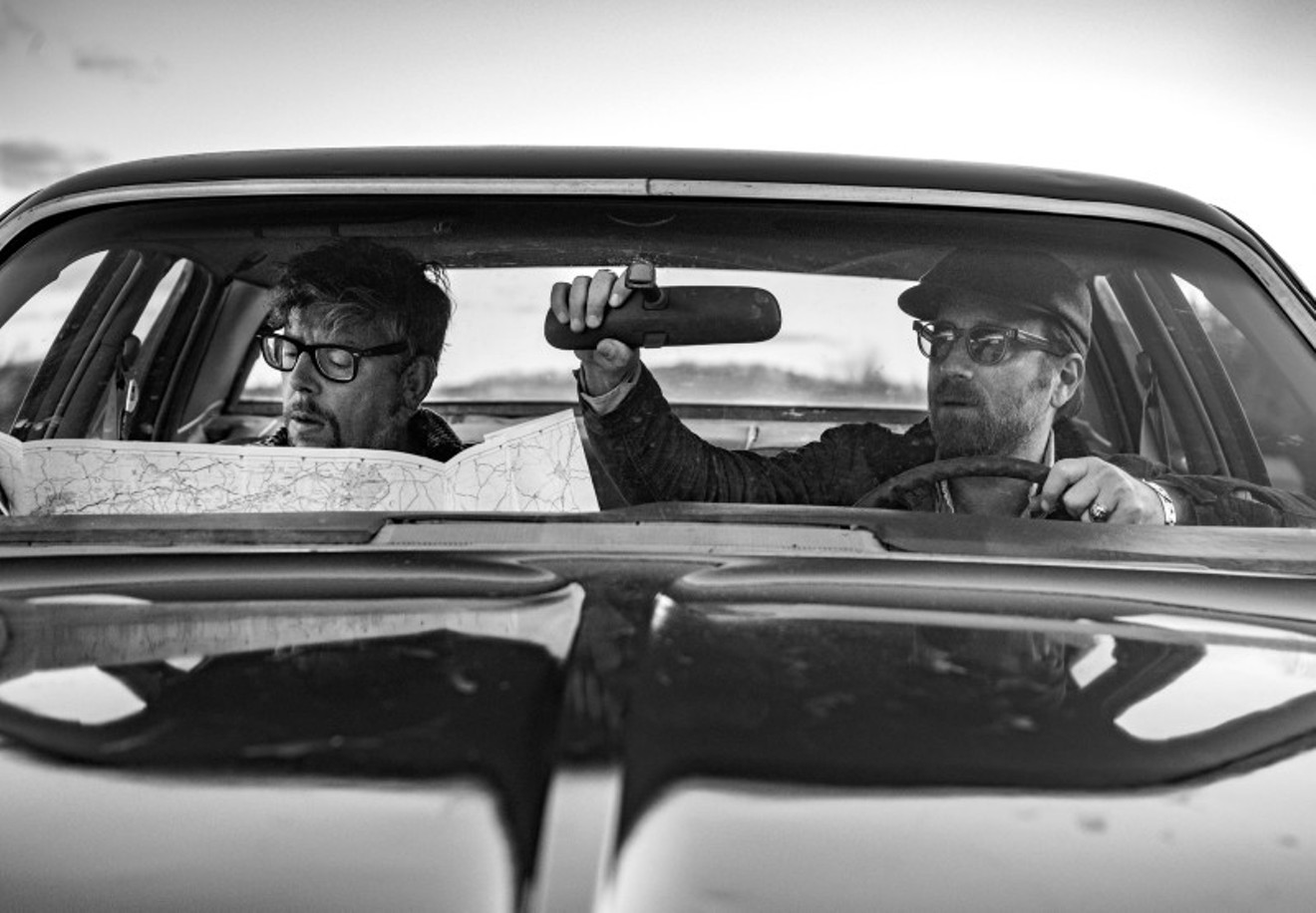 The Black Keys are headed to a Houston dive bar this fall and you can come along Photo by Jim Herrington, courtesy of Grandstand Media
Will it be Poison Girl? A stop at Lola’s Depot? Late night at the D&W Lounge? Or, the aptly named Grand Prize Bar? This fall, one Houston dive bar will turn over its keys to The Black Keys for a private afterparty following the band’s show at Cynthia Woods Mitchell Pavilion and one grand prize winner and a guest will be flown into Houston for all the action.

Fans of the band can enter a contest featuring various prizes including roundtrip travel for two to Houston, a stay in one of the city’s four-star hotels, tickets to the Black Keys’ October 15 concert featuring guests Band of Horses and The Velveteers and a post-show blowout at a secret dive bar location where the band will be hanging out and spinning records.

It's all part of the Black Keys’ partnership with Propeller and commitment to Save the Music Foundation. The duo – guitarist/vocalist Dan Auerbach and drummer Patrick Carney – aren’t just one of the foremost rock acts in the world, they’re music lovers who know the power of music.

In a broad chat with the Houston Press recently, Carney discussed the importance of advocating for new artists, acts like The Velveteers, an exciting, upstart rock trio from Boulder, Colorado which will benefit from sharing big stages with the band this fall.

“We’ve always tried to bring out bands that we listen to and try to support bands that we’re into and it’s kind of surprising just how few people are really paying attention to new music, so I think the more opportunity you can give to new artists, the better,” Carney said.

That is part of the mission of Save the Music Foundation, too. The non-profit helps students, schools and communities grow by investing in music. The organization has become one of the country’s leading music foundations by partnering with public school districts and enhancing their music programs with new instruments, music technology and educational resources for teachers.

Fans everywhere can win a chance at visiting the Bayou City as special guests of the Black Keys by doing a few easy things to support Save the Music. A complete list can be found on the contest’s webpage at Propeller, which works with non-profits to share their initiatives. Joining the foundation, donating to the non-profit and purchasing Save the Music items earn participants points to be redeemed as entries into the grand prize drawing. The contest ends at midnight Pacific time on October 4.

For more information on the contest, visit the Propeller site. Tickets to the Black Keys Houston show are available now via Live Nation.
KEEP THE HOUSTON PRESS FREE... Since we started the Houston Press, it has been defined as the free, independent voice of Houston, and we'd like to keep it that way. With local media under siege, it's more important than ever for us to rally support behind funding our local journalism. You can help by participating in our "I Support" program, allowing us to keep offering readers access to our incisive coverage of local news, food and culture with no paywalls.
Make a one-time donation today for as little as $1.