The music never stops with this playlist. Image by David Garrick

In this edition of the Houston Press Singles Club, we'll get to experience plenty of new songs while also looking at some tracks that may have been overlooked. New bangers from Black Kite, MiddleChild, Rome Hero Foxes, Funeral Horse, and Perseph One will all get added to the list. While we appreciate anyone reading and subscribing to this playlist, we remind you that purchasing music and merchandise from these acts will help keep the solid tracks coming for a long while. 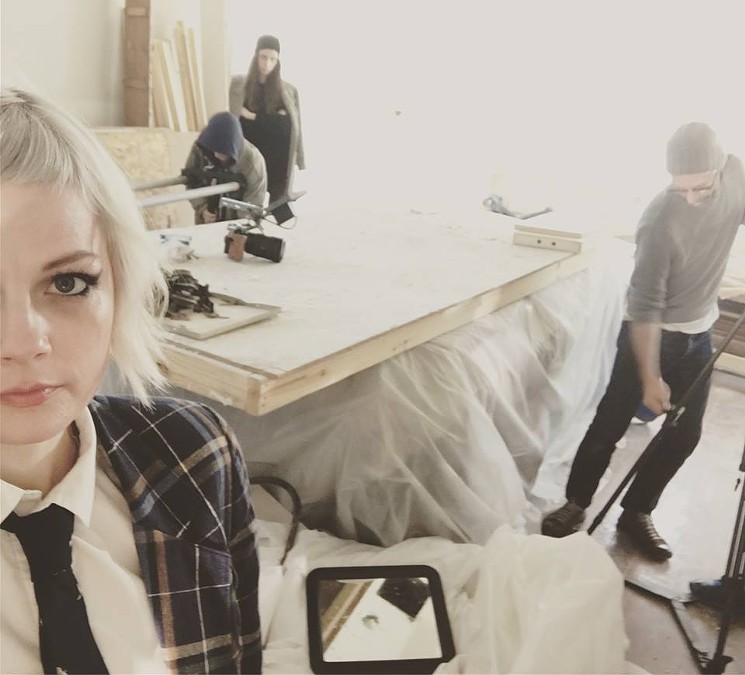 Black Kite makes her own rules as well as jams for days.
Photo by Dinolion

Houston's Black Kite has never really played by the rules of the music industry, yet she's created a following that's pretty ecstatic when she drops new music. A couple of weeks ago, we debuted her latest single "The Threat" and it's pretty hard not to love. Holding on to some of the dark elements the singer producer has become known for, the track steers close to the pop world without ever really becoming a true pop track in the process. Dark, mysterious and lovely at the same time, Black Kite proves that whatever her next move, it will be celebrated and met with open arms. You can stream Black Kite's music on all platforms or purchase it directly from her Bandcamp page.

MiddleChild has always made the kind of music that's full of youthful energy and angst-driven attitude toward a disapproving world. On their latest drop Daisy, the band takes their older sound and vamps it with a more terse direction. This comes through strongest on the song, "Questions." You can stream Daisy on all platforms or purchase it from Very Jazzed Records or directly from the band's Bandcamp. 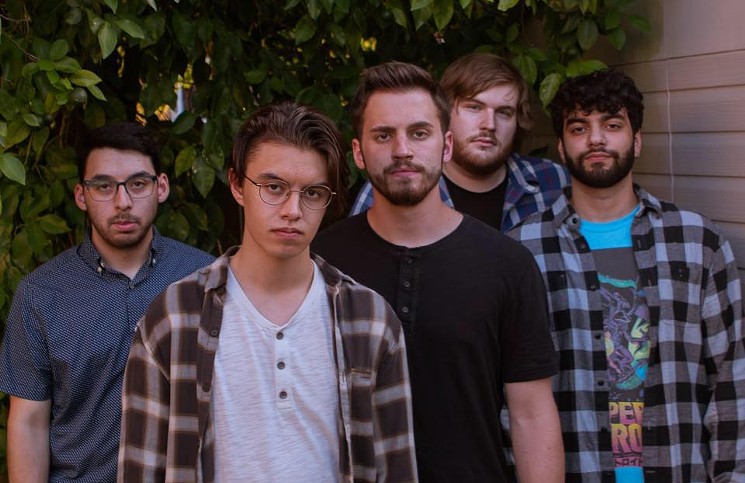 Rome Hero Foxes have a new record due full of hook filled tunes.
Photo by Natasha Bermudez
Katy's Rome Hero Foxes have been working hard to remove themselves from the once cluttered world of progressive rock, and that will ring true when their new album 18 Summers drops. Tracks such as "Lost in a Room" steer the band closer to indie rock than ever before. The song is catchy, jangly, and you could dance to it while you bop your head along to every fun and groovy note. You can stream Rome Hero Foxes on all platforms or purchase their music from Bandcamp.

What is considered metal or maybe metal enough is a slippery slope for any band in the genre to tread nowadays. For Houston's Funeral Horse, that's not really what they're going for. While the band's new album Psalms for the Mourning does tread on traditional metal like Iron Maiden and early Judas Priest, it also ventures far away from all of the doom and sludge that's encompassed metal for the past decade. This is most true on the track "Divinity for the Wicked." While there are elements of metal, it's essentially a hard rock song with metal tendencies that should stick to your ribs with its heavier and more melodic notes. You can purchase Funeral Horse's music from most record shops, or directly from Artificial Head Records. 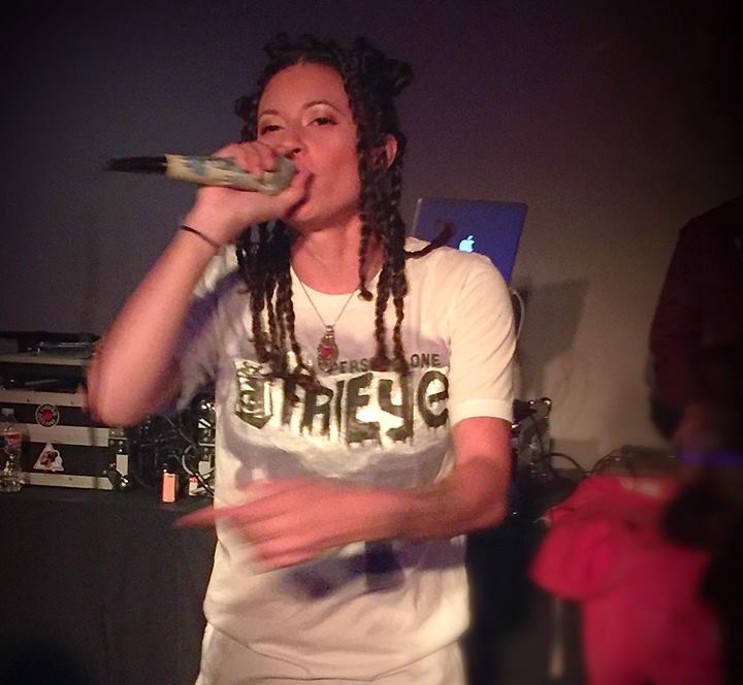 Perseph One shines all over Machine Mammal.
Photo by Jason Colunga
Houston's hip hop game is full of plenty of acts who can spit hard on a mike, though Perseph One is easily one of the best. Possibly one of the fastest and most focused rappers in town. her last drop The Machine Mammal is a mix of dark electronica and hip hop that stands alone in a sea of hip hop copping others. It's tough to pick a stand alone track, though the song "Rocks and Rain (feat. Stephen Farris)" is hard to beat. Complete with tripped electronics and a beat that's intermixed with One's rhymes, the track is so far off your radar that you'll need another listen just to let it wrap around your mind. You can purchase Perseph One music directly from Bandcamp.

That's it for this edition of the Houston Press Singles Club. Remember to visit all of these artists in their respective web stores, and to subscribe to the playlist to get tracks as soon as they're added. This week's additions begin with track No. 106.