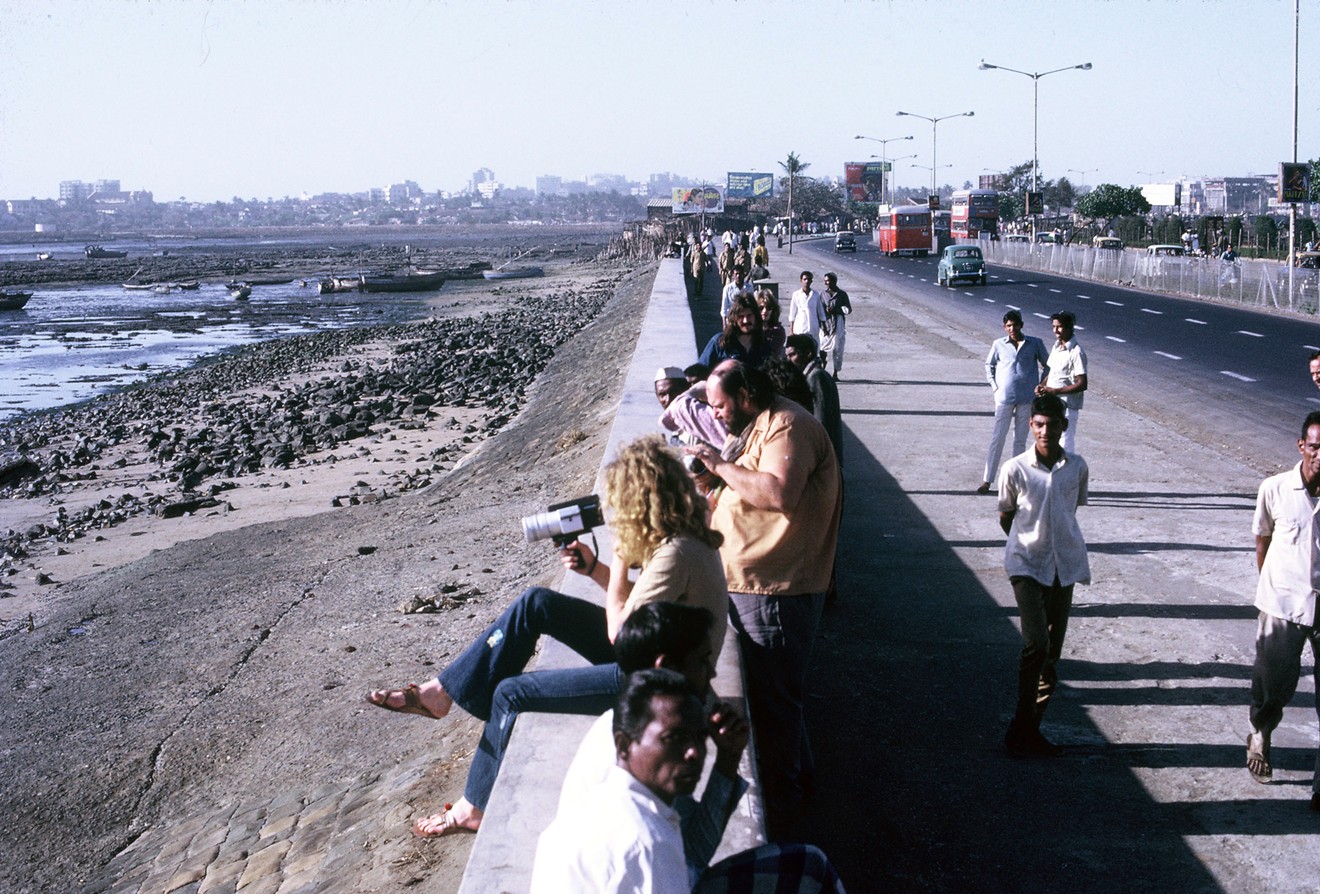 Bring It On Home: Peter Grant, Led Zeppelin, and Beyond – The Story of Rock’s Greatest Manager
By Mark Blake
304 pp.
$27
Da Capo Press

As any Led Zeppelin fan who has thumbed through Hammer of the Gods, seen the concert film The Song Remains the Same, or flipped TV channels showing any innumerable rock docs on TV can attest, manager Peter Grant was a formidable and frightening figure.

At 6’ 3” tall and weighing over 300 pounds, the balding, heavily-bearded Grant — as anecdote after anecdote shows — used physical threats, with occasional follow through, to get his way or get a point across, whether confronting Zep T-shirt bootleggers or record company heads alike. 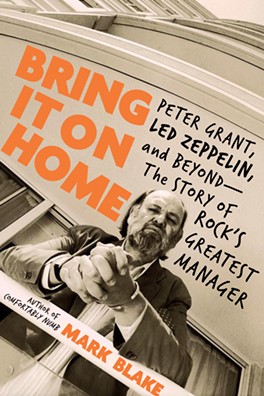 Book cover
He was a heavy both in the literal and metaphorical sense, and it would surprise no one that his “fantasy sequence” in The Song Remains the Same shows him dressed up as a tommy gun-toting 1930s gangster – complete with pinstripe suit – gunning down music biz execs in suits or, really, anybody who would diminish or derail the success of his beloved band and in particular, leader/guitarist Jimmy Page.

And while some of those stories are apocryphal and some steadfastly true, Grant’s story and life are much deeper and nuanced than most think of the thuggish caricature (which he himself happily promoted).

He’s largely been chronicled as an addendum to the larger Zep story, but here music journo Mark Blake (who also penned the Pink Floyd bio Comfortably Numb and Queen book Is This The Real Life?) makes Peter Grant the center of his own story. Which, ultimately, both surprises the reader with new things and confirms opinions already held.

Blake’s work was greatly benefited by unprecedented access to Grant’s family, circle of associates (including members of Zeppelin themselves in previous interviews), personal papers, and the full cooperation of his estate. So we get the clearest picture yet about how, say, his offbeat upbringing and familial relations (he never knew his father) could make him find a sort of substitute family with the world’s biggest rock band.

Growing up, Grant had a series of colorful jobs including wrestler, club bouncer, bit actor, and artist minder – delivering performers like Little Richard and Gene Vincent around town when they toured England. He also learned some of his harder, Mafia-style tactics working for the notorious manager/promoter Don Arden (Sharon Osbourne’s father). He also learned to build his career from names familiar to rock nerds like producer Mickie Most and accountant Allen Klein.

Peter Grant would eventually manage the Animals and then the Yardbirds. And when the latter group split into two factions, he cast his fate with Jimmy Page who wanted to create a harder band with a harder sound. That would become Led Zeppelin.

As Blake’s narrative winds into the early and mid ‘70s when they were arguably the biggest band in the world, the familiar tales of excess and bawdiness come reeling out. And while Zeppelin were hardly the only group living the “sex, drugs, and rock and roll” mantra to the limits and beyond, theirs took on a darker tinge in both the press and public’s mind.

Peter Grant dessed as Santa Claus with the Yardbirds (Chris Dreja, Keith Relf, Jim McCarty, Jimmy Page), Chelsea, London, Christmas, 1967.
Photo from the Richard Cole Collection/Courtesy of Da Capo Press
His own life began to unravel with a cocaine addiction, bizarre behavior, and his wife leaving and taking their two children, a loss of which many Blake interviewed said he never got over. Page and drummer John Bonham were similarly falling down a hole of narcotics and booze. When Page accidentally spilled some ink from a pen into a pile of cocaine, for days after you could tell who was partying with the guitarist by the telltale streak of blue coming from their nostrils.

Paranoia and bullying became the norm as the band’s circle on tour grew wider and wider to include various gofers, assistants, bodyguards, “physicians,” friends, and groupies. The quality of the albums and live shows started to suffer, and the atmosphere around the band got heavier.

Blake reports that band members were actively discussing replacing Grant as their manager, but the 1980 “death by accidental suicide” of Bonham (who choked on his own vomit after drinking something in the neighborhood of 40 shots of vodka) effectively ended the career of Led Zeppelin. Surviving band members and Grant chose not to continue as a unit.

In the last decade and a half of his life, Peter Grant found some sort of redemption. He gave up drugs and lost about half of himself in body weight. But he kept mostly secluded in his English castle (complete with a moat), only occasionally and half-heartedly looking for new bands to manage or involved himself with. Because after you’ve managed Led fucking Zeppelin, well…

Grant would also pop up at music conferences and panels, regaling wide-eyed audience members and industry professionals with his well-polished tales of Zep and Bad Company, even as former members of those groups distanced themselves from him personally.

In the end, Bring It On Home both bolsters and fleshes out the “Peter Grant” of lore with the Peter Grant of reality. And while it could be argued if he was “rock’s greatest manager” (though he did pioneer some practices still in use today), he certainly could be the one most passionate about his charges with his head and his heart in his job.
KEEP THE HOUSTON PRESS FREE... Since we started the Houston Press, it has been defined as the free, independent voice of Houston, and we'd like to keep it that way. With local media under siege, it's more important than ever for us to rally support behind funding our local journalism. You can help by participating in our "I Support" program, allowing us to keep offering readers access to our incisive coverage of local news, food and culture with no paywalls.
Make a one-time donation today for as little as $1.