The Marcus King Band: Jack Ryan, Dean Mitchell, DeShawn "D-Vibes" Alexander, Marcus King, Stephen Campbell, and Justin Johnson. Photo by David McClister/Courtesy of Fantasy Records
The life and outlook of people are often tied to the geography of their upbringing. And for musicians, that geography and the people and the places they’ve been around will usually influence their work. For singer/guitarist Marcus King, that place is Greenville, South Carolina, up in the northwestern area of the state. It also infiltrates Carolina Confessions (Fantasy), the third studio effort from the Marcus King Band. There’s even an old-time map of the city which calls itself “the Textile Capital of the World” on the cover. 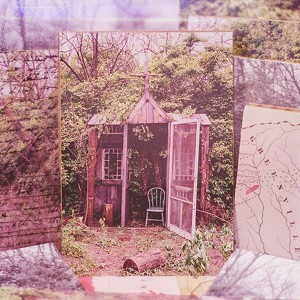 Fantasy Records record cover
But as much as King treasures his hometown, the overwhelming glue of the ten tracks are about leaving people and places – with more than a tinge of regret from the past and fear of the future.

“That’s a really heavy theme of the record. Leaving behind negative situations in your life that bring you down. And for me, they can be closely related to my hometown. But it’s also about taking responsibilities for your own actions. It’s confessing to whoever is listening, but trying to find some absolution for yourself,” King says.

He’s also not unaware of how southern roots and culture play out in the wider world, especially with today’s confusing cultural roadmaps. It’s what Drive-By Truckers singer/guitarist Patterson Hood has long preached about “the duality of the Southern Thing.”

“There is a rich heritage in the South…the easy way to put it is that there’s something in the water, and a lot of my heroes are from the South. But it’s a touchy subject for me,” King offers. “I like to say that I’m proud being from the South, but I never want it to have the wrong tone or the wrong connotation. Duality is very important. Some really negative shit has come out of the South, but from that has grown some very beautiful things.”

From a writing perspective, King says he wanted the material on Carolina Confessions—a mix of blues, southern rock, and plaintive balladry—to stand apart from his previous efforts. His approach was to concentrate more on his songwriting and singing, and then the instrumentation would follow suit. And not just his distinctive guitar, but the horn section which gives many of the songs an extra R&B punch.


“Justin and Dean really worked hard on that in the studio, arranging these parts to complement the songs. We took every song I came in with that was stripped down to nothing and we’d all find our parts. That’s what makes this record more special to me. Everything’s right off the cuff and they had just learned those songs.” When it comes to lyrics, two songs stand out in particular – the first being “Homesick.” “That song is something everybody can relate to. I wrote it about my girl and missing her and from that perspective,” King says.

More trenchant is “Welcome ‘Round Here.” It includes the lyrics “Heard the things you sing about in your songs/Well you talk about treason, you talk about lust/Keep you heathen ways away from us” and “If your momma was still living/I believe she’d die of shame.” Ouch. And while the song could come from the mouth of any close-minded character – say, one from Greenville, South Carolina – King also had another subject in mind when he put down the words. 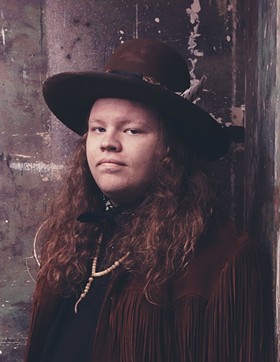 Marcus King
Photo by David McClister/Courtesy of Fantasy Records
“I’ve never been shy about saying that I’m not a particular fan of our current president. It’s a shameful thing for me to see him and, he’s just so unpresidential and a blatant disrespectful asshole,” King says. “The song is a little bit about him and a little bit about xenophobia in general from the perspective of a close-minded person. I mean, his ‘Muslim ban?’ What horseshit! And the more I read about it, the more I got pissed. And this song just fell out of me.”

Of far happier thoughts is his friendship with the husband-wife team of Derek Trucks and Susan Tedeschi of the Tedeschi Trucks Band, which took the Marcus King Band out on tour with them. Though their relationship could have started off with broken bones and blood spilled on the ground.

“I first met Derek and Susan I was about 15 and climbing a fence to get backstage to meet them and get them to sign my record! It was me and my bass player at the time in Spartanburg, South Carolina!” he laughs.

“They were just as sweet then as they are now. Sharing the stage with them is like sharing a dinner table with them. They’re very gracious hosts, and they want you to say what you want to say.”

After the current leg of their U.S. tour winds up, the Marcus King Band will head to Europe for some shows. He also has a side project which he’s “very close to announcing,” and they also hope to tape some concerts for a potential live record that would include brand-new material.

And while King doesn’t have any particular memories of playing in Houston outside of their last gig at the Bronze Peacock Room at the House of Blues, one show did stick with him and the rest of the band when they played the Texas State Fair in Waco.

“We really had a good time!” he says enthusiastically. “We ate just about every fried food we could imagine!”

For more on the Marcus King Band, visit MarcusKingBand.com
KEEP THE HOUSTON PRESS FREE... Since we started the Houston Press, it has been defined as the free, independent voice of Houston, and we'd like to keep it that way. With local media under siege, it's more important than ever for us to rally support behind funding our local journalism. You can help by participating in our "I Support" program, allowing us to keep offering readers access to our incisive coverage of local news, food and culture with no paywalls.
Make a one-time donation today for as little as $1.