THEBROSFRESH Keep It Fresh Yet Familiar 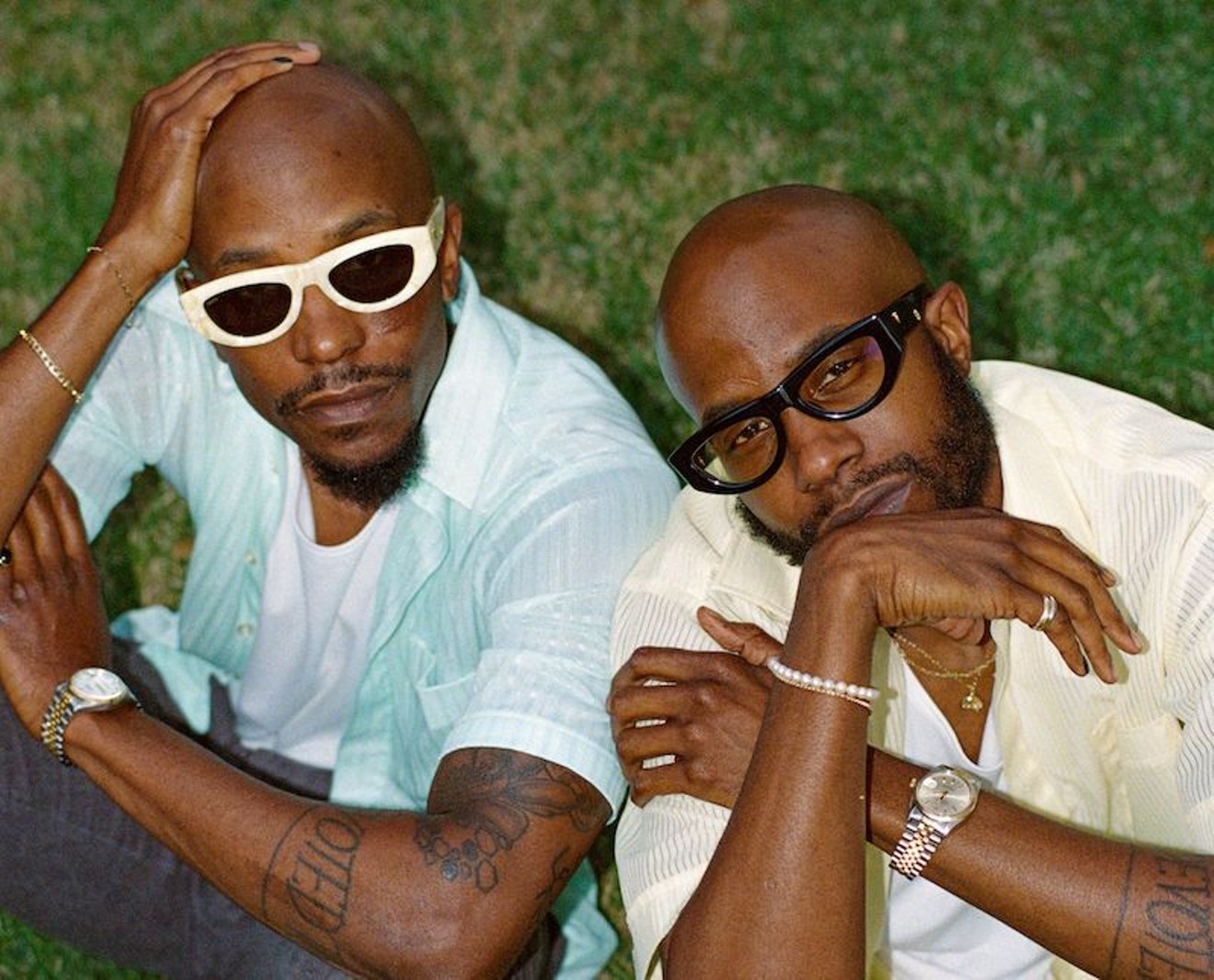 THEBROSFRESH will be performing with Flyjack on Friday, February 11 at The Continental Club. Photo By Hannah Koehler
It can be hard to convince people to listen to new music. Often people turn to their trusted favorites when they want to hear something comforting and even the most enthusiastic music lover doesn’t always make the effort to explore new artists.

THEBROSFRESH seem to have found the perfect formula for turning on new listeners by landing their sound somewhere between the recognizable and the new. The group, made up of twin brothers Thurman and Torrence Thomas along with their longtime drummer Joseph Butler IV will be performing along with Austin funk band Flyjack in Houston on Friday, February 11 at The Continental Club.

“How we describe ourselves is almost a big dichotomy of familiar but very different; aggressive but very smooth and sexy. We like to play with those contrasts in our music because it just gives even more information for people to pull from and for them to enjoy,” says Torrence.

“It’s got to sound like your favorite artists already to catch the person's ear so the quality has got to be there and I think we really try to check those boxes for people to make the barrier for entry as low as possible,” agrees Thurman.
THEBROSFRESH definitely do just that as they blend their strong and sensual R&B roots with rock and funk taking listeners from their middle school slow dance to feeling like they’re at a ‘70s rock show with Thurman’s guitar playing and Torrence’s funky bass lines as evidenced in their track “Wedding Ring.”

Originally from Louisiana, the brothers have been working toward making a place for themselves in Austin. Initially it was their organization Tankproof which brought the two to Austin as they worked to expand the mission of their non profit to provide swim lessons to underserved communities in an effort to avoid accidental drownings and save lives.

Through their work there they became more connected with venue owners and musicians and in a short amount of time they have received a warm welcome in the Lone Star State playing Austin institutions like The Continental Club and previously holding a residency at C-Boys Heart & Soul.

“What we are trying to do is to own the city,” says Torrence before quickly clarifying “We will own the city. You heard it here first.” Coming from one musical state to another, they have no doubt they will find a home here in Texas where they are planting their flag with Thurman saying, “Louisiana made us, but Texas is gonna pay us.”

“Louisiana made us, but Texas is gonna pay us.”

The brothers, along with Butler, earned their chops from private lessons and church performances at the age of 17. Initially, the brothers were focused on playing soccer but after getting in trouble with the law, their mom decided to revoke their soccer privileges as a punishment. During this time, a family friend offered the brothers some music lessons.

“I didn't know the rich history of Black music and the history of all these amazing Black guitarists and instrumentalists in general. Really, Black people playing instruments is kind of a lost art nowadays you don't really see it as much and we want to help bring that trend back,” he adds.

For being just a trio, THEBROSFRESH put out a major impact on sound. The brothers credit studying ZZ Top for their ability to make an impact with such few band members. Their live shows often evoke the same astonished response from listeners who never expect the range of covers and original songs that the band does.

“We usually end up opening for people one time and we don’t open for them again because we end up kicking their ass. That's the point of the opener, we put on a damn good show,” explains Torrence.

Their connection is obvious in their music as they harmonize seamlessly and balance out the music with each members instrumentation. When asked about the twin connection Torrence says, “It puts us in a position to where we trust each other and we believe the best in each other. We realize it’s a special connection so we might as well use it.”

This year is already a busy one for THEBROSFRESH who plan on releasing a steady stream of singles and expanding their fanbase as well as their sound. They have set up a text to connect system where fans can text TBFFAM to 484848 to stay up to date with all of their new releases and upcoming shows.

“This year we are framing it as being really important for us moving forward,” explains Thurman. “We are evolving and we are trying to grow now. We are taking chances and are really excited about this new stuff about to drop and just taking chances trying to get to that next level, whatever that looks like,” he adds.

“We use the word volume year for us,” says Torrence. “We just have to put a lot of content and a lot of music out there because we have a lot of people who are getting acquainted with us and we just want to be able to supply those new ears and eyes with as much awesome freshness as we can.”

THEBROSFRESH will perform with Flyjack on Friday, February 11 at The Continental Club, 3700 Main, 8 p.m., $10-20.
KEEP THE HOUSTON PRESS FREE... Since we started the Houston Press, it has been defined as the free, independent voice of Houston, and we'd like to keep it that way. With local media under siege, it's more important than ever for us to rally support behind funding our local journalism. You can help by participating in our "I Support" program, allowing us to keep offering readers access to our incisive coverage of local news, food and culture with no paywalls.
Make a one-time donation today for as little as $1.