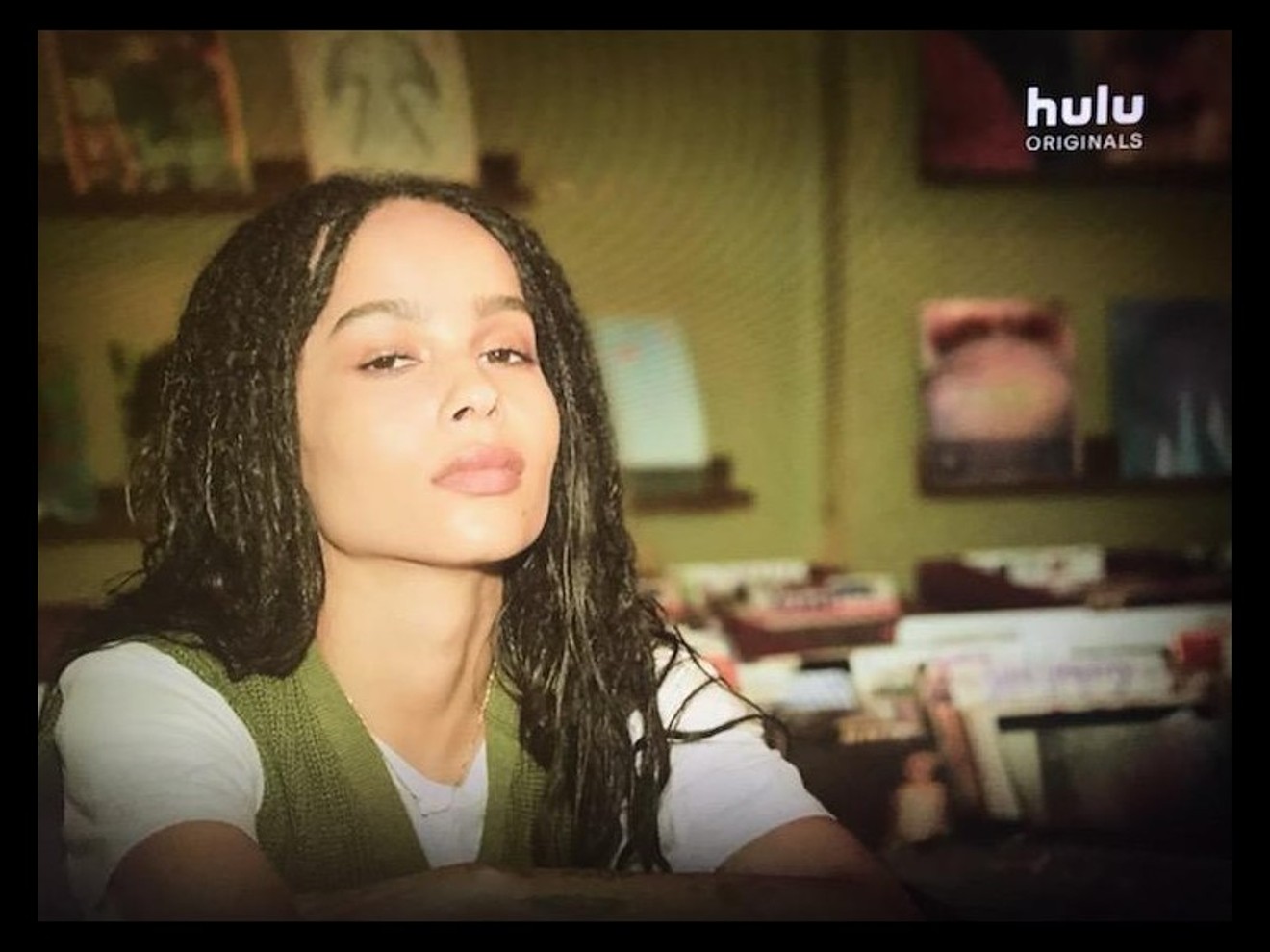 If you’re binge watching television shows during your sudden self-quarantine, here’s a recommendation from a fellow television and music lover. Hulu’s High Fidelity, a reboot of the 2000 John Cusack film and Nick Hornby novel, is entertaining and affords a bit of nostalgic familiarity in these times of uncertainty. Hulu’s series is modernized with Zoë Kravitz in the lead as Rob (short for Robyn) Brooks, the lovelorn record store owner at the center of the action. Her relationship woes almost seem quaint versus the general anxiety currently at large on planet Earth.

The series is loaded with incredible music selections. If you’re not inclined to devote hours to the television show, you should at least seek out the series' complete, official playlist on Spotify. Even the most devoted music fan is likely to find something new and appealing there, particularly those looking for music to shake us from the present-day doldrums.

The songs woven into the series are perfect for every plot point and many of those turns speak to resilience and hope. No matter the difficulties she faces, Rob finds encouragement from her friends and family. She learns to value herself more along the way. The music picked to emphasize those life-affirming moments rings true. Following a High Fidelity pastime, here are our top five feel-good songs from the soundtrack.

This 2019 track by London artist Reginald Omas Mamode IV has a brilliant, old school vibe and peaceful, easy feeling. According to the artist’s Bandcamp page, the music “was partly recorded on a journey to the Mascarene Islands in search of family roots.” Its Afro-Caribbean rhythms underscore the lyrics, which are spoken and encourage listeners to strive for balance in life by a variety of positive means. Recorded “in part an attempt to evoke feelings of universal love and compassion,” the song is meditative and calming, a precise elixir for our current ailments.

There are obviously many love songs on the soundtrack and a handful of them that work for the bedroom. According to the media and lots of social media “sexperts,” we can expect a baby boom from the current, holed-up-at-home circumstances. If that’s how you’re riding out the pandemic, then ride on, y’all. OutKast’s “Prototype” is a fun, sexy and playful choice for your love in the time of coronavirus. Sure, there’s a Prince song on the soundtrack and a Luther song, too, and even that Boyz II Men song which literally says “I’ll Make Love To You.” But this one allows you to role play as if its your first date together, which might not be a bad game to play depending how long our lockdowns last.

The adage says something about dancing like no one’s watching and if you’re isolated at home then no one will be watching when you crank this all-time dance classic to maximum volume and turn your kitchen into a 1970s disco. There are too many studies to cite here about the positive psychological effects of dancing, how those brain and body connections that are hardwired into our DNA can be holistic for all sorts of conditions when our bodies are movin’. The High Fidelity soundtrack has lots of options, from Denise Darlington’s rocksteady “Feels So Good,” to “I Might Just Crack,” a garage rock rager by The Makers, to the rave-ready “Darko” by Cubic Zirconia, to “Come On Eileen,” the always welcomed to the party ‘80s classic by Dexys Midnight Runners. You can form a one-person mosh pit to Ho99o9’s “War Is Hell” or dial up !!!’s “Dancing Is the Best Revenge,” if you want to get literal with things. These all work, but none of them work it like Sylvester’s 1978 disco-pop megahit which was recently added to the National Recording Registry’s archive by the Library of Congress.


"Dry the Rain," The Beta Band

Beta Band’s “Dry the Rain” was prominent in the film version of High Fidelity. In a classic scene known to and  sometimes played out by music lovers everywhere, John Cusack’s Rob plays the song and promises his record shop employees they’ll soon sell some copies of the record. He needle drops right when the beat drops on the 1998 song, prompting buyers in the scene to ask, “What’s that you’re playing? It’s good.” The song resurfaces briefly in the new series, a nice nod to fans of the film. Its repeated chorus is reassuring – “If there's something inside that you want to say, say it out loud it'll be okay” and the line “I will be your light” is also comforting, repeated as it is like a mantra.

Whether your spirits need a lift due to pandemic blues or anything else, taking action and a stand is key and none of the songs on the soundtrack express that notion better than Ike & Tina Turner’s “Workin’ Together.” Sure, there’s something to be taken from PTAF’s over-the-top confidence boost “Boss Ass Bitch” and Talking Heads’ “Burning Down the House” is a classic call to get angry and get active. But, for this particular moment, the title track to the Turners' 1970 album (which also includes “Proud Mary”) is perfect. As Tina sings on the song, “The problems of the world will never be solved unless we put a little love in our hearts, working together we can make a change,working together we can help better things.”
KEEP THE HOUSTON PRESS FREE... Since we started the Houston Press, it has been defined as the free, independent voice of Houston, and we'd like to keep it that way. With local media under siege, it's more important than ever for us to rally support behind funding our local journalism. You can help by participating in our "I Support" program, allowing us to keep offering readers access to our incisive coverage of local news, food and culture with no paywalls.
Make a one-time donation today for as little as $1.