Train Doesn’t Get Proper Credit For Being Terrible 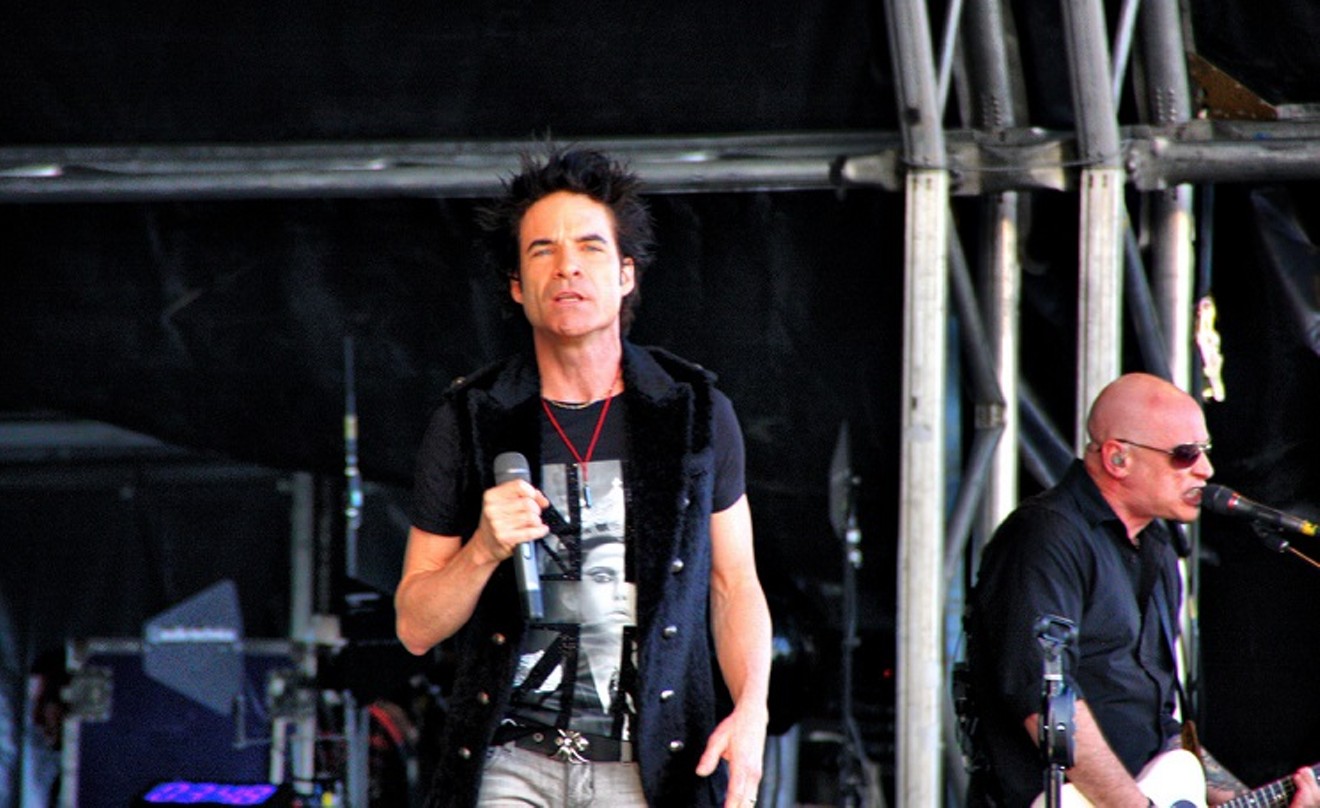 Train has produced a number of hit songs, but that doesn't mean any of them were, you know, good. Photo by Eva Rinaldi via Flickr Commons
First, there was Creed. Then, Nickelback inherited the mantle. Down the road, it will probably be a band like Twenty-One Pilots or The Chainsmokers, a group with just enough commercial clout and notoriety to have widespread appeal, but enough cheese factor and terrible tunes for fans to inevitably turn their backs and claim to have never been a fan in the first place.

Yes, the battle for “worst band in the world” is a tight one, and it’s not entirely fair. Creed had some good songs, and Nickelback’s early material is actually pretty solid. Twenty-One Pilots certainly have their niche, and while the Chainsmokers are a stain — even by today’s pop standards – they are far from the worst musical outfit in the game today. Rather, the worst band in the world is one you will probably never hear, some ragtag group pounding away in a garage somewhere or playing covers in front of eight people at some suburban open-mike night.

Train, to its credit, is also not the worst band in the world. In fact, musically, the band is quite competent. For nearly 20 years, Train — who plays Cynthia Woods Mitchell Pavilion on Friday night — has been a steady commercial and radio presence. They have played before packed houses and established themselves among a cadre of fellow 21st-century pop-rock bands. Train has more than enough hits to warrant a greatest-hits collection, inasmuch as those even exist anymore.

So, yeah, Train isn’t the worst band you’ll ever hear. But damn if they haven’t tried.


To understand Train, you really mustn’t look further than their hits, and more importantly, the lyrics that populate those hits. To sit here and pick Train apart as a musical outfit would be a fool’s endeavor. The band is more than capable of assembling a four-minute musical track that more than caters to soccer moms and top 40 radio, which is still a thing.

But those lyrics, Jesus Christ, those lyrics. Look, Train frontman Patrick Monahan is a good-looking dude with a solid voice. And in reading some interviews he’s given over the years, he comes off like a swell guy. But that doesn’t excuse the fact that the lyrics to Train’s biggest hits are essentially the reason that words like “hokey” exist.

Let’s just start at the top with 2009’s “Hey, Soul Sister,” both because it’s Train’s biggest hit and because it best personifies why the band is so popular among people who like their music safe and clichéd. Seriously, the song begins with the following…

Your lipstick stains, on the front lobe of my left side brains
I knew I wouldn't forget you
And so I went and let you blow my mind
Your sweet moonbeam

It gets worse a little further down the road…

I'm so obsessed
My heart is bound to beat right out my untrimmed chest
I believe in you, like a virgin, you're Madonna
And I'm always gonna wanna blow your mind

Way you can cut a rug
Watching you's the only drug I need
So gangster, I'm so thug
You're the only one I'm dreaming of

You get the point. Despite the song featuring a white dude from Pennsylvania bellowing on about his thuggish ways, “Hey, Soul Sister” was a major hit; it peaked as the No. 3 song in America and eventually went Platinum six times over.


Now, many good bands are guilty of putting out a safe hit that enables fans to access a better, deeper catalog; Foo Fighters and latter-day Red Hot Chili Peppers have built careers on as much. Train, meanwhile, simply releases saccharine singles that give way to more saccharine singles.

Consider the band’s breakout hit, “Meet Virginia,” an ode to a woman who exercises in high heels, smokes a pack a day (no, wait, that’s me, but anyway), whose daddy wrestles alligators and whose mama works on carburetors. She’s probably a hit at parties.

“Drops of Jupiter (Tell Me),” from 2001, is probably the band’s biggest hit behind “Hey, Soul Sister,” though its equal in its mediocrity. The song actually poses the question: “Can you imagine no love, pride, deep-fried chicken?” Well, can’t say I ever considered those three a package deal.

Then there’s “Save Me, San Francisco,” which literally begins with the words: “I used to love the Tenderloin/ Till I made some tender coin,” before segueing into possibly the cheesiest of all Train choruses. This is essentially akin to winning a three-point contest comprised only of players from the Rockets and Warriors; it’s a daunting task.

But this is how Train has risen through the ranks of pop-rock royalty over the past two decades. Cue up a catchy backing track, hook listeners with a chorus that gets stuck in your head and refuses to leave, and write nonsensical verses like it’s some sort of entry in a Mad Libs book.

Is it good? Not particularly. But it’s effective. And as we’ve learned from other “worst band in the world” contenders of years past, that’s really all you need. Move over, Creed. Stand aside, Nickelback. Don’t grab for that trophy just yet, Chainsmokers. The champ is here.