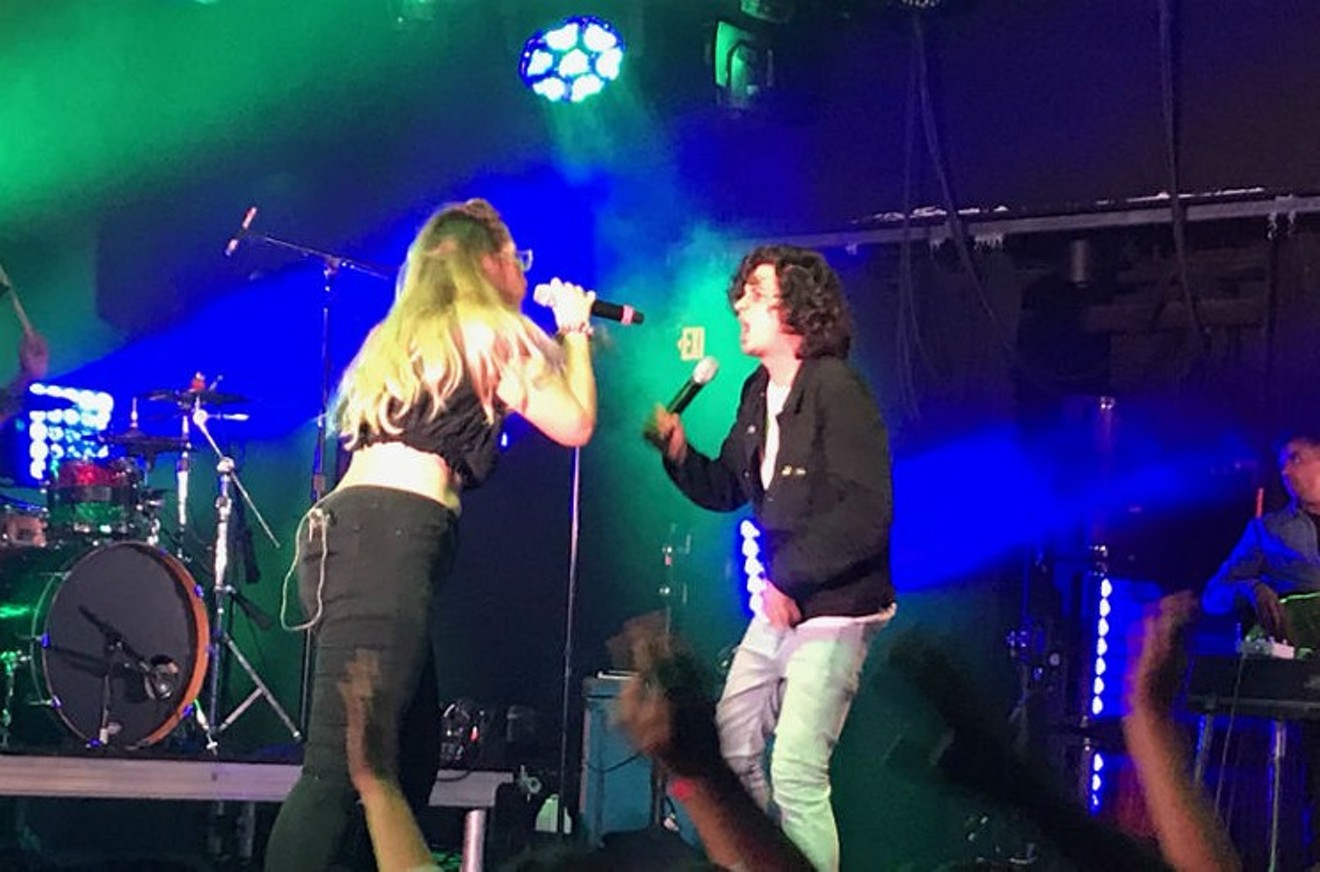 Tired of binge-watching every Netflix scripted series? Already need a fresh take on the music livestream concert that’s becoming the norm? Do you thirst for the thrill of victory and the agony of defeat in the dearth of sports created by coronavirus times? If so, clear your calendar for the next 33 hours and 33 minutes or so and prepare for a Watsky binge to beat all (or, at least one notable) others.

The west coast rapper goes live at noon today in Houston (10 a.m. from his West Coast home) to attempt to break the current Guinness World Record for the Longest Continuous Rap Performance by an individual. The standing record is nearly 26 hours. Watsky plans to freestyle for 33 hours and 33 minutes. That number might be symbolic of an LP’s 33 1/3 rotations per minute, which fits since he just released a new album, Placement, his sixth studio album and the second in his “Symmetry” album series.

If you’re wondering whether he can do it, here’s the Watsky scouting report: he’s made a career from innovative turns and by challenging himself. He emerged from San Francisco’s spoken word poetry scene and grew a rap audience on YouTube, where he’s amassed more than 200 million views. His 2016 album, x Infinity, climbed to number four on the Billboard Rap Albums chart. He penned a collection of essays, How to Ruin Everything, which became a New York Times bestseller. He’s appeared on HBO’s Def Poetry, Ellen, NPR, PBS and Lin-Manuel Miranda’s Hamilton Mixtape.

But, it’s not just credits that make him a threat to the current record, it’s also skills. His command of words gives him a competitive edge. Plus, he’s got added motivation since his attempt is doubling as a fundraiser focusing on different groups of people who make concert touring possible. His 39-show tour for Placement was cancelled five days before it was set to start in March. He’s collaborating with Sweet Relief, a 501c3 nonprofit with the mission of providing relief to vulnerable artists. Funds raised will be split between Watsky’s band and crew, Sweet Relief and a fan relief fund, set up to help ticketholders who are not able to get refunds, seeded by a $10,000 donation from Watsky.


He announced the attempt on social media Tuesday and said it’s part of his effort to “try to turn what felt like a big defeat into something positive.” He said the entire Placement tour has been rescheduled for the same venues next spring and encouraged fans to check for updates since “things are changing every single day and we’re gonna continue listening to the advice of medical professionals.” He announced the fan relief fund, set for those with non-refundable travel expenses or those having difficulty getting a Placement ticket refund. He encouraged fans to e-mail their relevant receipts to [email protected] com, “and our small but mighty crew is going to do our best to accommodate you and to listen to your needs.”

Fans looking to help can donate directly to Sweet Relief and there will be incentive prizes offered for donations during the world record attempt, including original artwork, out-of-print vinyl, shout-outs in the freestyle and more.

The current record for longest continuous rap performance by an individual is 26 hours, 56 minutes and four seconds, set by Pablo Alvarez of the group Good Bison in 2017. Alvarez’s world record was attained on his second attempt. In 2016, he freestyled for 25 hours straight, but that effort wasn’t verified by Guinness since it didn’t meet the stringent standards set by the world’s foremost overseer of record-breaking pursuits. According to Miami New Times’ Celia Almeida’s account of Alvarez’s first try, “His tonsils swelled, he couldn't eat, and he nearly lost his sanity. Then he found out his attempt didn't count.”

Watsky’s known for his rapid-fire delivery. Will he tire himself or slow the pace to win the race? His wordplay is clever and funny - will it suffer from the attempt to simply reach the finish line? His live sets – reviewed here in Houston at a House of Blues stop in 2014 and at White Oak Music Hall in 2018 – are lively romps where he feeds off the energy of his avid fans. Will his verve suffer from performing in isolation to a virtual audience? Can he do it? Place your bets and settle in for the Super Bowl of marathon rap.

Watsky attempts to break the current Guinness World Record for the Longest Continuous Rap Performance by an individual starting at noon central today. Follow the livestreamed attempt on his on his YouTube, Twitch and Facebook pages.
KEEP THE HOUSTON PRESS FREE... Since we started the Houston Press, it has been defined as the free, independent voice of Houston, and we'd like to keep it that way. With local media under siege, it's more important than ever for us to rally support behind funding our local journalism. You can help by participating in our "I Support" program, allowing us to keep offering readers access to our incisive coverage of local news, food and culture with no paywalls.
Make a one-time donation today for as little as $1.