Why Exactly Is Dave Matthews So Polarizing? 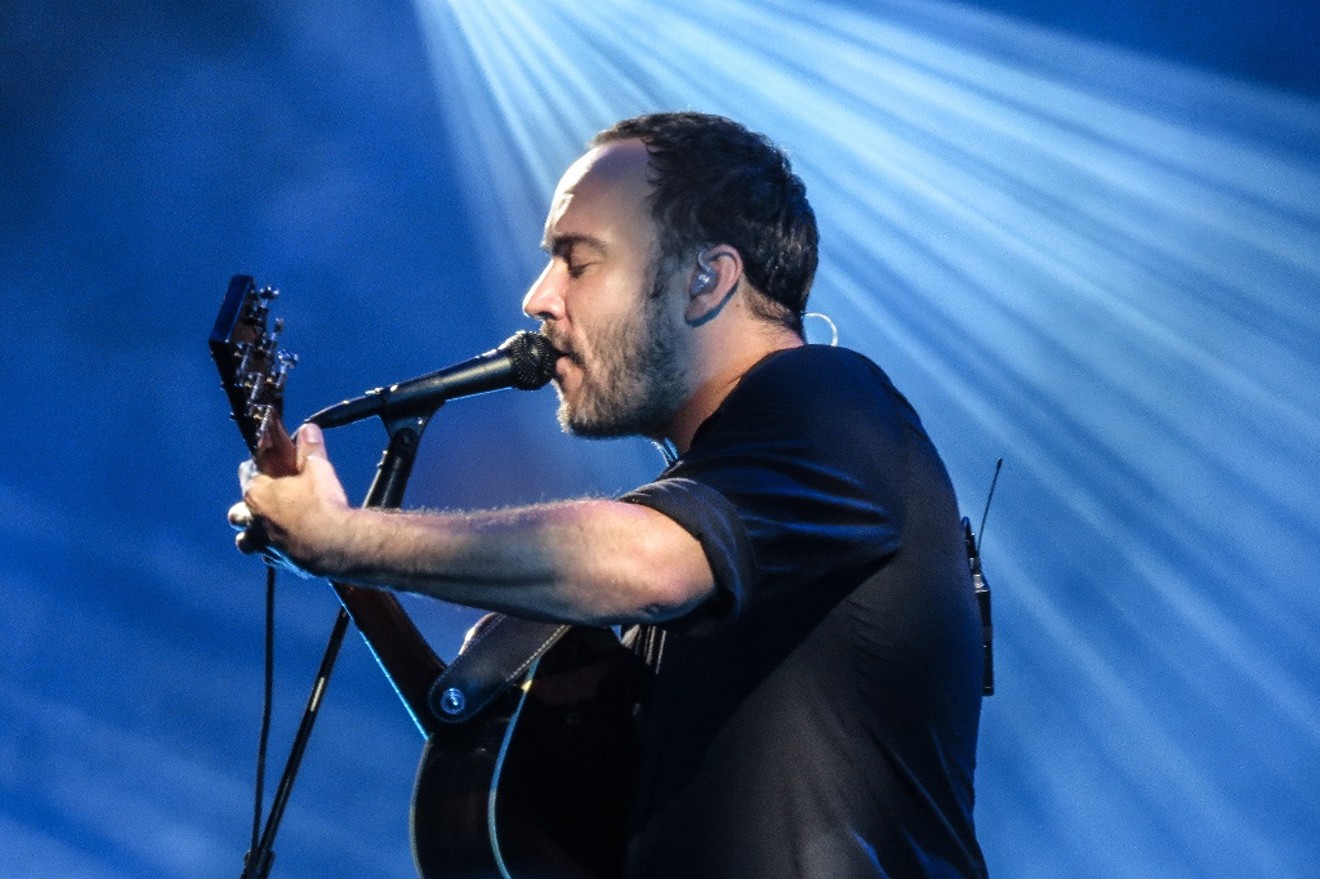 Dave Matthews remains a polarizing musical figure, but why exactly? Courtesy of Matthew Straubmuller via Flickr Commons
Dave Matthews is an inoffensive guy in an inoffensive band, one who appears to keep a pretty low profile. He lives a quiet life with his family in the Pacific Northwest, rarely gets political, puts out a new record every so often and tours — whether solo or with his eponymous band — when the mood strikes him. In short, when compared to polarizing artists like Kanye West and Luke Bryan, he's about as non-controversial a figure as you’ll find in mainstream music today.

And yet, Dave Matthews – and, more important, Dave Matthews Band – remains a divisive figure some 20-plus years after he and his band broke into the mainstream with their 1994 debut, Under the Table and Dreaming. With Matthews coming to Smart Financial Centre for an intimate gig on Wednesday with long-time friend and collaborator Tim Reynolds, now seemed as good a time as any to ask, why exactly is Dave Matthews such a polarizing figure? More important, is Dave Matthews good?

The first question is answered fairly simply. The reason many don’t like DMB has nothing to do with Matthews or his bandmates at all. Rather, many don’t care for the band simply because they don’t care for the fans who sing his praises at every turn. This is certainly understandable. A number of DMB fans attend the band’s shows not because they dig the music, but because the shows are viewed by some as events or experiences worth celebrating.

In fact, many DMB “fans” aren’t really fans at all. Take a look at any college dorm room between 1994 and 2003. Odds are decent you’ll find a DMB poster in many of them, alongside the "College" T-shirt poster of John Belushi from Animal House and likely something from the Quentin Tarantino catalog (probably Reservoir Dogs or Pulp Fiction). Hell, I’ll cop to this; I rocked a DMB poster freshman year, despite having heard only one of the band’s songs to that point. That song was their biggest hit, “Crash into Me,” a song I didn’t like all that much then and don’t really care much for today.


Not that DMB is without their advocates. Having been to a few of the band’s shows, I've found them littered with those who know every word and sing along; these are diehard fans and they should make no apologies for being so. However, these concerts are also chock-full of those who aren’t so much there to hear DMB play through its catalog; instead, these people simply want to say they were at the show. A number of these are flip-flop-wearing, backward-hat-rocking frat types, a type that is certainly polarizing unto itself. Personally, as a flip-flop-wearing, backward-hat-rocking non-frat type who often gets mistaken for just that, I take no issue whatsoever with these folks.

So yeah, Dave Matthews fans aren’t everyone’s cup of tea, but that’s kind of a silly reason to dislike someone’s music. Now, the greater question remains – is Matthews’s music itself worthy of scorn? The answer is tricky, mostly because the answer is both yes and no.

Let it be said that DMB’s debut, Under the Table and Dreaming, is pretty solid as uptempo, bar-band music goes. A lot of those bands hit the scene in the mid-’90s (Hootie & the Blowfish, Blues Traveler, etc.), but DMB had a little something extra, which probably explains why they remain a relative commercial force to this day. The band followed that up with a pair of hit records over the next four years, Crash and Before These Crowded Streets, each of which sounded pretty much like Under the Table…

Matthews and crew changed things up ever so slightly with Everyday in 2001, a more traditional pop-rock record that featured the catchiest, most radio-accessible tune the band ever recorded (“The Space Between”). Of course, diehards revolted at the thought of DMB changing its sound, and the band reverted to the blueprint. DMB’s music is solid, but it’s also repetitive and somewhat banal, which sorta gets to the point that it's both good and bad.


I’ve often been of two schools of thought with regard to Dave Matthews. On one hand, he and his bandmates are an incredibly talented lot, and should be commended for managing to forge a career that’s spanned more than two decades and included numerous hits, multiplatinum records and scores of sold-out shows.

On the other, the band’s catalog can politely be described as safe, and more critical types would label it boring. Matthews has really never taken a major risk or released anything that colored outside the lines. Yes, he did release one solo record in 2003 with Some Devil, a somewhat darker and moodier record that departed somewhat from the established DMB sound. He hasn’t produced another solo record since.

So yes, Dave Matthews is a gifted musician – and underrated songwriter – who has certainly produced his fair share of quality material. But it always feels as if he was capable of something a bit more. That certainly isn’t a reason to hate the man or his band, but it’s certainly reason to feel just a bit disheartened. After all, untapped potential may not be cause for scorn, but it’s certainly cause for disappointment.