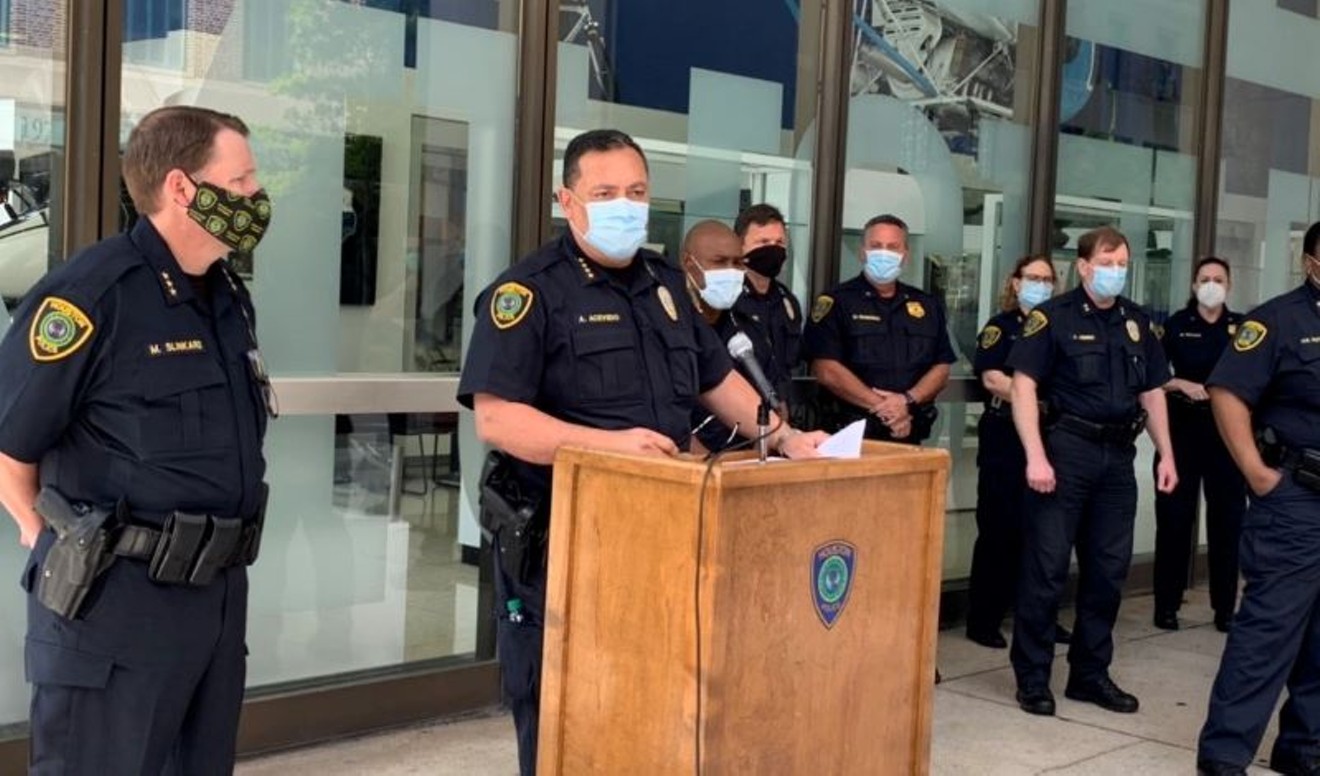 The video appears to show Chavez on his knees as he is shot to death in a series of fire from nearby Houston Police Department officers.

While saying he found the short video disturbing himself, Acevedo said it only captures the third and final discharge of the exchange between the police and Chavez. Prior attempts to subdue Chavez included two officers firing bean bags from shotguns as well as deploying three tasers, he said.

“It’s important for the community to know—that video that shows the third and final discharge of rounds is very difficult to watch. It raises questions that again, it was that one moment in time, and you can’t tell clearly what the suspect and officers are doing,” says Acevedo, who added that with as with any use of a deadly force, there will be an investigation of the actions of the officers involved.

Here is the link to the video of the shooting death, posted on YouTube. Readers are cautioned of the strong language and the disturbing nature of this video.

According to police, At 9 p.m. Houston Police responded to a call reporting a suicidal subject who was armed and walking in and out of traffic. Officers first made contact with the man at 9:14 p.m. in the 800 block of Gazin street. Acevedo stated that Chavez ignored a multitude of commands and repeatedly moved threateningly toward officers with a piece of rebar.

“Due to the fact that this individual was not compliant and continued to come towards the officers with the weapon and at times stabbing himself during this time period, officers in a respect for the sanctity of life deployed less lethal methods,” the chief said.

Acevedo confirmed Chavez was then shot three separate times by service pistols, and that between the first and second discharges, Chavez continued to lunge at police officers as well as reach for a taser nearby, Acevedo said.

The police chief said he is in the process of viewing 70 body camera videos worn by the officers that captured  details of the encounter. He said it will likely take longer than a few days to review all the footage and make a decision.

“I am confident when we are done with the investigation along with the Harris County District Attorney’s Office that the questions that we have, and there are many questions that we have, criminally and administratively, that at the conclusion when everything is released people will be able to get an unfiltered view of this incident from different angles.”

The four officers and one sergeant that discharged weapons have been put on administrative desk duty until the investigation is concluded. Sergeant Benjamin LeBlanc has been in the department for 11 years, officer Patrick Rubio for two years, officer Omar Tapia for one year, officer Kevin Nguyen for one year, and officer Luis Alvarado for one year.
KEEP THE HOUSTON PRESS FREE... Since we started the Houston Press, it has been defined as the free, independent voice of Houston, and we'd like to keep it that way. With local media under siege, it's more important than ever for us to rally support behind funding our local journalism. You can help by participating in our "I Support" program, allowing us to keep offering readers access to our incisive coverage of local news, food and culture with no paywalls.
Make a one-time donation today for as little as $1.