Jose Altuve Saves the Game and Loses His Shirt 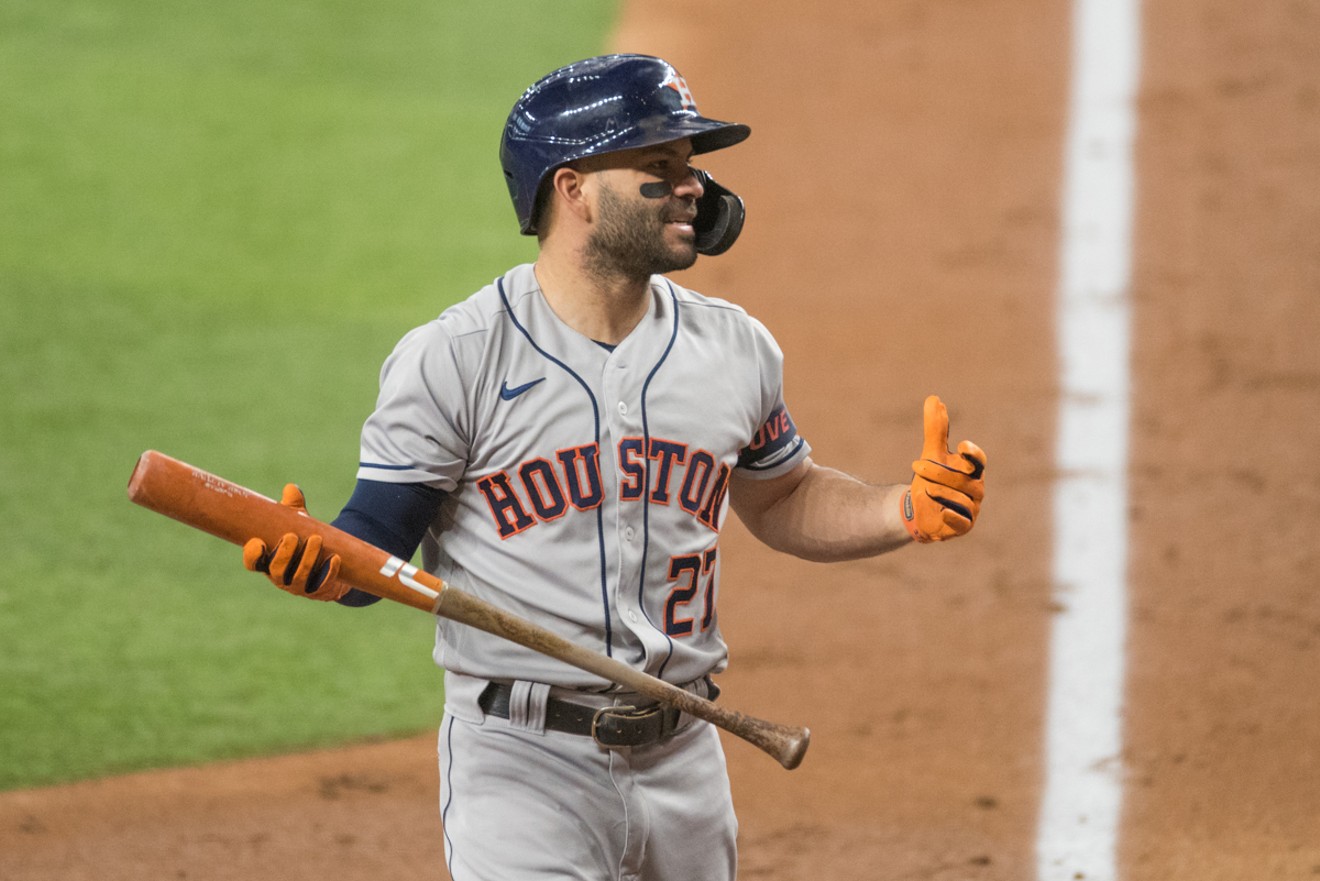 
It was a dumb internet rumor that, like so many conspiracies these days, mushroomed into opinions and investigations and QAnon-worthy online discussions. It wasn't enough the Astros had been caught stealing signs assisted by the banging of trash can lids. It had to be worse. Thus began the theory that Jose Altuve, the leauge MVP in 2017, had worn some kind of electronic device or buzzer affixed to his chest to aid his hitting.

The conspiracy grew when he hit a series-winning walk-off home run against the Yankees in 2019. When mobbed at home plate, Altuve prevented his teammates from tearing off his jersey. He said he had been getting a tattoo and that he was worried he might embarrass his wife.

Fast forward to this weekend. The Astros, who struggled mightily against the Yanks at Minute Maid Park in this most recent series, watched Aaron Judge hit a walk-off homer in game two. As he rounded the bases, he trolled the Astros by opening his jersey to reveal his chest and, ostensibly, no buzzer.

All that did was fuel more speculation online, but the Astros managed to get the last laugh in spectacular fashion. Down 7-2 in the ninth inning Sunday, the Astros scored three and put two on before Altuve came to the plate. The Astros second baseman proceeded to send a hanging slider into the Crawford boxes for another walk-off win.

When he reached home plate, his teammates ripped his jersey off leaving him bare chested as he celebrated with fans and the team.

Rarely does this kind of perfect symmetry happen in any part of life. The day before, Altuve was mocked by the Yankees' most recognizable player. The next day, he got his revenge.

Given the Astros recent struggles and the criticism they have taken for not sending any players to the All-Star game (all those selected as backups have chosen not to attend for injury and family reasons), a win like this takes them into the All-Star break with positive vibes and some legitimate momentum.

That clearly is more important than giving a metaphorical middle finger at the Astros haters out there in the form of a half-naked Jose Altuve parading around the infield after walking off the Yankees, but that doesn't mean it wasn't fun to watch.
KEEP THE HOUSTON PRESS FREE... Since we started the Houston Press, it has been defined as the free, independent voice of Houston, and we'd like to keep it that way. With local media under siege, it's more important than ever for us to rally support behind funding our local journalism. You can help by participating in our "I Support" program, allowing us to keep offering readers access to our incisive coverage of local news, food and culture with no paywalls.
Make a one-time donation today for as little as $1.