It's A Man's Woman's World With The Houston Symphony This Summer 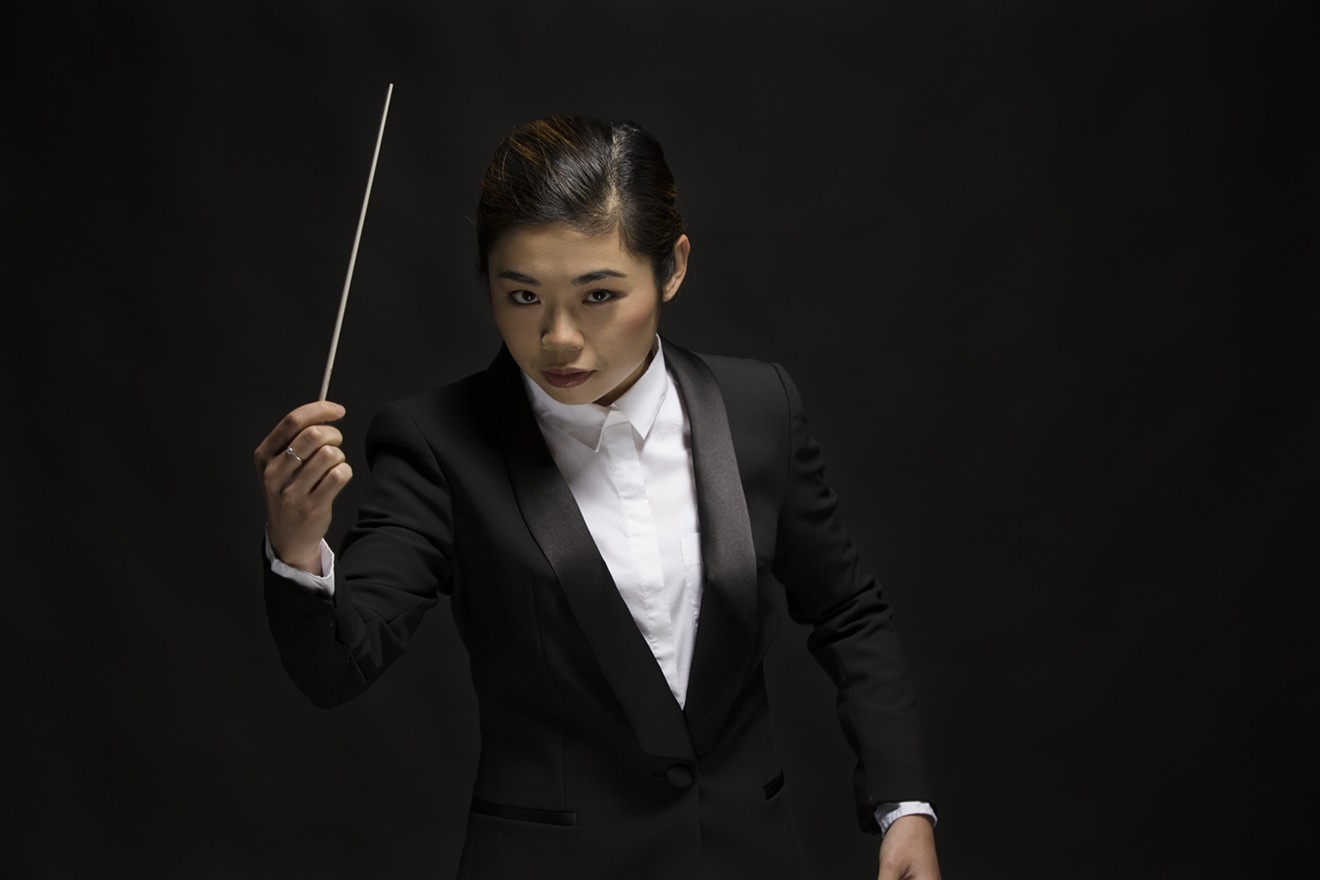 Elim Chan takes the podium in the first of five concerts as part of the ExxonMobil Summer Symphony Nights series. Photo courtesy of the Houston Symphony.
Head baller in charge Margaret Thatcher once exclaimed, "If you want anything said, ask a man. If you want anything done, ask a woman." The Houston Symphony is wasting no time in showcasing the talents of the leading ladies of music who are getting things done starting with the ExxonMobil Summer Symphony Nights presentation of Mendelssohn's Scottish, led by the well-credentialed Elim Chan, at 8:30 p.m. on Friday, June 22 at Miller Outdoor Theatre.

Chan makes her Houston debut with this performance, but she's no stranger to music. She is the first female winner of the Donatella Flick Conducting Competition. As a result, she was able to bridge the transition from earning her Ph.D. at the University of Michigan to serving as the assistant conductor of the London Symphony Orchestra. She was also appointed to the Dudamel Fellowship program with the Los Angeles Philharmonic. She currently holds the position as principal conductor of the orchestra of NorrlandsOperan and is the principal guest conductor of the Royal Scottish National Orchestra. Now, Houston is her oyster with Scottish.

Glittering lochs, emerald-green Highlands, misty peaks, and age-old ruins kindled the spark of Mendelssohn’s inspiration in this delightful score. The vivid sonic snapshot is filled with wistful melodies and infectious rhythmic verve. The concert will also feature Rubén Rengel as a featured violinist for Bruch's Violin Concerto No. 1 and Weber's Overture to Der Freischütz.

"It’s inspired by feelings and stories, and there is a lot of energy and drama in the music. Every movement is a little gem," Chan said. "The opening has so much drama, and I love this supernatural moments in the overture. There’s a stuggle between good and evil in the C-minor and C-major. I hope the audience gets hooked to it the way I was struck by it."

Chan joins the ranks of a small-but-growing number of female conductors who are taking the arts world by storm. The ExxonMobil Summer Symphony Nights will feature five concerts, two of which are led by female conductors - a rarity in the symphony. In addition to Chan's appearance on Friday, Jessica Cottis will lead Gershwin's Concerto in F on June 29. Sweetening the pot, Hyun Jae Lim, an Ima Hogg Competition silver medal winner, will be a featured artist in the Schumann and Fancy Free concert on June 30.

The other two concerts are Tchaikovsky's Fifth on June 23 and the Star-Spangled Salute on July 4.

Ladies are taking over the month of June, and Houston gets to reap the benefits - all at an unbeatable price. The concerts are free and open to the public, thanks to a sponsorship in part by the City of Houston through the Miller Theatre Advisory Board.
click to enlarge 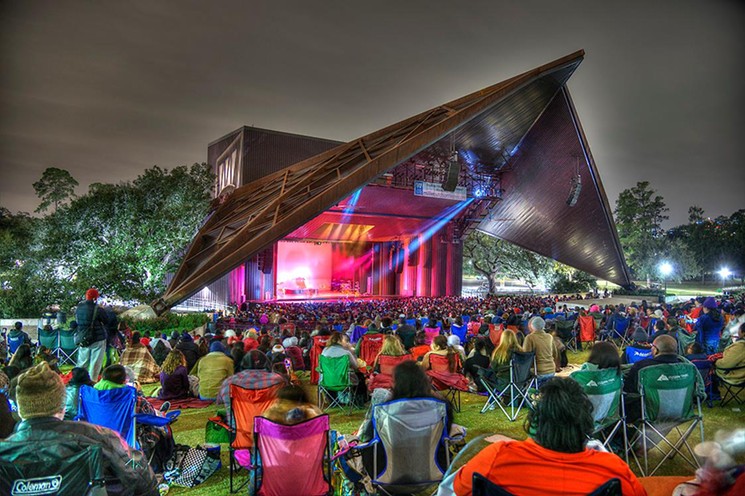 Miller Outdoor Theatre is the place to be this summer with the ExxonMobil Summer Symphony Nights concerts.
Photo courtesy of Miller Outdoor Theatre.
In addition to this free gift to Houston, the Houston Symphony is also giving back to young girls by teaming up with Girls, Inc. The group serves a mission to inspire young women to discover and develop their strengths and help them navigate gender, economic and social barriers. They accomplish this through after-school, interactive programs at selected public schools in primarily low-income, under-resourced communities. The organization also participates in camps that have a varied curriculum that engages girls in learning about nontraditional fields and aligns with strong, smart, and bold values.

Chan will join a posse of young girls for a meet-and-greet where they can talk with and get to know a woman who is the embodiment of what they might one day want to become.

"To think about this whole movement of gender equality and empowering girls, I’m very grateful to ride on this wave. The whole conversation is open to talk about the need for female artists in dance, theatre and music. I’m happy to be a part of it," Chan said.

She added, "The first conductor I saw in my life was a female conductor. I was nine years old, and it made an impact. It's interesting because I’m going to meet these girls who are [young], and I think it's so important to plant that seed and set a good example to let them know."

Chan is a minority in many senses of the word, but she's never let that slow her down. In fact, her experience in the symphonic world has been quite positive.

"I've actually had very good experiences so far. Many people would think I would get discriminated against because it’s still a very male dominated world. But overall, I have had a really great experience," she said. "I’ll get a raised eyebrow because I’m female, Asian and petite. But, I just focus on the music, and when I start working, it’s all good."

Mendelssohn's "Scottish" starts at 8:30 p.m. on Friday at Miller Outdoor Theatre, 6000 Hermann Park Drive. For information, visit milleroutdoortheatre.com or visit houstonsymphony.org. Tickets are free.
KEEP THE HOUSTON PRESS FREE... Since we started the Houston Press, it has been defined as the free, independent voice of Houston, and we'd like to keep it that way. With local media under siege, it's more important than ever for us to rally support behind funding our local journalism. You can help by participating in our "I Support" program, allowing us to keep offering readers access to our incisive coverage of local news, food and culture with no paywalls.
Make a one-time donation today for as little as $1.