Five AstroWorld Videos to Give You That Sweet Glow of Nostalgia 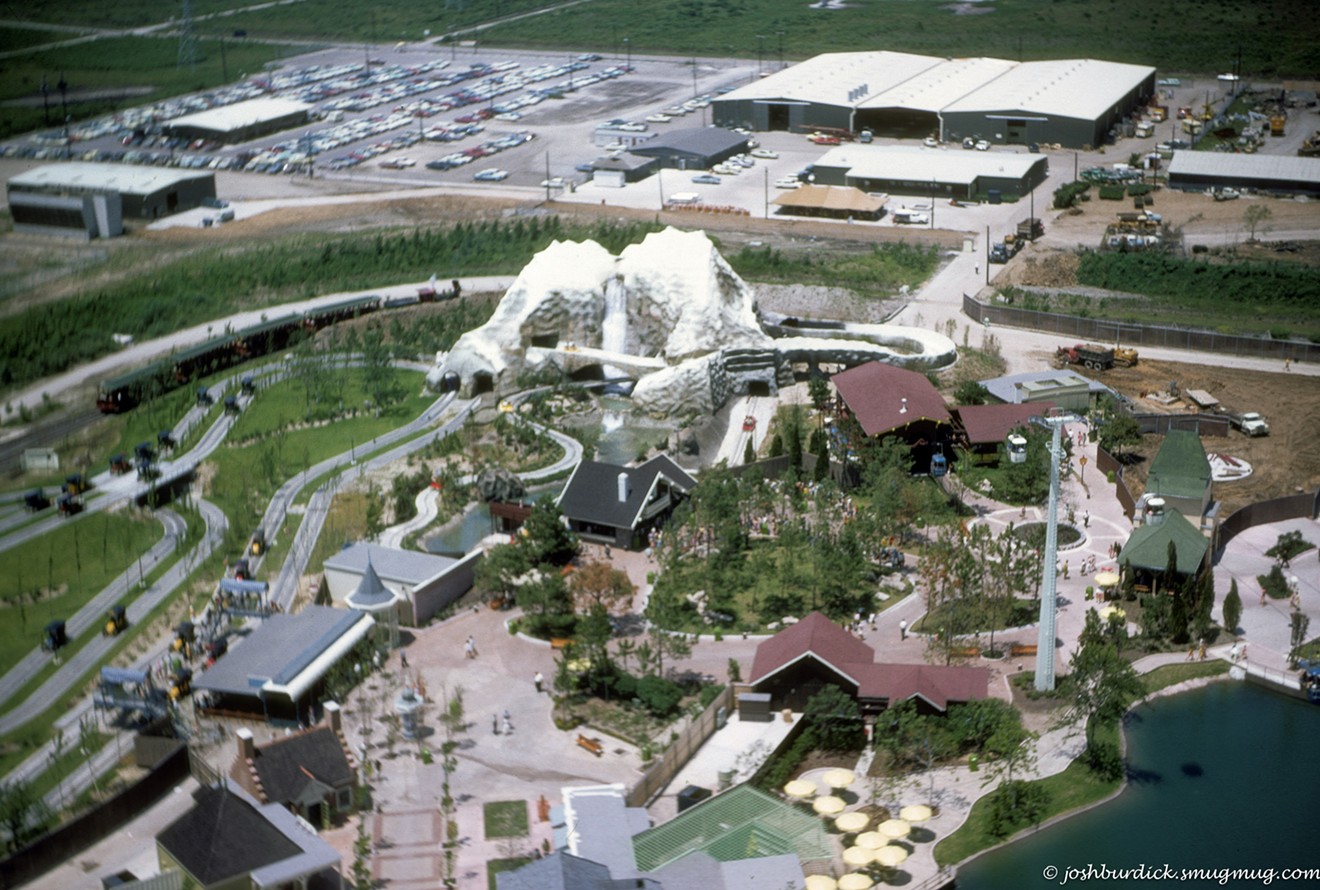 A look at what used to be across from the Astrodome. Photo by Josh Burdick
We know that the 50th anniversary of the opening of AstroWorld has stirred in you a variety of feelings. Sadness that it’s gone, bitterness at how Six Flags for how they ended it, and the joy that’s associated with your memories of the park. Sure, the anniversary on June 1 was the big day, but it’s not as if you’ve stopped thinking about the park over the last week.

Which is to say, if you’re still in the mood to roll around in nostalgia, you’re in luck, because there’s more to consume than just the news articles, slideshows, and TV reports when it comes to AstroWorld. For those of you who don’t know, Youtube is full of channels dedicated to the history of amusement parks and roller coasters. If thrill rides and theme parks are your jam, there are hundreds of hours of video just waiting for you, and while many of them are Disney-centric, plenty of other parks, including those no longer in business, get their share of love too, including AstroWorld. This is a boon for Houston transplants like myself, who only got to visit the park two or three times, and whose memories of the park are hazy at best.

So, for those of you old enough to remember the "abominable snowman" hanging out in the Alpine Sleigh Ride to those of you who’ve only heard of AstroWorld as the name of Travis Scott’s new album, enjoy these videos on a gone but missed part of Houston history.


Released just in time for the big anniversary, takes a pretty solid deep dive on AstroWorld. It’s sincere in a way that many of their videos aren’t–if there’s a joke about Michael Eisner anywhere in this one I missed it–with top-notch editing across the board. is one of my favorite channels on Youtube, and I’m so happy that the team behind the show used their considerable talents to make AstroWorld the focus one of the best episodes of the series.


Theme Park Crazy is another channel that I check out on the regular, and this video from a few months back provides some interesting looks at just how the amusement park industry works when it comes to shutting down parks. Think of it as a visual companion to a post we did a while back. Spoiler alert: moving rides from one park to another isn’t always easy. Still, it is good to know that you can still ride the Mayan Mindbender if you’re willing to drive out to Amarillo.


Whether or not you liked the Ultra Twister, there’s something neat about how it was the only ride of its type in America while it was in operation. If you want to ride something similar, you’re going to have to get in a plane and head across the Pacific Ocean. If that’s too costly, you can always watch this video to see what you missed out on.


Youtube is filled with the various commercials used to advertise the park, but this by far is my favorite based on how silly it is. It’s got this weird “Vegas but not” feel to it, and it doesn’t hurt to remind everyone that Waterworld was a thing too.


We wrote about this one last year, but if you haven’t sat through it, it’s another deep dive on the park worth taking a look at, especially if you’re a coaster enthusiast.
KEEP THE HOUSTON PRESS FREE... Since we started the Houston Press, it has been defined as the free, independent voice of Houston, and we'd like to keep it that way. With local media under siege, it's more important than ever for us to rally support behind funding our local journalism. You can help by participating in our "I Support" program, allowing us to keep offering readers access to our incisive coverage of local news, food and culture with no paywalls.
Make a one-time donation today for as little as $1.