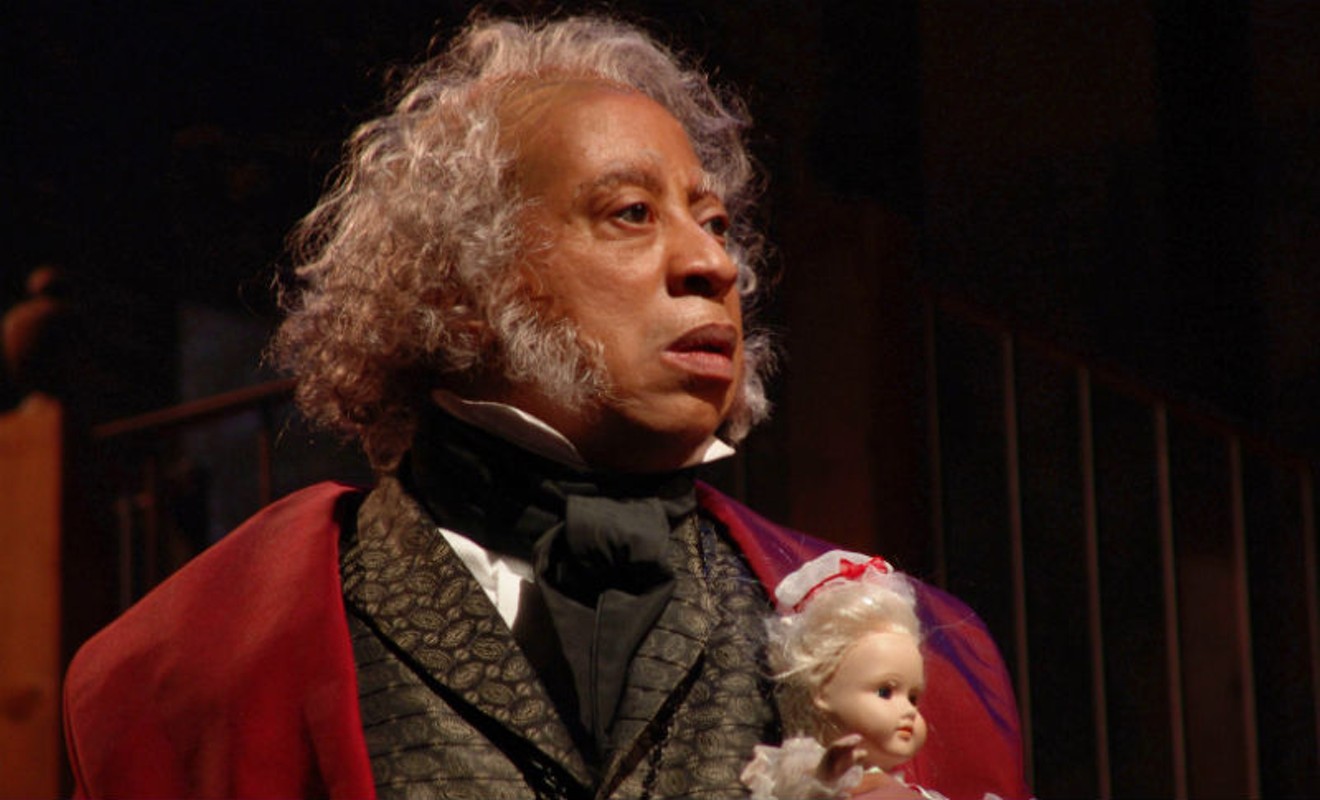 It won't be for the first time. In 2006, he and actor/director James Black alternated the role and since then, every year, Rainey has been the company's understudy for the part giving him the opportunity to go one occasionally, while in recent years playing the part of Christmas Present.

But this will be the first time in the 19 years he's performed in A Christmas Carol that the lead role will be all his — with, of course, the chance to make it his own. Because when he did it in tandem with Black, he says, he felt he needed to sort of mirror Black's performance so that the rest of the cast wasn't thrown off stride by sudden changes just because there was a different lead performer.

"This is the first chance to come at it from my own perspective," he says in undertaking the story of a man isolated by wrong priorities in his life, who thanks to intervening and instructive ghosts, has a chance to engineer his own redemption.

Rainey won't be the only cast member in a new spot in Michael Wilson's version of the classic, which will be directed by Black. Josh Morrison will take up the role of Christmas Present, Rainey says, as well as some other shifts among actors from the Alley company and from Houston. David Matranga will take over the Jacob Marley/Mrs. Dilber role.

"Scrooge is a man who has given up on humanity really and he’s thrown himself into money and kind of gotten lost in the pursuit of wealth — lost all connections with human beings in any real sense," Rainey says. "The turn that he takes in the play is him realizing that, with the ghosts taking him through his life. First to see what he’s lost and seeing what damage he’s caused and then having a real sense of redemption, that he honestly wants to change.  Then he’s told he’s going to die and that’s going to be it. And he ends up having this great remorse.

"Ultimately he gets a second chance. He gets cleansed, kind of reborn in a way and then he goes about making the changes in his life. What's sticking with me the most is the idea of forgiveness. It’s not just that he gets a second chance but he goes a step further and asks for forgiveness from other people for what he‘s done. that's the part that means the most to me. "

Asked how he keeps things fresh after performing in A Christmas Carol not only for so many years but with so many performances offered to the public each season, Rainey - who is also an acting teacher — says he does the same thing he tells his students. "Stay in the moment. Make sure you are doing the play right now. I am talking to this person at this moment." In addition, he says. "Each audience is a new audience. The audience is another character in the show and they play a role."

Attendance at A Christmas Carol is usually a family affair. Rainey thinks the play holds children's interests because of the way it is clearly structured and because it is easy for young minds to comprehend.

"It's very easy to understand. There's Scrooge as he was.You kind of see the various ways that he's interacting with people. Then this ghost shows up and says I'm going to send three other ghosts to you and then those three ghosts come and show him different things in a very orderly way. So it's easy one for young kids to follow and all of us to follow.

"I also think that it’s a very, very basic human story that we all can relate to," Rainey said. "The whole idea about redemption is as human and basic as they come. All religions are based on that very idea if you repent and you atone genuinely then you’ll be washed clean. You can start over again and get a second chance to do it better and right and fix the things you did wrong.

"All of us have done things we regret. And 'Boy if I could get a second chance.' The play is telling the story of  this person who presents the worst of us and says if you wake up and atone you can get a second chance. I think A Christmas Carol endures as long as it has and will continue to endure because of the message of what the holiday season is supposed to be about. which is gratitude. We should be grateful. We should care about other people. We should be generous."

Performances are scheduled for November 15 through December 29 at 7:30 p.m. Tuesdays thought Sundays and 2:30 p.m. Saturdays and Sundays. Some weekday matinees are available. Alley Theatre, 615 Texas. For information, call 713-220-5700 or visit alleytheatre.org. $26-$92.
KEEP THE HOUSTON PRESS FREE... Since we started the Houston Press, it has been defined as the free, independent voice of Houston, and we'd like to keep it that way. With local media under siege, it's more important than ever for us to rally support behind funding our local journalism. You can help by participating in our "I Support" program, allowing us to keep offering readers access to our incisive coverage of local news, food and culture with no paywalls.
Make a one-time donation today for as little as $1.