HGO's El Milagro del Recuerdo: The Start of a Decision to Find a Better Life 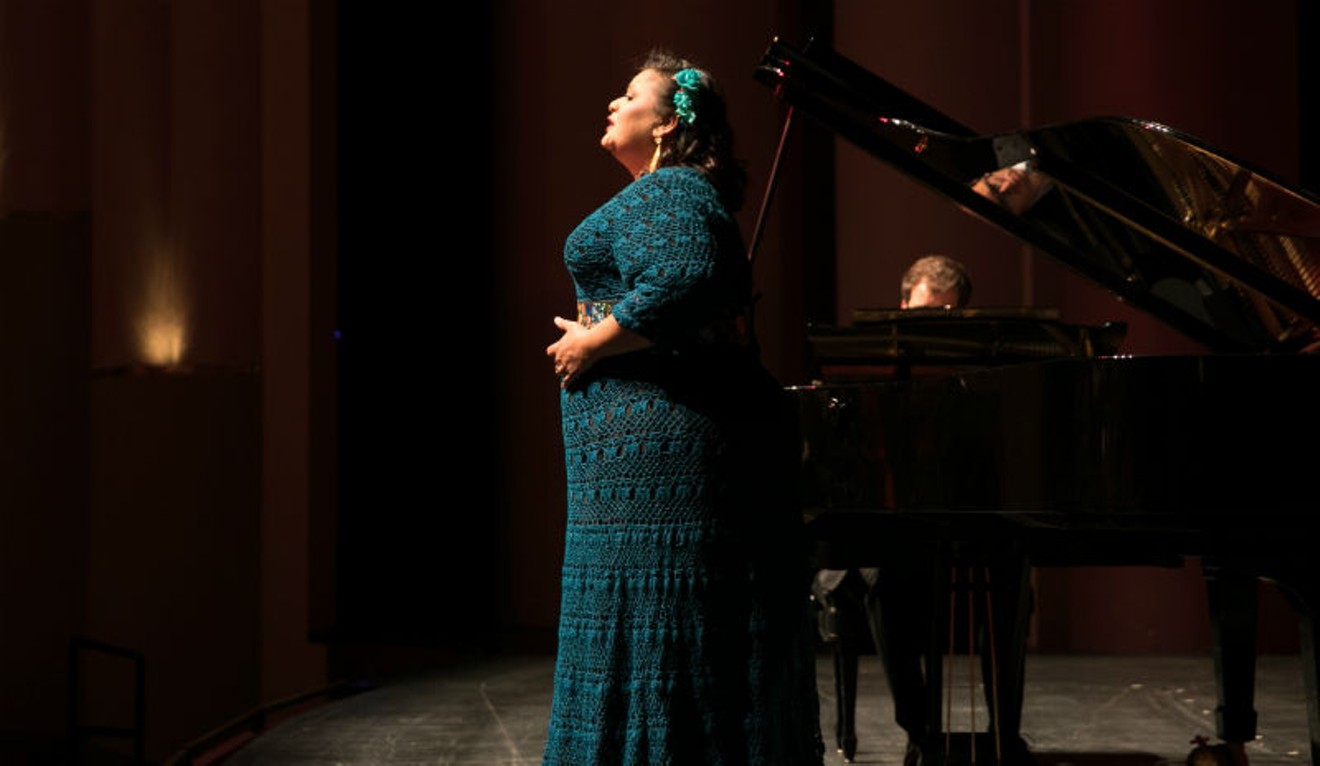 When it premiered in 2010, Cruzar la Cara de la Luna (To Cross the Face of the Moon) became the first mariachi opera in the world, telling the story of immigrants in the families and things they have left behind as well as the new life they build in their new countries.

Now, Houston Grand Opera is premiering a prequel to that work — which by the way went on to be performed around the world and to great acclaim in Paris — called El Milagro del Recuerdo (The Miracle of Remembering) which like its predecessor is a bittersweet look at how hopes and dreams can run right into life altering decisions not just for the people who make them but also for the people who depend on them.  It also answers some of the questions audience members had after watching Cruzar.

Working with librettist and director Leonard Foglia, Mexican composer Javier Martinez — the son of Jose 'Pepe" Martinez who was part of Cruzar — has put together another one-act mariachi opera.

This story goes back to when Laurentino has just started traveling north to the United States to make more money and better support his family. Mezzo-soprano Cecilia Duarte is back as Renata, his first wife. And this time HGO studio artist Daniel Noyola will perform the Laurentino role.

Well known mariachi mezzo-soprano Vanessa Alonzo returns as Lupita, Renata's friend whose husband has also just started traveling north for work. "My husband is barely coming back and barely sending money back from the U.S. and he's bringing stuff and I'm getting excited about all this stuff and the changes that are happening in my family and that I don't have to suffer for food."

Despite all the comings and goings, mostly goings, Lupita retains an optimistic outlook, Alonzo says. "Lupita has always been very positive toward the future. I think that's a good thing." At the same time, she and Renata fight to maintain the special traditions they have, she says.

Taking Cruzar to Paris turned out to be magical, Alonzo says.  "We were told before we even started rehearsing don’t be surprised if the people of Paris don’t applaud after every song. They are very reserved. Well wrong! Because they were stomping on the floor when we finished the whole show and screaming 'Viva Mexico!'

"I remember the back of my head was pounding in excitement. After the show they came around the back to the stage door and they greeted us and they were saying stuff like 'You told my story" and they were crying. They were like from Kenya, Italy . These were people from other countries that were not Hispanic.

"Cruzar touched peoples hearts because it touches on a subject that is very alive and open today. We have the border crisis going on. People are still trying to come over and find a better life.  And there are people who are just trying to stay and continue the life they have here because back home it's just chaos. Who knows what's going on in their home country?

"In Milagro del Recurerdo it's to remember exactly where you come from and don’t forget that," she says. "It speaks a lot about the family traditions that we have to continue. And staying together as a family."

People who usually go to operas and those who generally don't should come to Milagro, Alonzo says. And bring their children, she adds. It's 90 minutes guaranteed to open up a brand new world on all sides.

"A lot of people when they think of mariachi music think of restaurant music, Alonzo says. "But it's not just that. The fact that they've given people like myself who never really expected to be a part of Houston Grand Opera or perform at different opera theaters throughout the country and the world, I never expected it. It opened the doors to people like myself."

Performances are scheduled for December 5-22 at 7 p.m. Thursdays through Saturdays and 2:30 p.m. on Saturdays and Sundays at the Wortham Theater, 500 Texas. Sung in Spanish with projected English translation. For information, call 713-228-6737 or visit houstongrandopera.org. $30-$107.
KEEP THE HOUSTON PRESS FREE... Since we started the Houston Press, it has been defined as the free, independent voice of Houston, and we'd like to keep it that way. With local media under siege, it's more important than ever for us to rally support behind funding our local journalism. You can help by participating in our "I Support" program, allowing us to keep offering readers access to our incisive coverage of local news, food and culture with no paywalls.
Make a one-time donation today for as little as $1.