Grooves is trying to navigate operating in a pandemic. Photo by Energizer Tha DJ

Grooves, known for its drinks, nightlife, and crowds, is noticeably light on customers, something not unexpected during this pandemic. Patrons dance and drink as servers donning masks tend to tables making sure drinks, food, and hookah coals are replenished.

A woman, dressed simply in orange sweats and a plastic face shield, stands at the back of the large room. She overlooks the guests and speaks quickly to staff members before rushing back into her office to figure out her next move. She quickly rushes through the kitchen toward the back office, giving a quick warning about the clutter in her office before opening the door to an almost pristine room and finally sitting down to gather her thoughts. The moment is fleeting as a staff member comes in to ask her about an ipad.

“It’s in the other room…on top of the two boxes. It’s in a purple case. When you walk down the hallway look in the second room. Go straight ahead and look to your right,” Drake instructs the waitress without missing a beat as she quickly returns a text and runs through a checklist with her floor manager.

"Things move quick around here," she half-heartedly exhales before leaning back in her seat.

The woman, Felicia Drake, is the owner and operator, and while running Grooves may seem natural it was a job that definitely did not fit the lifestyle of a self-described homebody.

“This place literally fell into my lap. I got the opportunity and a I took it and ran with it but, I’m not going to lie, it’s been a real struggle. I had to adjust to a new lifestyle, and it was rough, especially in the beginning. I’m the type to go to bed at nine o’clock so all of it was different.”

The struggle over the past decade intensified last March with the arrival of the pandemic.

“I knew it was real when they closed the rodeo,” she recalls. "When that happened, I knew it was serious. We have a church service here on Sundays and that was the last event we had before the big shutdown. On March 16 I got word we needed to close for two weeks. We, like many others, had events lined up, and while I understand safety concerns, we lost tens of thousands of dollars.” According to Drake Grooves has been operating at half capacity according to the rules
Photo by Energizer Tha DJ
As the pandemic raged on, Drake continued to operate while adjusting to rules coming from various agencies that govern her business.

“We are being alerted in the moment. When Governor Abbot announced nightclubs and bars shut down the action was immediate. For those of us that had purchased inventory on Wednesday and Thursday for Friday you’re left in the dark. We just had to shut down and wait.”

After about a month Drake was able to get the operation running again. But for a self described stickler for the rules, moving through the grey areas of regulation proved difficult.

“It has been a real challenge. We are categorized as a restaurant under TABC [Texas Alcoholic Beverage Commission]. We have always been categorized that way. We didn’t have to go through some of the hurdles and pitfalls other business went through trying to change their whole organization. For us the challenge came when it came to capacity. We were told we can operate at 50 percent capacity. Our legal capacity is 750 people so 50 percent is 375. Every week we have without fail we have a visit from HPD. We get visits from the fire marshal. They check our numbers. They check our clickers. They make sure we are doing what we are supposed to do, and we have never had a problem.”

A problem, however, did arise when Grooves, along with Spire and Cle, received a very public ban by TABC in January leaving them with the inability to serve liquor. While Grooves received the least punishment out of the three it is still something that Drake contends is not fair.

“Our venue is versatile and modular. Everything in there can be moved. We can move everything and roller-skate in there. A number of venues have had concerts. Prior to MLK weekend we had concerts with no issues. We followed the rules given to us. Then we hear the mayor says no concerts but for industries like this one we need warning. When the concert was booked, we were allowed 75 percent capacity. Then they said, out the blue, 50 percent capacity for everybody. Of course, we adjusted but there is a lot of money being lost. Our whole focus has been on managing capacity, and that's exactly what we did, but our citation was for social distancing. We were under capacity when TABC came but they cited us for social distancing.”

The ban for social distance, to Drake, seemed arbitrary and heavy handed.

“When you come in here you see me working. You see my staff working. We are managing capacity. Our room is set up for social distancing. My guests are sick of me because I’m constantly going around with hand sanitizer and masks. I spent thousands of face shields and mask for my staff,” she explains as she pulls out box after box of PPE and safety materials. “I’m inside and outside the building to make sure everyone is social distanced.”

For Drake, her ultimate problem is that the rules coming from the agencies that regulate her business are not, in her opinion, as straightforward as they should be. That coupled with public perception has her fighting an uphill battle with the image of Grooves.

“The rules need to be clear across the board because the rules that are given are very abstract. I deal with TABC, HPD, the fire department, the health inspectors, and more. Talking with some of them, even they are overwhelmed with everything. The mayor has told people to call on offenders so every time a citizen complains someone has to come out and check.

"I know people are trying to help, and I know there are people out there breaking the rules, but sometimes what people are perceiving is not the case. We’ve had complaint calls on days where we are not even open for business and no one is here. I can’t speak for everybody else, but I can speak for Grooves. We are following the mandates. We are providing the mask. We are providing the hand sanitizer. We are staying under capacity and doing everything they require. I have gone all of these months and never received a warning so to get shut down in the manner it happened was very unfair.” 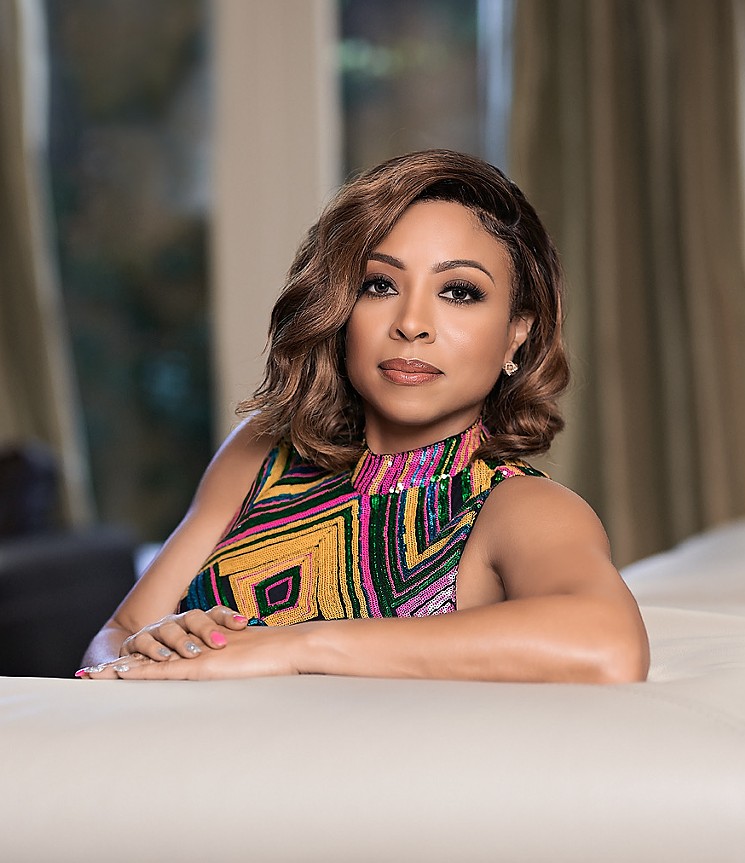 Felicia Drake is trying to balance keeping things going amid state and city regulations.
Photo by Slice
With everything that has occurred Drake’s focus is directed toward two areas. She talks often about her staff and the legacy of Grooves.

“You need to be 21 and up to come into Grooves. Our customers are grown adults that have made a choice to come here. When they come here, we do everything in our power to make sure they are safe by following guidelines and rules. For me I’m looking at about 75 employees depending on work. I know a lot of people in the public think we should just shut down for a few months. If someone is ready to write the checks to shut us down, I’m OK with that. I would gladly go sit down.

"My mother is in the office next door and she is here every day with me to make sure this works. I don’t want her to have to feel like she needs to help but the landlord still expects the rent check. The business loans we have taken out still expect payment. Even the taxes from the city that keeps reducing our capacity still need to be paid on time. When we did shut down this past April, we still got a light bill. We have no revenue coming in. How are we supposed to pay these things?

"I have people depending on me and us being open. We have been here for nearly 15 years, operating and providing for the community. This one thing shouldn’t be the stain that we are defined by.”
KEEP THE HOUSTON PRESS FREE... Since we started the Houston Press, it has been defined as the free, independent voice of Houston, and we'd like to keep it that way. With local media under siege, it's more important than ever for us to rally support behind funding our local journalism. You can help by participating in our "I Support" program, allowing us to keep offering readers access to our incisive coverage of local news, food and culture with no paywalls.
Make a one-time donation today for as little as $1.