Billie Eilish Not Knowing Van Halen Is A Cross-Generational Triumph 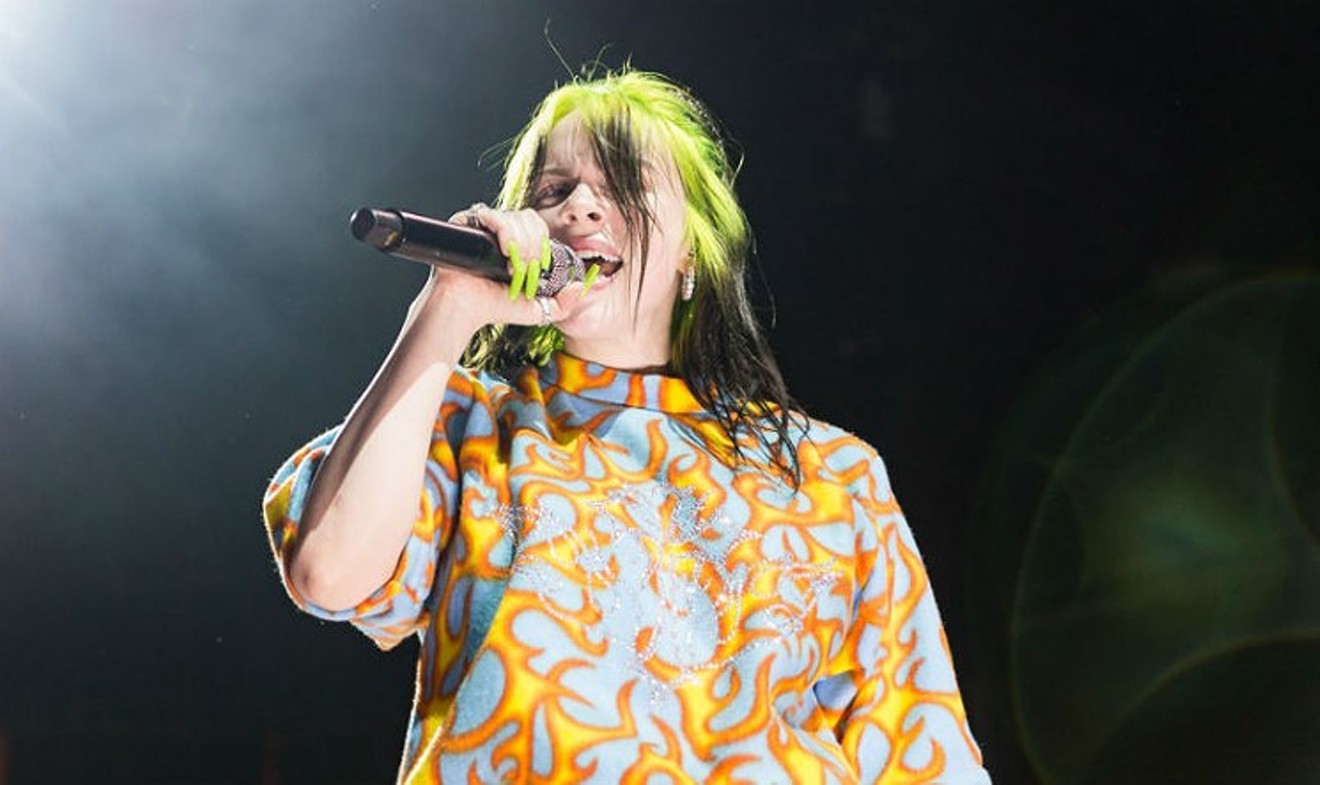 Probably too busy eating avocado toast to listen to the radio, am I right? Photo by Jennifer Lake
In the latest skirmish of the devastating culture war that threatens to tear this country apart in a frenzy of irate Twitter mentions and a fusillade of "I can't evens," 17-year-old singer Billie Eilish told late night talk show host Jimmy Kimmel she doesn't know who Van Halen is (3:57 mark):


Is this a big deal? Yes, and no. No, because similar sentiments are tossed around on message boards and internet forums every minute of the day. The difference in the latter scenario being, someone who's already online can easily Google the relevant information in the time it takes to snottily type out "Who is Jethro Tull?" or whatever. Eilish was on live TV, and answered the question honestly.

Naturally, much of the negative reaction has come from people my age or older, who were so immersed in Van Halen's music from the '70s to the '90s that not reflexively recognizing them seems incomprehensible. "The temerity," we sputter, as we wistfully remember Diver Down thumping from our tape decks, "The audacity of this child, to not even be able to recall one of the two people in the band's name. Pass me another Bartles & Jaymes."

Y'all really need to calm down. Speaking as someone who wrote a retrospective of 1984 earlier this year, there's absolutely no reason for Eilish to be ashamed. The last Van Halen album of any signficance (sorry, Different Kind of Truth-ers) was probably For Unlawful Carnal Knowledge, released in 1991. Ten years before Eilish was born.

The kid on the right is now 15 years older than David Lee Roth was when this was shot.
YouTube
Eilish grew up in a post-Napster world, likely experiencing tunes on YouTube and Kazaa, and downloading them from sites like Spotify or SoundCloud. Her musical experience, in other words, was never shaped by the tyranny of terrestrial radio.

Because "classic rock" is, if possible, even more calcified than the AOR stations of my youth. Those could at least be counted on to play April Wine or Triumph once in a while. Meanwhile, modern stations have a playlist of approximately 35 songs, going by my hard scientific approach of listening to 106.9 for about two hours last weekend. Unsurprisingly, Van Halen is pretty prominent ("Panama" and "You Really Got Me" especially), which sustains the mainstream overall cultural myopia.

So it's thanks to Gen X and Millennial programmers like Jaan Tallinn and Shawn Fanning and sound designers like Alexander Ljung who — for better or worse — loosened the stranglehold on what music was readily available to us. As a result, Eilish had more options for obtaining songs she liked than positioning a portable tape deck over her clock radio and hoping the DJ didn't talk all the way through the intro to "Who's Cryin' Now?"

What? It's a bitchin' song.

And while we're at it, a shout out to Eilish's Baby Boomer parents, who — unlike some of their cohort — evidently didn't feel the need to force feed their musical favorites down their kids' throats. Yes, it's fine to expose your children to the pop culture you enjoy, but coercing them into loving it like you do never ends well.

We hear a lot these days about generational conflict, from "OK Boomer" to "the Karen generation" to ... Karen memes, but the simple inability of this young person (who, by the way, released one of the best albums of 2019) to identify any members of one of rock's greatest bands is actually quite refreshing. It gives me real hope that Americans of all ages can come together to combat the very serious issues that trouble our nation.

Like how Eddie Van Halen doesn't listen to music at all.
KEEP THE HOUSTON PRESS FREE... Since we started the Houston Press, it has been defined as the free, independent voice of Houston, and we'd like to keep it that way. With local media under siege, it's more important than ever for us to rally support behind funding our local journalism. You can help by participating in our "I Support" program, allowing us to keep offering readers access to our incisive coverage of local news, food and culture with no paywalls.
Make a one-time donation today for as little as $1.