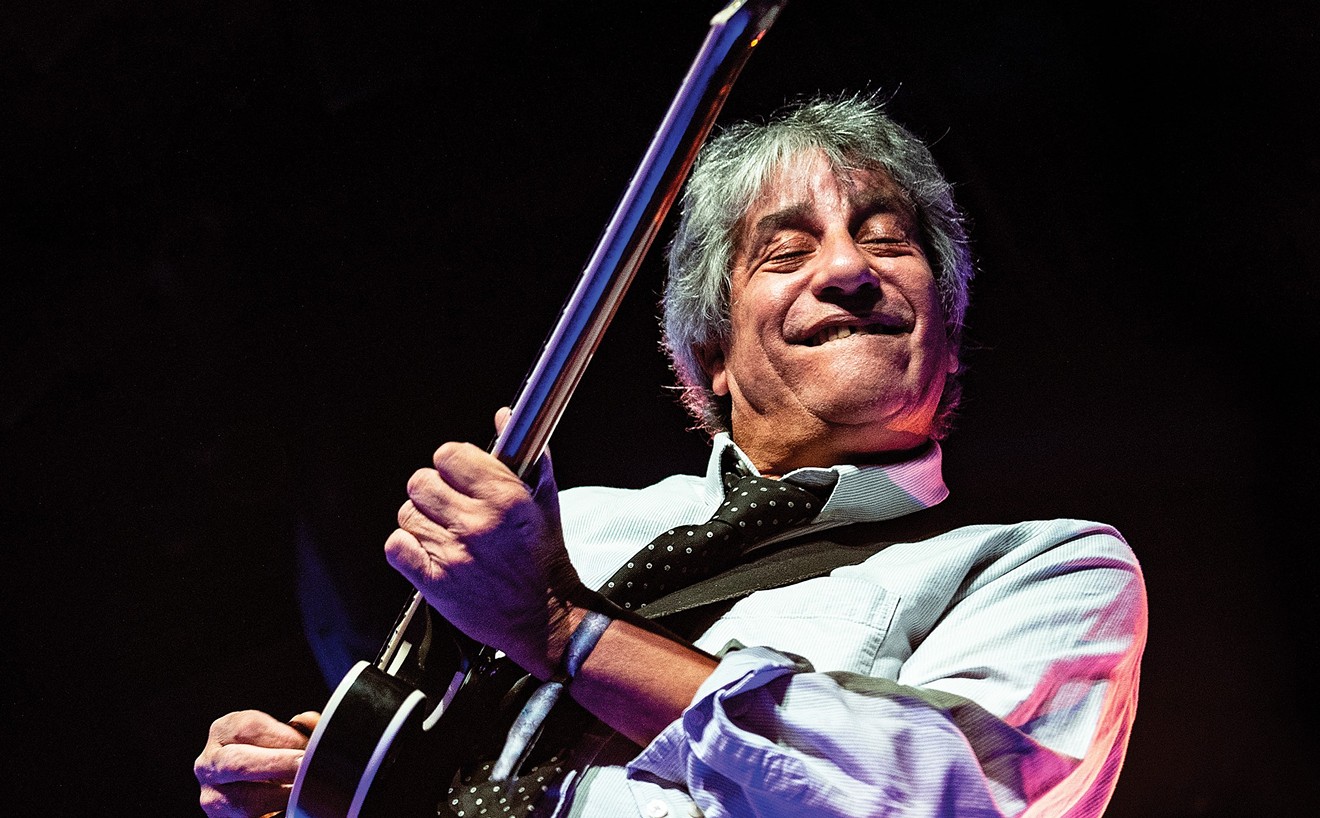 Chris Cain's new music has an old soul. Photo by Marilyn Stringer/Courtesy of Alligator Records
In the Christian Bible, the Story of the Nativity mentions the Three Kings. And in the Holy Book of the Blues there is another troika of monikered monarchs: the Kings named B.B., Albert, and Freddie. Contemporary blues singer/guitarist Chris Cain was fortunate enough to meet, open for, and/or befriend all three of them.

And while he was closest personally to Albert King, whose singing and playing style most resembles his own, it was B.B. King who made the pronouncement to a Minnesota DJ: “Chris Cain? Now that boy can play the guitar!” A wider audience than ever will be to hear what Cain can do after nearly 35 years in the business on Raisin’ Cain, his fifteenth record overall, but first for storied blues label Alligator Records. 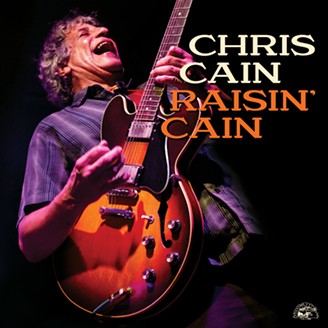 Alligator Records cover
“It feels like every day is Christmas now! It means a lot that you’re even talking to me!” the buoyant and genuinely enthusiastic Cain says over the phone.

Cain calls the material here “the best pack of tunes” he’s ever written, by holding on to the basics subjects of the genre: gold digging/cheating/unaffectionate women, landlords screaming for rent money, and men down on their luck in tracks like “You Won’t Have a Problem When I’m Gone,” “Too Many Problems,” “Down on the Ground,” “I Believe I Got Off Cheap,” “Found a Way to Make Me Say Goodbye,” and “As Long As You Get What You Want.”

In “I Believe I Get Off Cheap,” Cain send his unfaithful, lazy lover and her cousin packing, while namechecking the Dr. Phil show, Tanqueray gin, and Greyhound buses. “I never wrote a tune like that in my life! It turned out to be so funny,” Cain laughs. And throughout the tracks, there are many bags being packed and unpacked, all with Cain’s clean playing enveloping the proceedings.

“These feel more like songs with stories, and even if they didn’t have a solo on them, they work,” he says.

Hailing from East San Jose, CA and the San Francisco Bay area, Chris Cain was born in 1955 and raised in a music-loving household by two mixed-race parents with an extensive record collection who took young Chris to see shows by Ray Charles, James Brown, B.B King, and even Jimi Hendrix and the Beatles.


His father gave him a guitar at the age of 8, and a decade later was playing professionally (Cain is also adept at piano and sax). He was about 15 when his father took him to see Albert King at a music festival in a football stadium. Later, the pair went to see a bill of Albert and Freddie King and rock band Mott the Hoople at San Francisco’s storied Fillmore.

“My dad was an older black gentleman in a suit, so people thought he must be with the band, and he’d take me to meet [performers] all the time. What a gas! He even handed Freddie a cup with a drink in it while he was onstage. He always knew were B.B. was playing, and B.B. went out of his way to make me feel special,” Cain remembers.

“Then on Christmas Day in 1965, my dad told me to put on a suit and we went to see James Brown. It was the coolest thing I ever saw. The walls were sweating!” Cain laughs. “He never told me ‘This is what I listen to and you should too.’ He just put me in front of it, and then I started to really like it on my own.”

While still a teen, Cain saw B.B. King pull up to a gig in a limo. Albert King did the same another time, but in a U-Haul truck that he was driving himself. “I said ‘Albert’s my guy right there!” Cain laughs. “He played this club called the Bodega three nights in a row. I went early, and he came in with a to-go sandwich and just ate it at the bar. The people’s champion!” Cain recalls that King’s guitar was stolen after the first night’s gig, but after a plea from a local radio DJ, it reappeared.

Cain also studied jazz and San Jose City College before teaching the same subject there. He started his first band in 1986 and issued his debut record Late Night City Blues, the next year. That was after his first choice for a label, Alligator, turned him down for a contract. He put on more than a dozen records on various labels over the years. But flash forward to 2021, and the two forces have joined forces, seemingly predestined.


Like his previous record, Raisin’ Cain was produced by Kid Andersen (guitarist for Ric Estrin and the Nightcats), and recorded at his Greaseland Studio in San Jose. “Kid has a great bedside manor in the studio, and if he dug it, then I did. That guy is a total genius,” Cain offers.

Ironically, the name Chris Cain is probably better known and appreciated by blues fans in Europe than in his own home country, and bizarre practice that also extends to jazz players for decades. In the early and mid ‘60s, Muddy Waters and Howlin’ Wolf would go to England and play for large appreciative crowds of white kids in theaters who knew his every song, only to return to the U.S. to play local Chicago nightclubs and bars. But Cain has not been dissuaded.

“It really has just confirmed for me that I’m doing the right thing. I mean, guys in France would have records I was on that nobody even knew I made!” Cain says. “They know more about music in America than a lot of Americans. They’d bring up things even my pals didn’t notice! And we have them to thank for any color film of Muddy from the ‘60s, which was probably filmed somewhere like Holland or Sweden!”

But with the recent release of Raisin’ Cain, perhaps the title will also apply to his profile among listeners in the United States. And Cain himself knows things are already different.

“I was just a kid the first time I tried to get on. I was like three wild Comanches back then, and if I could do something wrong, I did! But the timing is right now. I’m a better version of myself,” Cain sums up. “But Alligator, they’ve been great. They found some money I [was owed]. They took like three weeks just to pick out the photo for the cover. That’s dedication! I mean, I’ve already seen this face from every possible angle!”

For more on Chris Cain, visit ChrisCainMusic.com
KEEP THE HOUSTON PRESS FREE... Since we started the Houston Press, it has been defined as the free, independent voice of Houston, and we'd like to keep it that way. With local media under siege, it's more important than ever for us to rally support behind funding our local journalism. You can help by participating in our "I Support" program, allowing us to keep offering readers access to our incisive coverage of local news, food and culture with no paywalls.
Make a one-time donation today for as little as $1.