Zach Person Maps His Own Course to Music Stardom 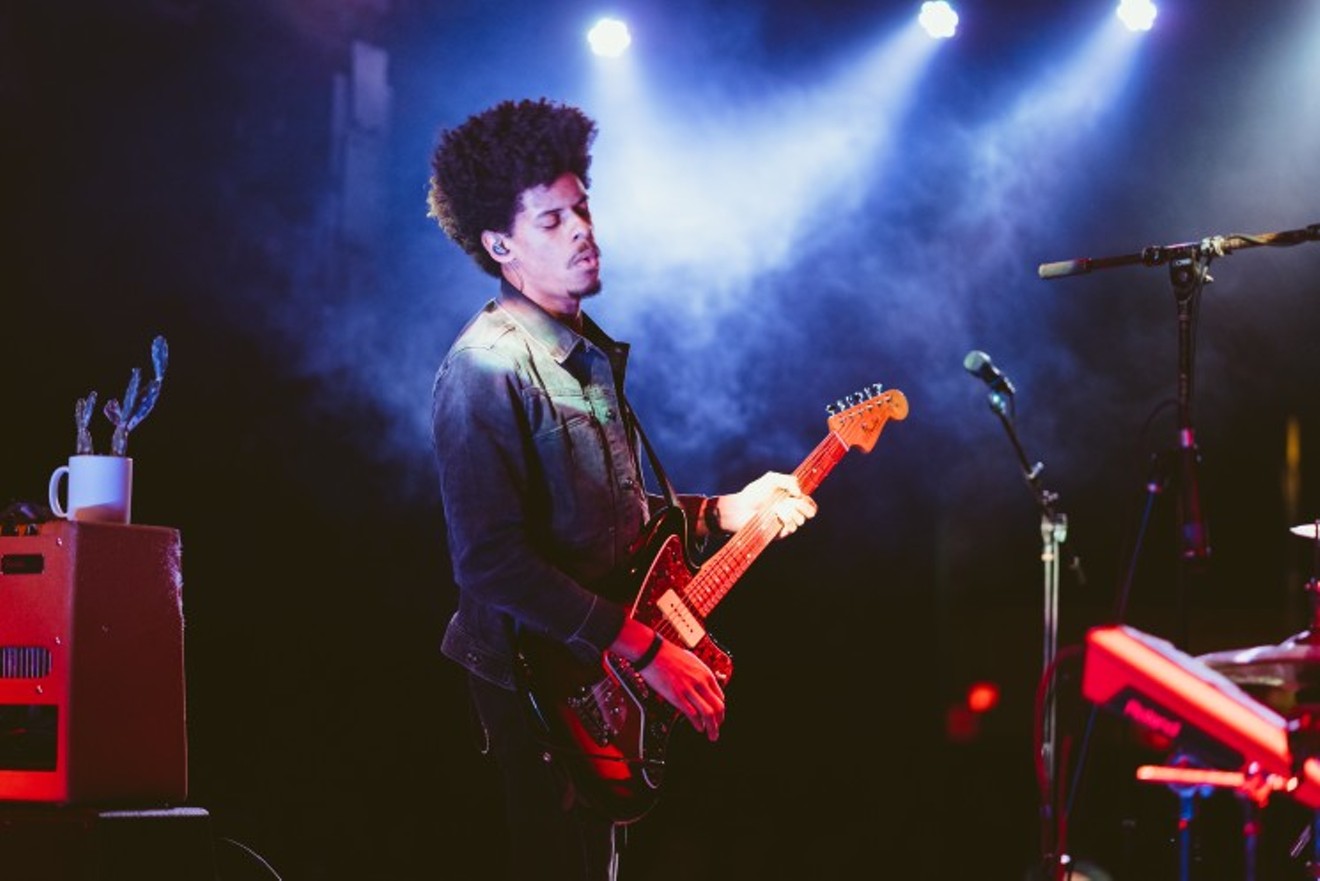 Zach Person Photo by Ismael Quintanilla III, courtesy of Juice Consulting
When Zach Person was a student in Fort Bend County’s schools, he must have been an A student in geography class. The 24 year-old guitar phenom has drawn his own map to indie rock success and his skilled musical cartography will soon see him playing dates across Europe this fall.

Before he heads overseas, the Austin-by-way-of-Houston artist will tread to familiar territory. House of Blues hosts the official album release for Person’s self-titled debut album Friday, August 13. The full-length record is an expansion of an EP originally released just weeks before COVID stopped the music world in its tracks last spring.

“We had planned to release the EP and do a bunch of promo and touring behind that in March of 2020 and then everything got shut down,” Person said. “We then made a move to basically write and record a whole rest of an album and then release it a year later.


“The EP was very much curated to give a really focused and clear vision of who I was and what I wanted people to perceive my brand as,” he continued. “With the album, to be able to branch out and have (listeners) feel all the sides of what I do and what I like — coming from North Carolina and Houston and traveling, I’ve gotten to meet so many people, so many kinds of people, so many different styles of music, and I’ve learned to appreciate it all. When I make music in general, I’m hearing all of these things.”

The course Person has charted is getting rave reviews. American Songwriter hears everyone from Elmore James to Jack White in his musical topography and the San Antonio Express-News dubbed him a “new guitar hero.” He taught himself to play by watching YouTube instructional videos and combing the Internet for lessons as a 10 year-old growing up in North Carolina. He moved to the Houston area when he was 13 and found freedom in the area’s diversity.

“In North Carolina the school was kind of segregated. Not purposely, it just kind of happened to be that way, and I never really fit in with anybody. I guess I was more like in the group of outcasts in North Carolina than when I moved to Houston,” he said.

Person said the mixed demographics of Hodges Bend, the Fort Bend ISD middle school he attended, made him feel “invisible.” He said he relished the anonymity, though it was soon to be short-lived. 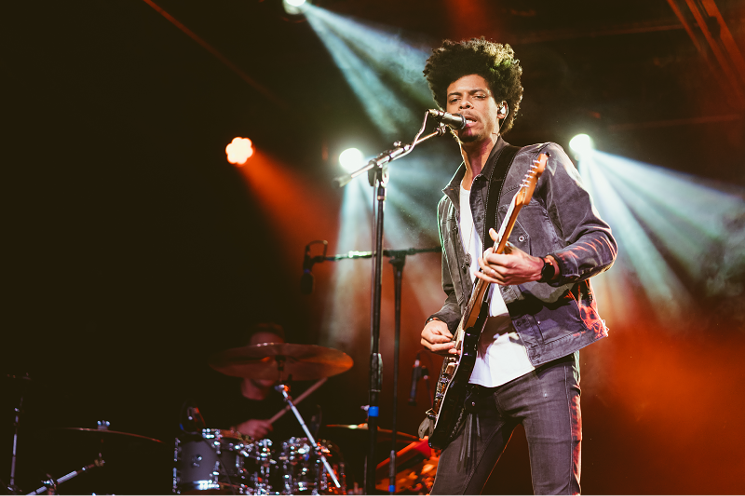 Person once cherished anonymity but is now in the spotlight
Photo by Ismael Quintanilla III, courtesy of Juice Consulting

“Nobody even knew that I played music in school,” he said. “It was Career Day in eighth grade. I ended up playing guitar in the middle of the gym during Career Day for some reason. I think somebody had one and I just wanted to play it and then a crowd of students came around and I performed a song and they all clapped. From then on, everybody was like, ‘Oh, you’re the guitar-singing guy.’”

He was “the guitar-singing guy” for some area bands, including Project X, with siblings Sarah and Matthew Campbell, and the rock act Dimphonic. He’s played lots of shows with local, young blues belter Sarah Grace and represented Houston at the annual International Blues Challenge in Memphis, Tennessee. Closer to home, he was a regular at Big Ben Tavern in Sugar Land and held a monthly residency at House of Blues at the tender age of 15. Although he’s been in Austin since 2017, he admitted returning to House of Blues Houston for the album release is special.

“It means a lot to me to come back and it feels all very full-circle,” he said. “In Houston and Austin, I’ve learned a lot from the elder musicians and music community. They’ve supported me and helped guide me as a young musician, so it’s cool for me to do it but also it feels good to come back for those people that helped me out when I was a little kid. It feels good for them to be there and see everything I’ve accomplished since then. It was all done with their help.”

The cumulative effort is an album that can’t be pigeon-holed to a specific sound, Person said. It’s not 100 percent rock or blues or R&B. 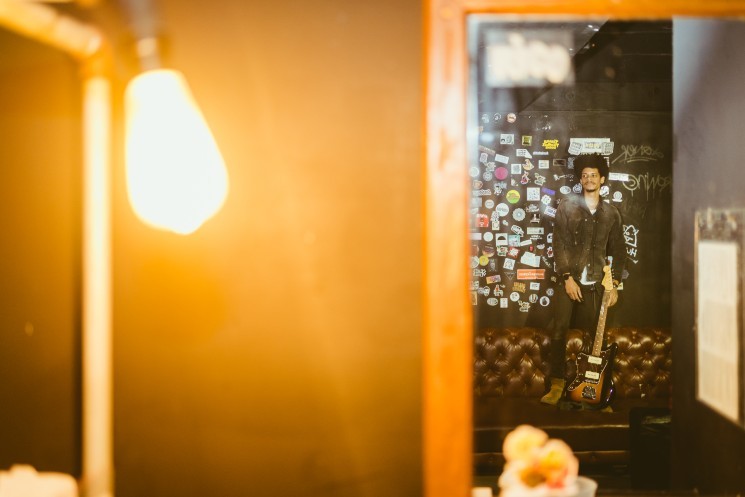 Person's future looks bright
Photo by Ismael Quintanilla III, courtesy of Juice Consulting
“I like to be right in the sweet spot of all those genres. Maybe at this point in the song it’s going to go a little more rock, then it pulls back and maybe goes down to sort of an Americana vibe,” he offered. “A big thing with this album, working with my producer Will Loconto, he has a big background in electronic music. So being able to take all these traditional styles and add in modern production, things like 808 kick drums and just making it accessible to a younger listener audience that’s used to hearing really produced pop, hip hop music, you know, also makes it accessible to their ears, too.”

Person said his only experience overseas was a senior trip to Ireland back when he was at George Bush High School. He’s mapped his musical journey from the solid earth of Houston and the smaller footprint of Austin's tight-knit music community. He said he’s excited to bring what he’s learned from his part of the world to audiences abroad on his first European tour. But, as always, he’s interested in what the new terrain will add to his own experience.

“Every time I travel I just learn so much and grow every trip and it helps me as a performer and a songwriter,” he said. “Personally, what I can gain from a trip like this is just seeing how people respond to this music in different parts of the world. It’ll help me grow tremendously. When you can see how people of all different ages, demographics, countries, parts of the world respond to what you’re doing, it helps you grow a lot.”

Zach Person returns to House of Blues Houston, 1204 Caroline, for the official album release of his self-titled debut album for BlackDenim Records, which is available on Spotify, Apple Music, Amazon and other streaming platforms. Friday, August 13. Doors at 7 p.m. for this all ages show in HOB’s Bronze Peacock Room. $15.