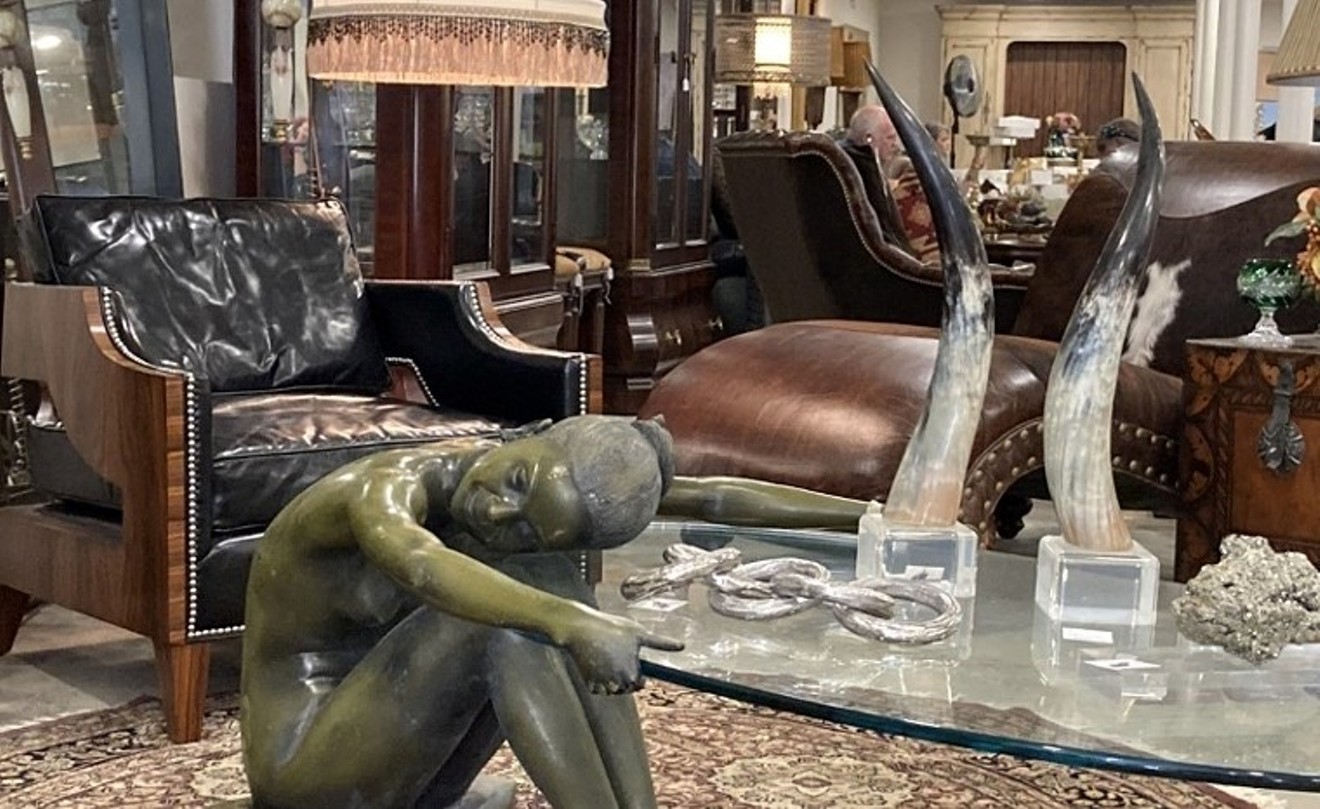 Does much of any of this really have to do with ZZ Top's Dusty Hill? His widow thinks otherwise. Photo by Tom Richards

As reported in Culture Map today, legal questions have been raised about the legitimacy of the recent Dusty Hill estate sale with the former ZZ Top bassist's widow saying she never authorized use of her late husband's name in the sale and in fact, knew nothing about it before it happened.

Attorney Geoffrey Menin filed a cease and desist letter on behalf of Charleen McCrory Hill as well as a request for a temporary (granted) restraining order against the sales organizers Thomas Anderson, Dominique Kendall and Gilded Monkey Market. According to his widow, she didn't find out about the event until after it received media coverage from several outlets in early June.

Earlier this month, Houston Press music writer Tom Richards reported on his visit to the sale, where he found a few items that seemed to be genuine ZZ Top memorabilia, although both Hill and Menin insist a substantial amount of the furniture offered in the sale was never owned by the Hills.

The Houston Press was unsuccessful in its attempt Tuesday to reach Anderson for an explanation. Menin's firm has said they have been unable to locate either of the two sales organizers.

For more on this developing story, we suggest you read today's Culture Map account by Steven Devadanam.
KEEP THE HOUSTON PRESS FREE... Since we started the Houston Press, it has been defined as the free, independent voice of Houston, and we'd like to keep it that way. With local media under siege, it's more important than ever for us to rally support behind funding our local journalism. You can help by participating in our "I Support" program, allowing us to keep offering readers access to our incisive coverage of local news, food and culture with no paywalls.
Make a one-time donation today for as little as $1.