Who Are Locks To Make the 2021 Houston Texans? 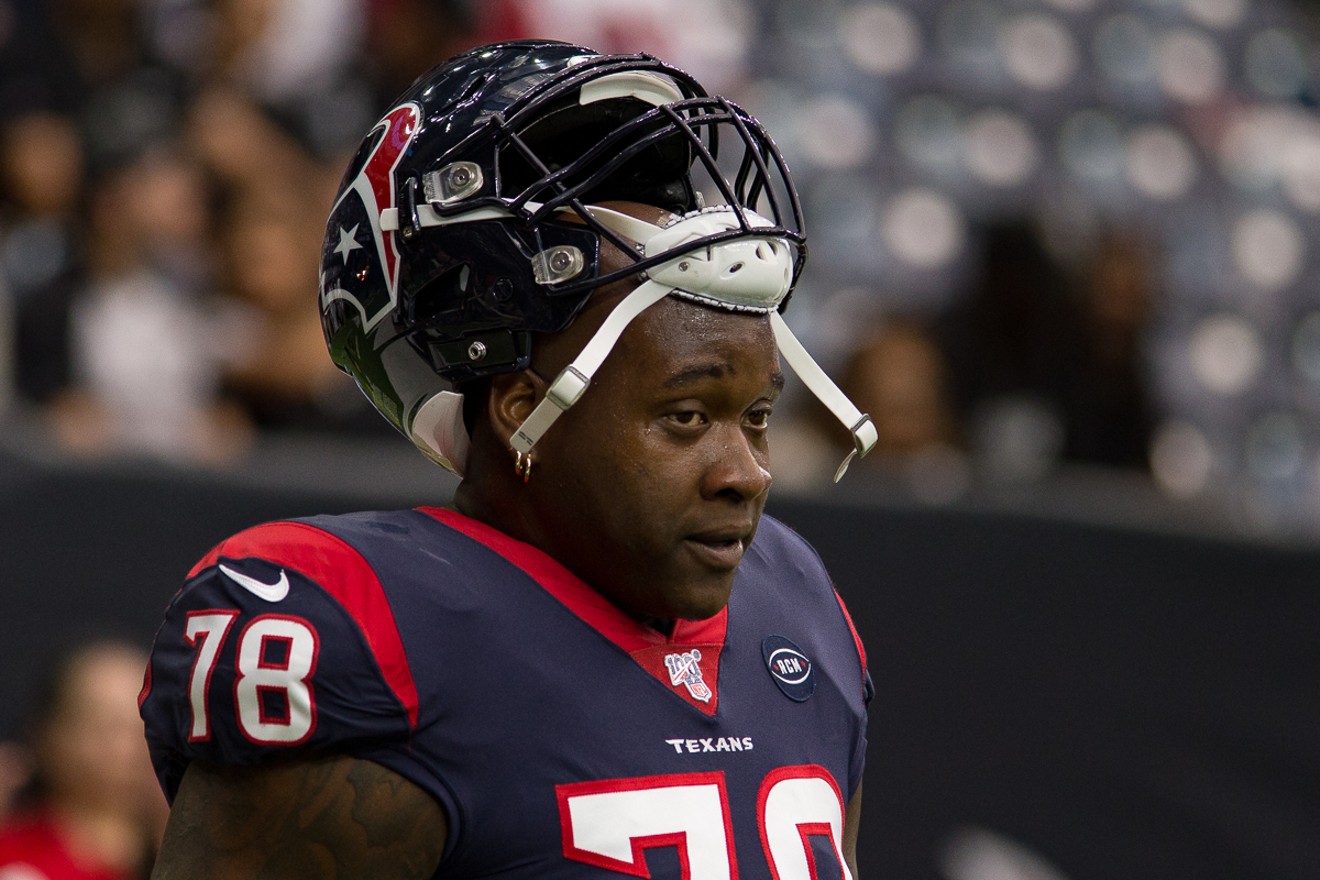 Laremy Tunsil is the biggest lock to make the 2021 Houston Texans. Photo by Eric Sauseda
There's a term that NFL players use to describe the moment that the reality of being a professional football player hit them. It typically happens sometime in training camp of their rookie years, and the term is your "Welcome to the NFL Moment." It's typically a moment that involves something negative, painful, and oftentimes bordering on traumatic.

Houston Texan fans in 2021 can probably relate on the following level — at some point, you, Houston Texan fan (what remains of you folks), will probably experience a "Welcome to the post-Deshaun Watson Era Moment." If you happened to be one of the few, the proud at practice on Saturday morning, then that moment probably arrived for you, as rookie QB Davis Mills threw five interceptions in team drills, and looked generally overwhelmed all morning long.

It was a punch-in-the-face reminder that we are in a new world, a world where "extreme training camp competition" is really just a euphemism for "we don't have that many good football players." Normally at this juncture, as we head to the team putting on pads this week, I'd put together my latest 53-man roster, but without the benefit of padded practice or preseason games, this is really just one big crapshoot.

So instead, let's lock in the Houston Texans that I feel have a 100 percent, "stone cold lock" chance of making the 53-man roster coming out of camp. Here they are:

QUARTERBACKS (2): TYROD TAYLOR, DAVIS MILLS
Taylor was not at practice on Saturday, an excused absence for personal reasons, but he will be the Week 1 starter, barring injury. For what it's worth, he hasn't looked a whole lot better than Mills in camp. As the first draft pick of the Caserio Era, Mills is definitely making the team, as well. Jeff Driskel, the third string quarterback, doesn't belong in the NFL. If Deshaun Watson is not (a) traded, (b) suspended, or (c) on the Commissioner's Exempt List by Week 1, then he will occupy a roster spot while the team works to trade him.

RUNNING BACKS (0): NONE
The depth chart here is intriguing, and I think three of the four veteran running backs here on one year deals — David Johnson, Phillip Lindsay, Mark Ingram, and Rex Burkhead — will make the team, but any of the four could be the odd man out, and thus, none are a lock to make the team.

TIGHT ENDS (2): JORDAN AKINS, BREVIN JORDAN
Akins is in the final year of his rookie deal, and was the starter all last season. Jordan was a fifth round draft choice this spring, and he has looked very solid early on here in his first training camp. The wild cards here are Pharaoh Brown, who may have been their best tight end last season but has yet to practice, and Kahale Warring, who is the most impressive physical specimen of the bunch, but has yet to make an impact since being drafted in 2019.

WIDE RECEIVERS (3): BRANDIN COOKS, NICO COLLINS, ANTHONY MILLER
Cooks is the team's primary offensive weapon, which is depressing to type when you consider this team had a Watson-to-Hopkins hookup for three seasons from 2017 through 2019. Caserio traded up in the 2021 to select Collins in the third round, so he will make the club. Miller has looked good in camp since being acquired from the Bears a week or so ago. Names to watch outside of these three include Chris Conley, Keke Coutee, Chris Moore, and Alex Erickson.

OFFENSIVE LINE (3): LAREMY TUNSIL, TYTUS HOWARD, JUSTIN BRITT
Tunsil and Howard would probably be the number one and two biggest locks overall to make the team. Britt has been consistently with the first string offensive line for all of camp, and barring injury, is a lock for the 53-man roster. The good news beyond this is that third year guard Max Scharping has been as big a first team fixture as Britt. Scharping reclaiming the form of his rookie year would be a welcome development.

DEFENSIVE LINE (2): ROSS BLACKLOCK, CHARLES OMENIHU
This group, as well as the linebacker corps, has a ton of veterans on short term deals, trying to extend their careers. Blacklock and Omenihu are not in that mold. Blacklock is in his second season, a former second round pick, and seems to be a much better fit for Lovie Smith's defense than he was for Anthony Weaver's. Omenihu has been one of the best players in camp. Shaq Lawson and Maliek Collins are names that are trending in the right direction among this group.

LINEBACKERS (2): ZACH CUNNINGHAM, CHRISTAN KIRKSEY
Cunningham is one of the highest paid linebackers in football, and Kirksey is a reliable veteran who seems to be filling the leadership void on a team with this much player turnover.

DEFENSIVE BACKS (2): BRADLEY ROBY, JUSTIN REID
Roby is the most talented cornerback on the team, and has looked that way in camp, thus far. In a contract year, Reid has been all over the field in team drills, getting at least two of the picks that Mills threw on Saturday, from what I saw. Names that I am most rooting for to climb into the "lock" category — third year safety Lonnie Johnson and former All Pro CB Desmond King.

SPECIALISTS (3): JON WEEKS, KA'IMI FAIRBAIRN, CAMERON JOHNSTON
These are always pretty easy selections. Weeks will still be long snapping long after everyone who reads this post is dead.