Opinion: Which is More Important — Free Speech or Stopping Fascism? 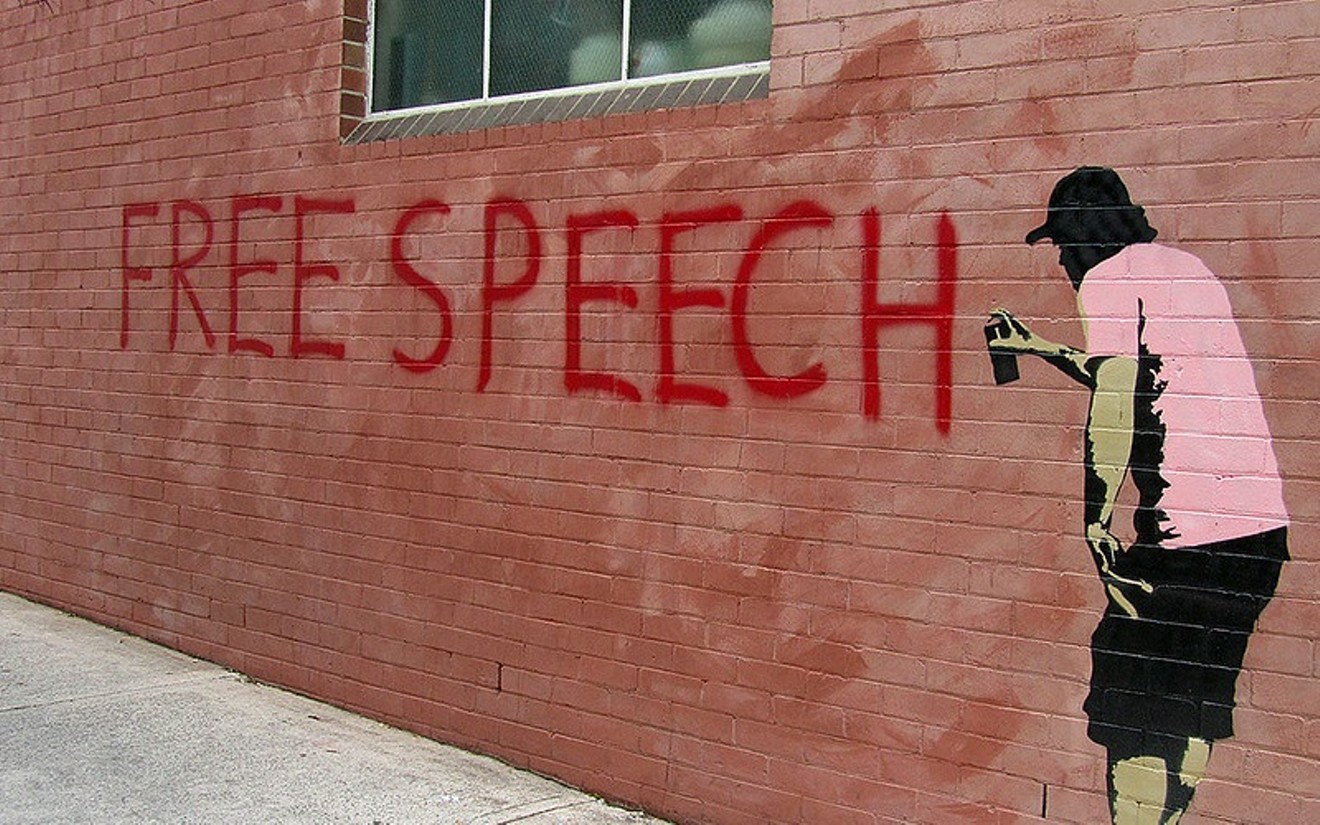 But HOW free? Photo by Newtown Grafitti/Flickr
With Elon Musk poised to own Twitter, many on the right are heralding it as the dawn of absolute free speech. The fact that Musk is apparently upset that former President Donald Trump remains banned from the site after the Twitter board found Trump had helped instigate the violent insurrection attempt on January 6, 2021 has some folks hoping for his return like Morgoth from the Void.

Which means it’s time to honestly ponder a question. Which is more important: free speech or preventing fascism?

Reasonable people should be able to agree that both are worthwhile things for a people to pursue. A lack of free speech, particularly a free press, is one of the many ways you end up with Vladimir Putin’s Russia. On the other hand, a failure to stop encroaching fascist elements is also how you end up there.

There will always come a time when the two ideas are in conflict with each other, such as with Trump’s Twitter ban. On that day, everyone is going to have to decide which one gets the priority and which one falls by the wayside.

I’ve seen a fair number of people claim that there is no conflict. They believe that the presence of fascist and outright Nazi elements on social media is a good thing because it shows us who and where those elements are. With that information, they can be defeated in the mythical land called the Free Market Place of Ideas thanks to the powerful disinfectant that is sunlight.

It’s a lovely theory, but it has not stood up to testing in real world conditions. It may work for the most blatantly awful of extremists, but the modern fascist has long perfected the art of mixing the message enough to allow hate to grow in the crevices between what they say and what they mean. As Christian Barnard, a policy analyst at the Reason Foundation, puts it:

“Assuming the goal is to gain more knowledge, more speech is not always better than less speech. Even in a free society, the truth does not always win out. Disinformation campaigns and propaganda can pull the wool over the eyes of entire populations. Fake news and conspiracy theories can spawn communities that systematically buck the tide of better, more widespread speech, doubling down on their isolated worldviews and even growing their numbers.”


To let lies, disinformation, and fascist rhetoric spread unchecked is intrinsically a danger to the public mind. Human beings are simply not mentally capable of logically weighing every piece of garbage that gutterballs into their brains against a learned truth. There isn’t time, and even if there was, there isn’t the will. The ideas spread virally, and the next thing you know, the very fabric of society is at risk. We’re seeing this across the land as right-wing politicians gleefully undermine the very concept of a legitimate democracy.

No nation understands this as much as Germany. Uniquely conscious of its role in spreading global fascism, its people have dedicated their post-Hitler existence to killing the seeds of the next Fuhrer. This has led to a robust set of speech laws that ban lionizing the Nazis the way, say, Americans lionize the Confederacy. It’s a strong enough system that Americans have taken to switching their location to Germany in order to use sites like Twitter minus the white nationalists.

Free speech still exists in Germany. It’s just that given a choice between absolute ability to say whatever and shutting down hate speech, they chose the latter as an inherent part of their patriotic identity. Are Americans willing to do the same, or is increasing fascism is simply the price we are willing to pay for the supposed liberty of slurs and falsehoods?

Unfortunately, the decision is generally made by the people who will suffer the least from a new fascist state. It is, in fact, the reason that so many of them make the conversation about the right to say something rather than the actual thing they say.

In doing so, they show which answer they choose. We should be aware, however, there is another way.
KEEP THE HOUSTON PRESS FREE... Since we started the Houston Press, it has been defined as the free, independent voice of Houston, and we'd like to keep it that way. With local media under siege, it's more important than ever for us to rally support behind funding our local journalism. You can help by participating in our "I Support" program, allowing us to keep offering readers access to our incisive coverage of local news, food and culture with no paywalls.
Make a one-time donation today for as little as $1.