Houston By the Neighborhood: River Oaks 3.0 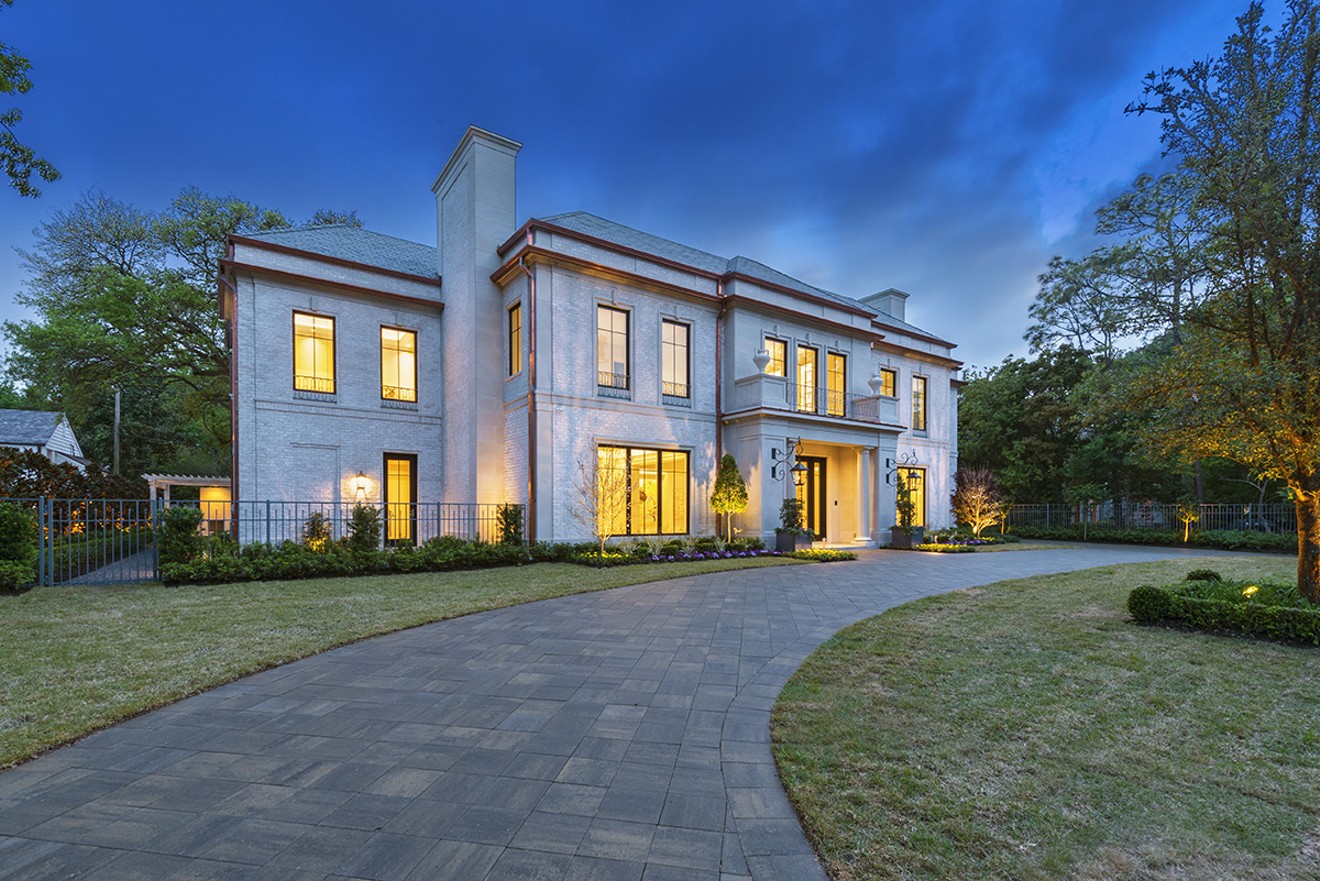 Sweeping circular driveways are de rigueur when throwing a party for 200 of your closest friends. Shown: 3443 Inwood in River Oaks Photo by Jeff Myers
If your idea of entertaining is having friends over for pizza and board games around the kitchen table, then River Oaks might not be for you.

Making a good first impression.
Photo by Jeff Myers
But when it comes to throwing a bash for 200 of your closest friends, there's nothing better than one of those magnificent swankiendas with reception halls, movie theaters, butler pantries and underground wine cellars, not to mention outdoor amenities like putt putt golf, tennis courts and covered swimming pools.

Finding a house built between the 1920s and 1950s comes with all sorts of perks — designs by legendary architects Howard Barnstone, Birdsall Briscoe, Hiram Salisbury, John Staub and Charles Oliver — often designated as a Historic Landmark and with century old oaks. But these OG homes aren't necessarily energy efficient and some can even turn into huge money pits with rotting wood and failing infrastructure.

There was a big teardown and rebuilding boom in the 1980s, 1990s and early 2000s, and we're labeling those designs by Lucian Hood, Robert Dame and the like River Oaks 2.0. Houses that went up during this period are solidly built but don't incorporate any of the EnergyStar efficiency or whiz-bang-boom technology that's new on the market.

Purchasing an OG or 2.0 home also can come with a few pitfalls. Sure, you might hit the jackpot and buy Carolyn Farb's old property on River Oaks or builder Frank Bellows' former home on Meadow Lake. But you're just as likely to walk the same halls as some of the shadier characters in Houston's history: Eric Scheffey, aka Dr. Evil, who was sued 78 times for malpractice; or former Enron chairman and CEO Ken Lay who forced Enron's credit rating into junk status.

The chef's kitchen at 3443 Inwood features Italian porcelain counters, three ovens, top-of-the-line appliances, custom built cabinetry and a huge island.
Photo by Jeff Myers
Just listed by Martha Turner Sotheby's International Realty is a newly constructed property at 3443 Inwood Drive by Al Ross Luxury Homes, blending contemporary, French and modern architecture in a stunning 11,500 square foot home. It's a Control4 Smart home, which means that you can dim the lights, play music, turn up the heat, lock the door or arm the security system with one touch from your smartphone.

This large light-filled home at 3443 Inwood was built on a 24,300 square foot lot (approximately). The executive study/library overlooks the back yard.
Photo by Jeff Myers
Even though this property was just completed in 2019, the builder managed to preserve this century old oak in the back yard. Amenities include a heated pool and spa and a cabana with a summer kitchen.

There are people who live in New York City who would gladly trade their apartment for this custom closet.
Photo by Jeff Myers
The spacious master suite has its own living room with an exquisite fireplace surrounded by Italian marble, elegant hardwood floors and a generous master bedroom, sumptuous master bath and a world-class custom closet.

But if you're kickin' it old school and really want a chance to live in one of the storied architectural landmarks in OG River Oaks, there are still a few properties remaining. Check it out.