Deshaun Watson Is On the Texans' Roster, So Now What? 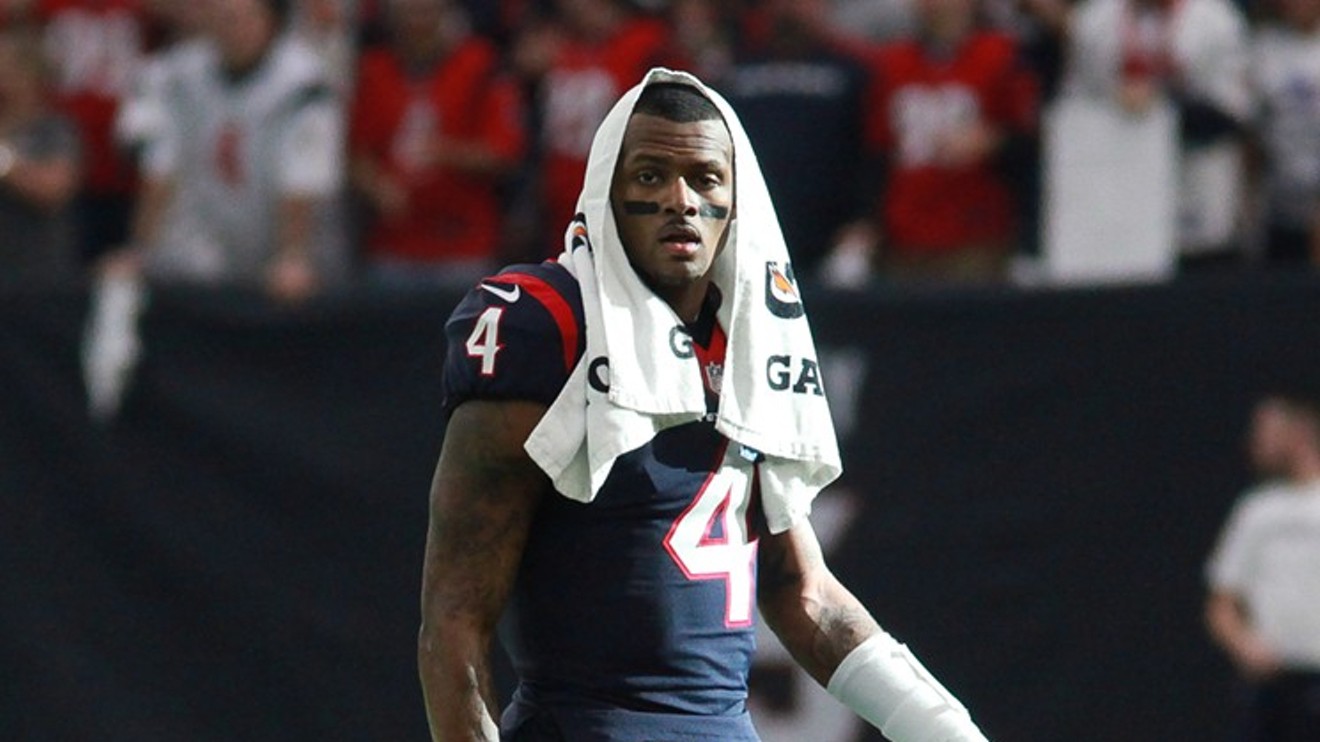 Deshaun Watson is part of one of the biggest QB soap operas in the NFL right now. Photo by Eric Sauseda
There is always plenty of quarterback drama swirling around in the NFL. The NFL is like a family with 32 siblings, and like any big family, if there are enough siblings or cousins, there will inevitably be drama with a few of them. Cam Newton was cut by the Patriots this week. Several teams have quarterbacks who are unvaccinated. Other teams still have "Who should start?" drama.

However, with all due respect to those teams, no team has a more bizarre, more dysfunctional situation with their quarterbacks than the Houston Texans, whose Pro Bowl quarterback, Deshaun Watson, not only wants out, but is being sued by 22 women over alleged sexual misconduct in various massage settings.

The Texans cut their roster down to the requisite 53-player count on Tuesday afternoon, and what would have been shocking back in February was a mere administrative checkbox on August 31 — Deshaun Watson remains a Houston Texan. He is on the 53-man roster, and on the depth chart, he is listed as the third string quarterback, behind Tyrod Taylor and rookie Davis Mills.

So now what? Does Watson sit and, as has been reported, just get rendered inactive every Sunday this season? Does he finally get traded? Or, could he — GASP! — actually play football for the Texans again? Let's examine the possibilities, starting with the least likely scenarios:

Deshaun Watson suits up and plays in Week 1
There are actually still Texan fans clinging to hope that this scenario may play out, that David Culley can now finally tune up Watson at practice without the bright lights of the media allowed to watch every snap, like they could during training camp. Look, it would be one of the most compelling storylines I can ever remember, if all of a sudden this situation did an about face, and Watson wanted to take the field for the Texans. At this point, I feel like the Texans have moved on from Watson just as much as he's moved on from them.

Deshaun Watson gets traded before the start of the season
I don't believe this scenario happens, Watson getting traded in the next week or so, but I DO know two things. First, rumors of him being traded "imminently" will bubble up again next week, just like they have at every other notable juncture on the NFL calendar. Second, if Watson does get traded, it will be to the Miami Dolphins. That's where he wants to play, and he has the power of his no-trade clause to engineer that when the time comes.

Deshaun Watson gets traded during the season
Right now, because of the pending legal situation involving the civil lawsuits and criminal investigation, teams are lowballing Nick Caserio in their offers for Watson. However, once the season begins, perhaps a contender suffers an injury at quarterback, or has a quarterback who gets off to a slow start. We should probably point out that any scenario involving Watson getting traded before or during the season likely must go hand in hand with, at the very least, the CRIMINAL element of what he's being accused of clearing up.

Deshaun Watson gets put on the injured reserve list for the foreseeable future
Right now, Watson is taking up a spot on the 53-man roster, which isn't that big a deal for the Texans, who aren't exactly making Super Bowl parade plans right now. I could see where the team and Watson cook up some muscle pull or soft tissue strain in the next several days, allowing the team to put him on revocable injured reserve, and giving the Texans their full complement of roster spots to be used on, you know, guys who actually WANT to be a Texan.

Deshaun Watson remains a Texan and gets traded next offseason
Buckle up, because this scenario has a better chance of occurring than the previous four combined. Again, this is the strangest story I've ever covered.