Blindspotting Will Make You Uncomfortable and Everyone Needs to See it 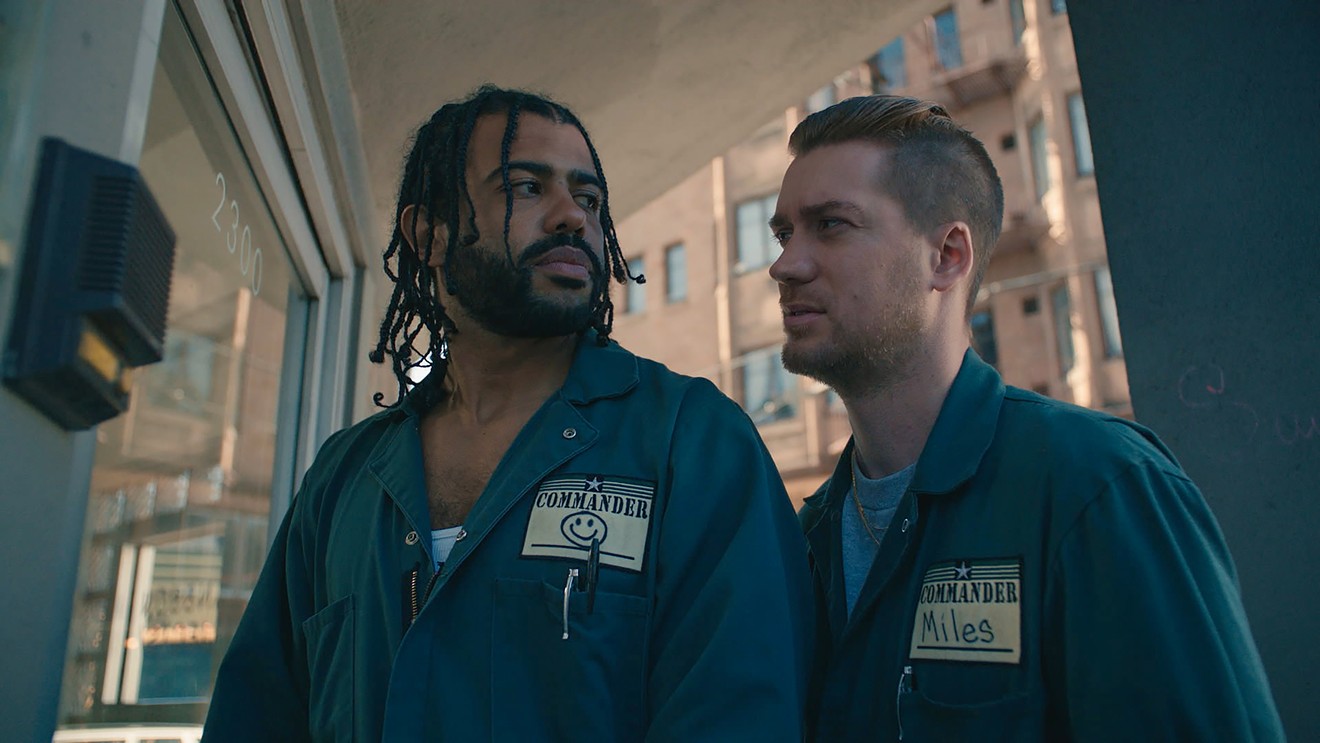 Childhood friends Daveed Diggs and Rafael Casal co-wrote Blindspotting over the course of 9 years Courtesy of Lionsgate Publicity
It took lifelong friends Daveed Diggs and Rafael Casal nine years to write and release Blindspotting. Between Digg's role in Hamilton and his burgeoning stardom in film and television, the writing partners found little time over the past decade to work on their passion project. Whatever circumstances, whatever the roadblocks, the film's 2018 release may have been an act of destiny. It is a film perfectly suited to our nation's racial and political climate.

The film set out to be Diggs and Casal’s love letter to Oakland amidst the Bay Area’s ongoing gentrification in the mid 2000s. Growing up in the area, the pair sought to write a screenplay that accurately represented their vision of Oakland and its rapidly changing identity.

While the film they released still focuses heavily on Oakland’s changing demographics and the injection of bougie hipsterism, its central conflict deals with issues of race, incarceration, and police killings in America.

When protagonist Collin (Diggs) is just three days away from the end of his probation, he witnesses a police officer shoot an unarmed black man in the back. The event haunts him and puts in jeopardy his pending freedom. Meanwhile his childhood friend Miles, played by Casal, is a loose cannon whose illicit and reckless behavior further puts Collin at risk of ending up back in prison.

The film is a poignant and troubling view of both the modern black experience and the nature of institutionalization; one that forces its white audience to take a front row seat to the realities of police brutality and the anxieties of being a black parolee. Following the murder, Collin is troubled by the city’s relative acceptance of the incident. The victim is even shown on the nightly news wearing an orange prison jumpsuit; further portraying black victims of police shootings as criminals rather than murder victims.


Ironically, Diggs and Casal began writing the film years before the Black Lives Matter movement, before the issue of police murders reached a national fever pitch. The murder in the film is, in fact, inspired by the 2009 murder of Oscar Grant by a BART police officer in Oakland — an event immortalized by the 2013 film, Fruitvale Station. The writing duo has stated that the film attempts to depict “trauma fatigue” in cities like Oakland, where police brutality is no big headline. It is an uncomfortable view of how communities of color have come to normalize these incidents.

The other central theme of the film beyond the shooting is of course the friendship between Miles and Collins. What opens as a pithy buddy comedy between two best friends commenting on the annoyances of gentrification, complaining about veggie burgers, and freestyle rapping, quickly takes a turn for the worse as Miles’ behavior becomes a source of tension.


While the two are lifelong friends, Miles’ obsession with “street” life throws the duo’s relationship into turmoil as Collin tries desperately to stay out of trouble. The fact that Miles is white adds to the film questions of cultural appropriation and privilege. Miles becomes a metaphor for the ability of white Americans to adopt and mimic black culture without having to face the consequences of actually being black in America.

Blindspotting, the word, is a slang term. One that relates to our tendency to only see one side of an issue and remain oblivious to our “blind spots”. The title is indicative of the film’s goal; to show us our cultural blind spots by placing us in the shoes of another. In that way, Blindspotting, the film, is an artistic triumph perfectly suited to its cultural moment.
KEEP THE HOUSTON PRESS FREE... Since we started the Houston Press, it has been defined as the free, independent voice of Houston, and we'd like to keep it that way. With local media under siege, it's more important than ever for us to rally support behind funding our local journalism. You can help by participating in our "I Support" program, allowing us to keep offering readers access to our incisive coverage of local news, food and culture with no paywalls.
Make a one-time donation today for as little as $1.