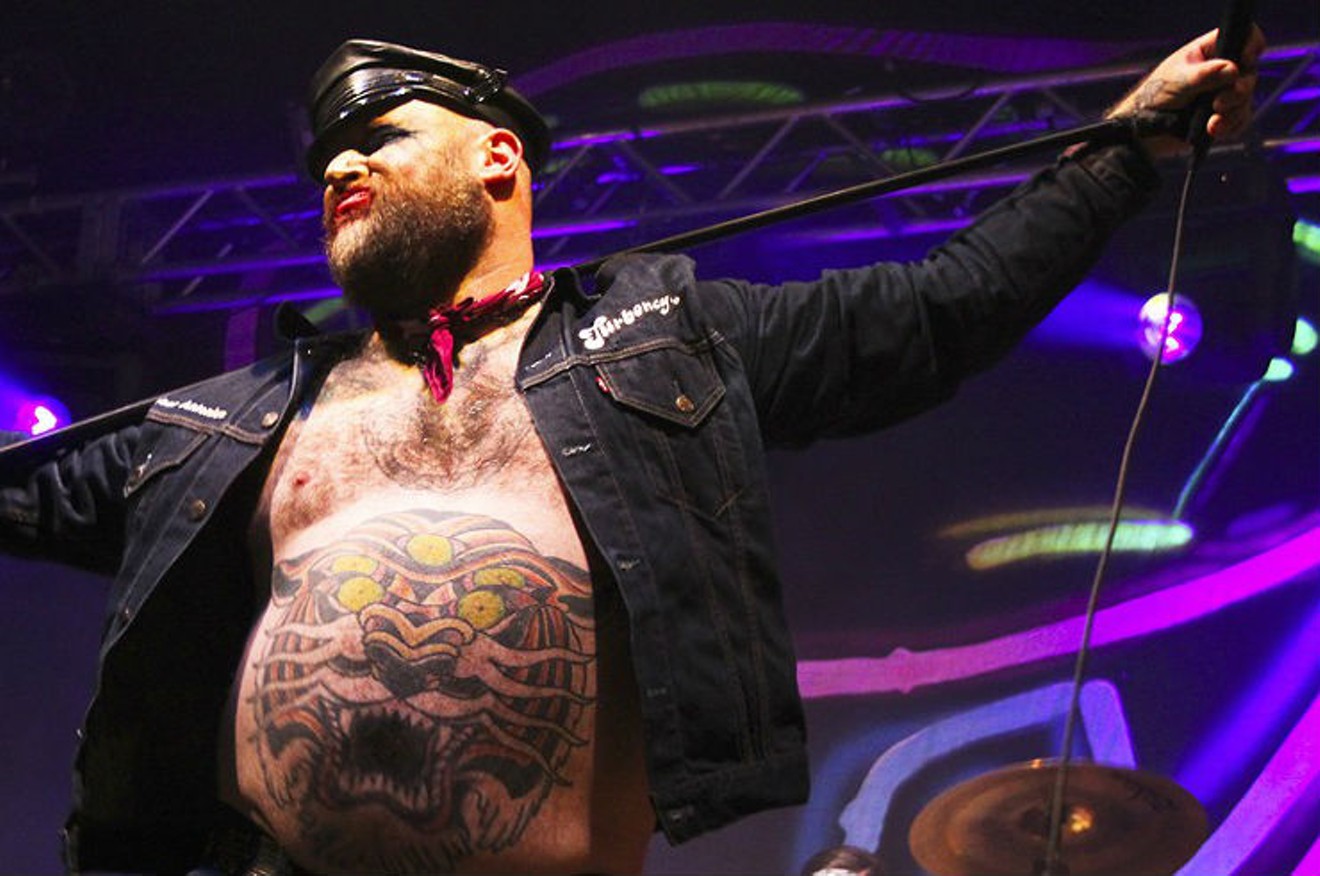 In rock n' roll, you can make plenty of dumb mistakes as a band, and your fan base will undoubtedly forgive you no matter what. I never ask fans typically, what they think of their favorite band, because they'll almost certainly love whatever the band does. However, when I heard the latest release from Oslo's Turbonegro, I felt like there were some questionable lyrics that were pretty unforgivable. To be fair, I've never been the biggest fan of the band, and I don't roll around town in one of their fan club jackets either. Turbonegro, was and still is a band I could have always taken or left. But when you espouse racism in your music, I have no problem stating that I want nothing to do with you.

For years there were mistaken thoughts about the band's name, explained by the band to essentially mean fast and black. To be fair, the band in their early days had considered the name Nazipenis, but has always maintained that they're anti-racist. The same was said about their fan club name, Turbojugend, which translates to Turbo Youth. In many ways, the lost in translation model has always applied to what this band has done, though that doesn't really excuse what's happening on their latest album.

When it was announced that the band had a new record called ROCKNROLL MACHINE coming via Burger Records, I thought, who cares?  I mean, the band is on singer number four and their sound is typically for people who live in the past. When was the last time you heard someone under 30 talk about Turbonegro?  Not having relevance in the music world has seemed to be this band's forte.

But all of that aside, listening to the record, at first I thought, "this is actually pretty decent."  Shocking myself in that process, things were going fine until the third track, "Part III: RockNRoll Machine," came on. Aside from the obvious lifts from AC/DC, the song has the phrase, "I'm cheaper than a Mexican," which threw me for a loop. I listened and re-listened to make sure I was hearing it correctly, because as a journalist, you don't wanna' call out anyone and be incorrect. But the words, "Mexican. Mexican," follow after the phrase, making it pretty unmistakable as to what's being uttered. We checked lyrics sites like AZLyrics, LetsSingIt, and Lyrics Translate, who all had the same lyrics as I thought I was hearing.


At first thought, I wondered a couple of things. One, how does this type of trash find a label to release their records? I also kind of wondered how no one had written about this yet?  Of course, the answer is simple, the band has almost zero relevance, even after being together for collectively, over 20 years. I would guess most journalists had no idea the band dropped a record, or didn't care to hear it if they did.

I was also a little freaked out, in many ways, because I know plenty of people in the Houston music scene who don a Turbojugend jacket or vest. I had walked around for several weeks with this noodling around in my head, before deciding to write this piece. The largest trigger for this article being written besides the obvious reasons came from a fan at a show, who was wearing a Turbojugend jacket. When I said, "I would stop wearing that jacket if I were you," she quickly replied, "what, the Mexican thing? They were just joking."

It made me think, OK, one, how does she know they're actually joking?  While the band has never been politically correct, they've never had blatantly racist lyrics either to my knowledge. And two, if they are joking, why do they think that's funny and who is that funny towards? The truth is, it's not funny. No matter who you are, or who you're trying to reach, the lyrics are racist, especially when sung by a white man.

There's zero excuse for these lyrics being out in the world, though I assume that many people have either never heard of Turbonegro, or didn't care or know that they have a new album out. With an agent at booking powerhouse CAA, and multiple dates in the United States through June including at Punk Rock Bowling, hopefully we'll get an answer sooner than later. As it stands, this kind of racist garbage needs to exit music sooner than later, or bands like this can exist on the websites of White nationalist groups, but not on any streaming site or digital storefront. In this time, with this president who seems hell bent on dividing us, maybe this kind of garbage has a home, somewhere. Or maybe this is a band who can't get arrested, who everyone forgot about, and whose fan base is as tired as their music is.

We reached out to Burger Records as to why they'd release an album with such blatantly racist lyrics, and we reached out to Turbonegro as well with the same question.  As of press time, we have not received an answer from either party.

Update: 3:17 p.m. A response from Turbonegro

Hi David.
We are all somewhat taken aback by the malignity of your recent article to be honest, you are taking one line from a song totally out of context. Would appreciate if you could print this full answer from the band:

Our first thought when we saw this: Is this clickbait? A full piece based on a line from a song sung in the first person by a character; a creepily love-sick cyborg bragging about how he is going to take over the world and destroy the job market. He’s also a reactionary and a bigot. Pretty satirical stuff, but obviously Lenny Bruce, Paul Krassner and Dick Gregory have checked out a while ago.

Editor's note: In no way are we implying that the members of the band's fan club are racist or that they support racism. We were asking anyone, fan or first listener, to consider what they are listening to.
KEEP THE HOUSTON PRESS FREE... Since we started the Houston Press, it has been defined as the free, independent voice of Houston, and we'd like to keep it that way. With local media under siege, it's more important than ever for us to rally support behind funding our local journalism. You can help by participating in our "I Support" program, allowing us to keep offering readers access to our incisive coverage of local news, food and culture with no paywalls.
Make a one-time donation today for as little as $1.