Texas Children's Confirms It Has Some COVID Kids On Ventilators [UPDATED] 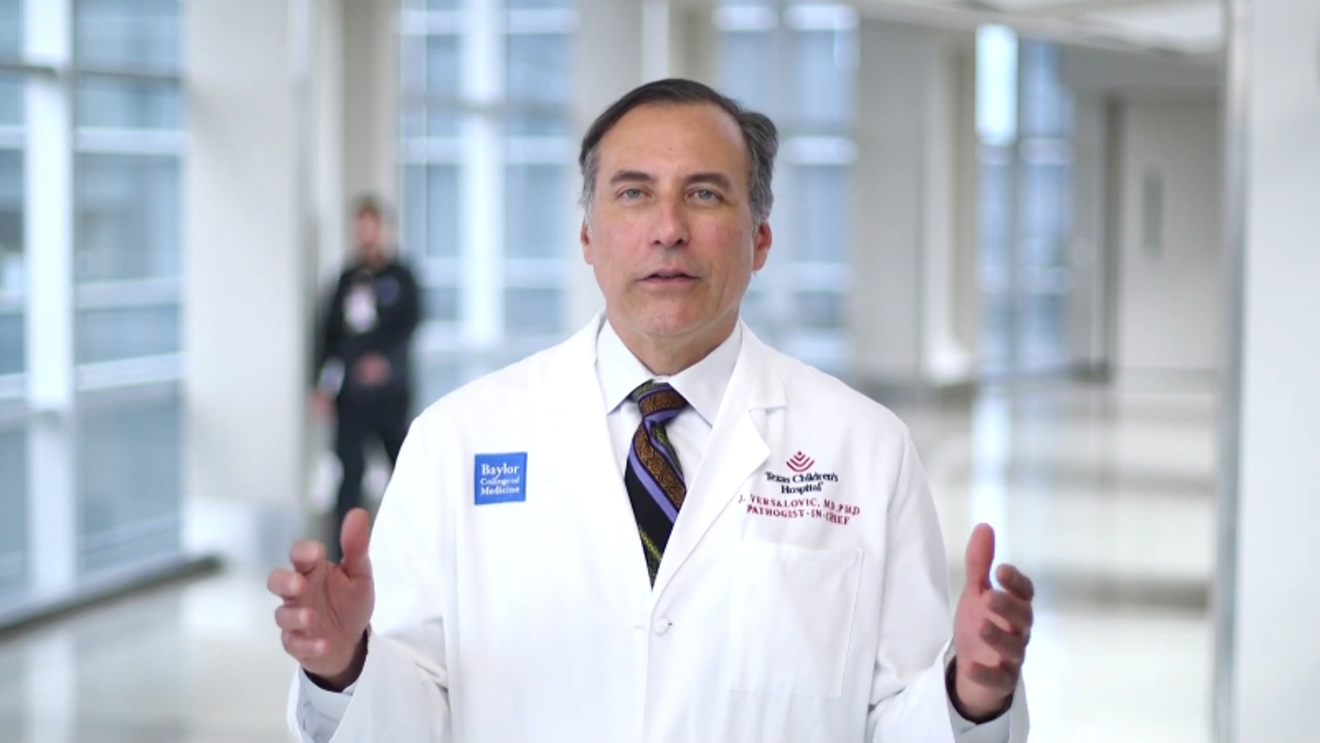 Despite the popular misconception that children who get COVID-19 never have severe symptoms and can easily shake the disease, in some instances, kids admitted to Texas Children’s with the coronavirus have landed in intensive care. Some have even been placed on ventilators.

Out of all the kids who show up to Texas Children’s concerned they may have COVID-19, “Currently, roughly 10 percent of those children who test positive do require hospitalization,” said Dr. Jim Versalovic, Pathologist-in-Chief and Interim Pediatrician-in-Chief at Texas Children’s Hospital, “and roughly one-third of those may require critical care.”

Among those children who need critical care, “some have required ventilator support,” Versalovic told the Houston Press. “We have seen severe cases of COVID pneumonia and acute respiratory distress in children. And we certainly have used ventilators when appropriate, selectively.”

The troublingly transmissible Delta variant of COVID-19 has led to a surge in adults heading to hospitals in Houston and across the country — the overwhelming majority of whom are unvaccinated — due to severe coronavirus symptoms. Versalovic said his hospital has seen a similar trend, albeit a couple of weeks delayed, aligning with the trends he observed throughout the pandemic where upticks in child and adolescent hospitalizations slightly lag behind those of adults.

That nationwide swelling of Delta variant cases, especially in southern states including Texas whose statewide vaccination rates lag behind many of their northern neighbors, is behind an imminent new recommendation from the U.S. Centers for Disease Control expected later Tuesday that even fully-vaccinated people should wear masks in crowds and indoors in areas where the coronavirus is still spreading rapidly.

The New York Times and the Washington Post reported early Tuesday that the revised CDC guidance would come later today. Such an announcement would mark a significant reversal from the nation’s leading disease prevention agency as the CDC recommended back in May that fully-vaccinated people could safely go without face masks in virtually all public settings. That recommendation came before the Delta variant swept across the country weeks later.

While Versalovic didn’t want to speculate as to what the CDC may or may not have been planning to announce regarding masks when he spoke with the Press Tuesday morning, he did stress that there are still no authorized vaccines for use in children younger than 12 in the United States (although the federal government has recently urged vaccine makers to expand and accelerate their vaccine trials in kids hoping to get shots for the 11 and under crowd authorized more quickly).

“We certainly recommend that as children under 12 — who are all unvaccinated — as they participate in group activities and are preparing to return to school, we would encourage masking in schools,” he said. “And we would encourage distancing and sanitizing and the safe behaviors that we learned and practiced since the spring of 2020.”


“We certainly recommend that as children under 12 — who are all unvaccinated — as they participate in group activities and are preparing to return to school, we would encourage masking in schools.” — Dr. Jim Versalovic of Texas Children's Hospital

Texas Gov. Greg Abbott issued an executive order in May saying that there could be no mask mandates by governmental bodies which includes public schools. He also has called for a return to in-person classes.

“For all individuals, and that includes adolescents and adults who may be vaccinated, I think it's wise to continue to encourage masking in public places [and] crowded places, especially indoors,” Versalovic said. “We all need to be mindful of each other, and that includes the many who may still be unvaccinated out and about.”

In addition to the most commonly-known symptoms of a coronavirus infection, Versalovic explained that the Texas Children’s Hospital system has treated over 150 cases of multisystem inflammatory syndrome, also known as MIS-C, the rare COVID-related condition first identified in May 2020 that can cause dangerous inflammation of the heart, lungs, kidneys, brain, skin, eyes and other internal organs according to the CDC.

“These children may have a very mild course initially, and mild to minimal symptoms, and may present three to six seeks later with a severe [case of] MIS-C,” Versalovic said, warning parents with COVID-positive children to stay vigilant even if their kids seem to handling the virus all right initially. He also pointed out that Texas Children’s has a dedicated “long-COVID” clinic to research and care for some of the long-term symptoms a COVID infection can leave children dealing with months later, including both fatigue and “some long-standing cardiac [and] pulmonary issues that may need to be addressed by a sub-specialist.”

Versalovic cautioned that according to the American Academy of Pediatrics and the CDC “more than 300 children have died due to COVID” in the United States since the pandemic began. “These are children and adolescents under the age of 18. And those are children that mostly, probably, did not get to expert care in a timely fashion.

“That’s why it’s important for us to emphasize: We’ve had great outcomes, but it all depends on getting children to their pediatrician, to a clinic and to the hospital if necessary,” he continued.

As expected, CDC Director Rochelle Walensky announced Tuesday afternoon that her agency is now recommending all U.S. residents, including those who are fully vaccinated, resume wearing face masks when indoors in public places in areas with “substantial or high” rates of COVID-19 transmission.

According to the CDC’s county-by-county data, the vast majority of Texas — including Harris County and every county that directly borders it — meets the agency’s threshold for having a high rate of coronavirus transmission, defined as more than 100 new cases per day per 100,000 residents.

CDC data shows Harris County and most of Texas have a high level of COVID spread, so vaccinated residents are advised to re-mask.
Screenshot
“I have said throughout my tenure at CDC that our guidance and recommendations will follow the science in our efforts to protect the health of as many Americans as possible,” Walensky said. “And today, we have new science related to the Delta variant that requires us updating the guidance.”

“What we’re seeing is that they’re actually quite similar,” Walensky said. “That leads us to believe that the breakthrough infections — rare as they are — have the potential to forward transmit [the virus to others] at the same capacity as an unvaccinated person.”

Walensky also threw the full-weight of her agency behind recommending that every single person in an in-person K-12 school environment, from students to teachers to staff, should all wear masks indoors, “regardless of vaccination status,” flying in the face of Abbott’s ban on mask mandates in Texas schools. Despite the school masking recommendation, the CDC still advocates that children in the United States “should return to full-time in-person learning in the fall with proper prevention strategies in place.”

Walensky said her agency was not revising its recommendations on masking lightly. She then blamed the wide swath of United States residents who still refuse to get vaccinated as the cause for the revised mask guidelines, and for giving COVID-19 more opportunities to mutate and change, which she warned could possibly lead to future variants that even the available vaccines can’t protect us from.

“The highest spread of cases and severe outcomes is happening in places with low vaccination rates, and among unvaccinated people. This moment, and most importantly, the associated illness, suffering and death, could have been avoided with higher vaccination coverage in this country,” Walensky said.
KEEP THE HOUSTON PRESS FREE... Since we started the Houston Press, it has been defined as the free, independent voice of Houston, and we'd like to keep it that way. With local media under siege, it's more important than ever for us to rally support behind funding our local journalism. You can help by participating in our "I Support" program, allowing us to keep offering readers access to our incisive coverage of local news, food and culture with no paywalls.
Make a one-time donation today for as little as $1.