Reminder: You Have to Have a Parent Note to Get Out of Saying the Pledge Because of Texas Law 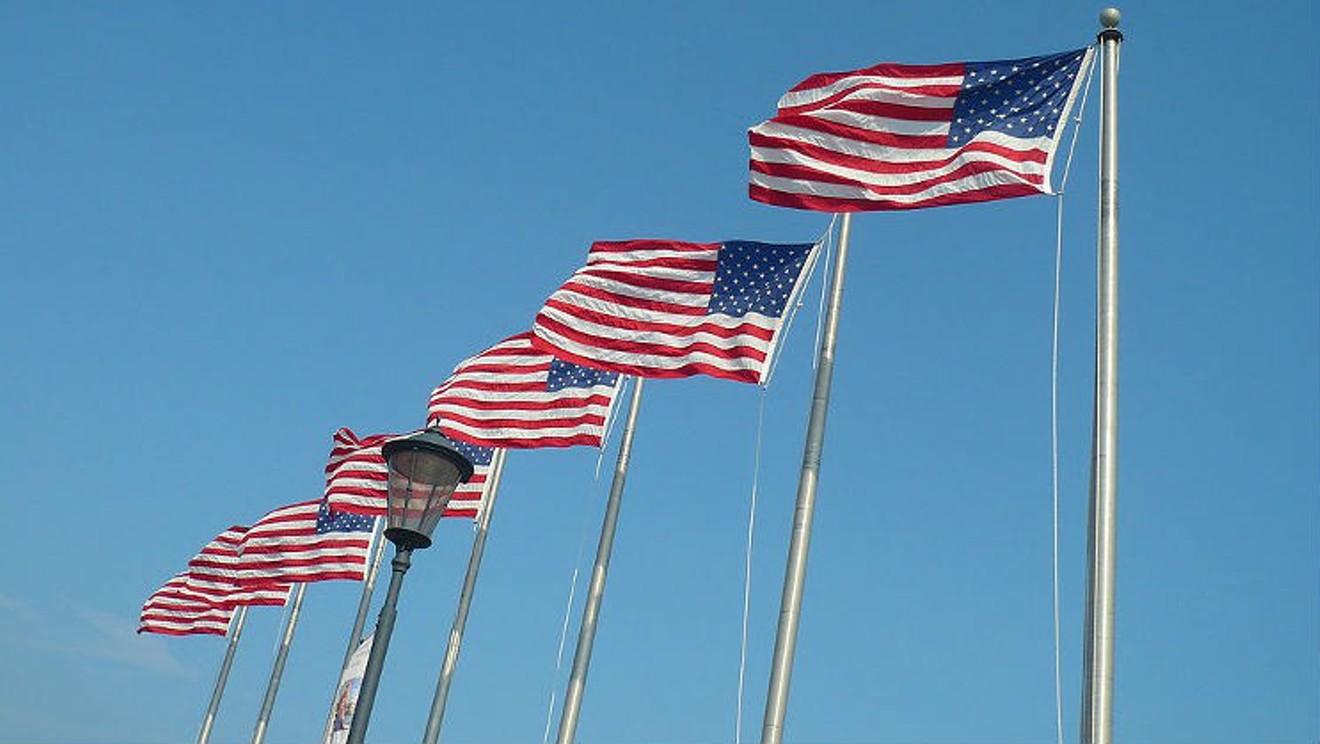 Yes, even though the Supreme Court said you don't have to say it. Photo by Dricker94 via Flickr
Back to school is always a harrowing time. Kids make and lose friends, parents have to deal with the daily anxiety of possible mass shooters as our children spend another year drilling against the possibility, and there’s always friction of some sort with institutional education.

In Texas, if you or your child has an issue with saying the Pledge of Allegiance to either the American flag or the state one, or you object to the moment of silence that now follows them, you have to get a note to be excused lest that be a source of said friction. To quote from the Cy Fair ISD Student Handbook:

A minute of silence will follow recitation of the pledges. The student may choose to reflect, pray, meditate, or engage in any other silent activity so long as the silent activity does not interfere with or distract others.


The language is more or less universal across the state in our schools. Cy Fair found itself in the news last year when India Landry was expelled from Windfern High School for refusing to stand during the pledge. Landry said that her refusal was a protest against police brutality and the Trump administration. She sued the school, but ultimately settled with the principal. Windfern has since “rebranded” as The Leonard Brautigam Center.

The Supreme Court ruled in 1943 (West Virginia State Board of Education v. Barnette) that compulsory recitation of the Pledge(s) is unconstitutional in schools, but many states including Texas have sought to enforce the daily ritual by passing laws that require it unless a parent or guardian files a note. So far, none of the challenges to the laws have matriculated back to the high court. In addition to Landry’s case, a 2009 Florida case reached as high as the 11th Circuit before the Supreme Court refused to hear it. That same year saw a challenge out of Lufkin, where a Dallas couple said their child was told the moment of silence was a time for prayer.

The nationalistic and overtly religious aspects of the daily pledge are well-documented historically. When former pastor Francis Bellamy penned the pledge, it was specifically designed as a tool to force the wave of new immigrants (often bringing with them anti-capitalist ideas from Europe) to adhere to what was considered “true Americanism.” The people who were coming to the country were seen as simply too foreign to be allowed in the free marketplace of ideas without some hobbling. That came in the form of the daily ritual, and one doesn’t have to spend too much time in nationalist circles to find second and third generation immigrants who have clearly been influenced by regular recitation and the ideas around it.

The addition of “under God” in 1954 came at a time when America was slavishly trying to force a more Christian identity on the nation as a whole in opposition of the communist superpowers. Historian Kevin Kruse argues in One Nation Under God that part of the reason for the adoption was the birth of prosperity gospel. Opponents of the New Deal took to framing capitalist success in terms of heavenly blessing, and with the Pledge the twin snakes of nationalism and religion-based class oppression are fed to children every morning without the context for them to know why. It's not hard to see the pledge as a publicly-sanctioned tool of the wealthy to indoctrinate people into not challenging their status.

Luckily, all that can be subverted with a simple note, and it may be a good idea for Texas parents to have one on file for their children for the day they really think about what pledging allegiance to the state and God might actually mean. Maybe they’ll think like Landry, that the state’s failure to stop police from killing black people makes it unworthy of unquestioning devotion. Maybe they’ll connect the flag to the pin worn by the current president, who builds concentration camps and tries to deport desperately sick children for funsies and think “maybe that flag needs to earn my oath back.” Or maybe they’ll just realize that their parents don’t have to get up every morning and recite their wedding vows to stay married, so a piece of cloth with no feelings probably doesn’t need to still be the symbol of a country.

Talk to your kids about the pledge. Explain the history. Ask how they feel. And if they don’t like the ritual then make sure you take the appropriate step. Thankfully, the law is one your side, even if you do have to carefully read the fine print.
KEEP THE HOUSTON PRESS FREE... Since we started the Houston Press, it has been defined as the free, independent voice of Houston, and we'd like to keep it that way. With local media under siege, it's more important than ever for us to rally support behind funding our local journalism. You can help by participating in our "I Support" program, allowing us to keep offering readers access to our incisive coverage of local news, food and culture with no paywalls.
Make a one-time donation today for as little as $1.