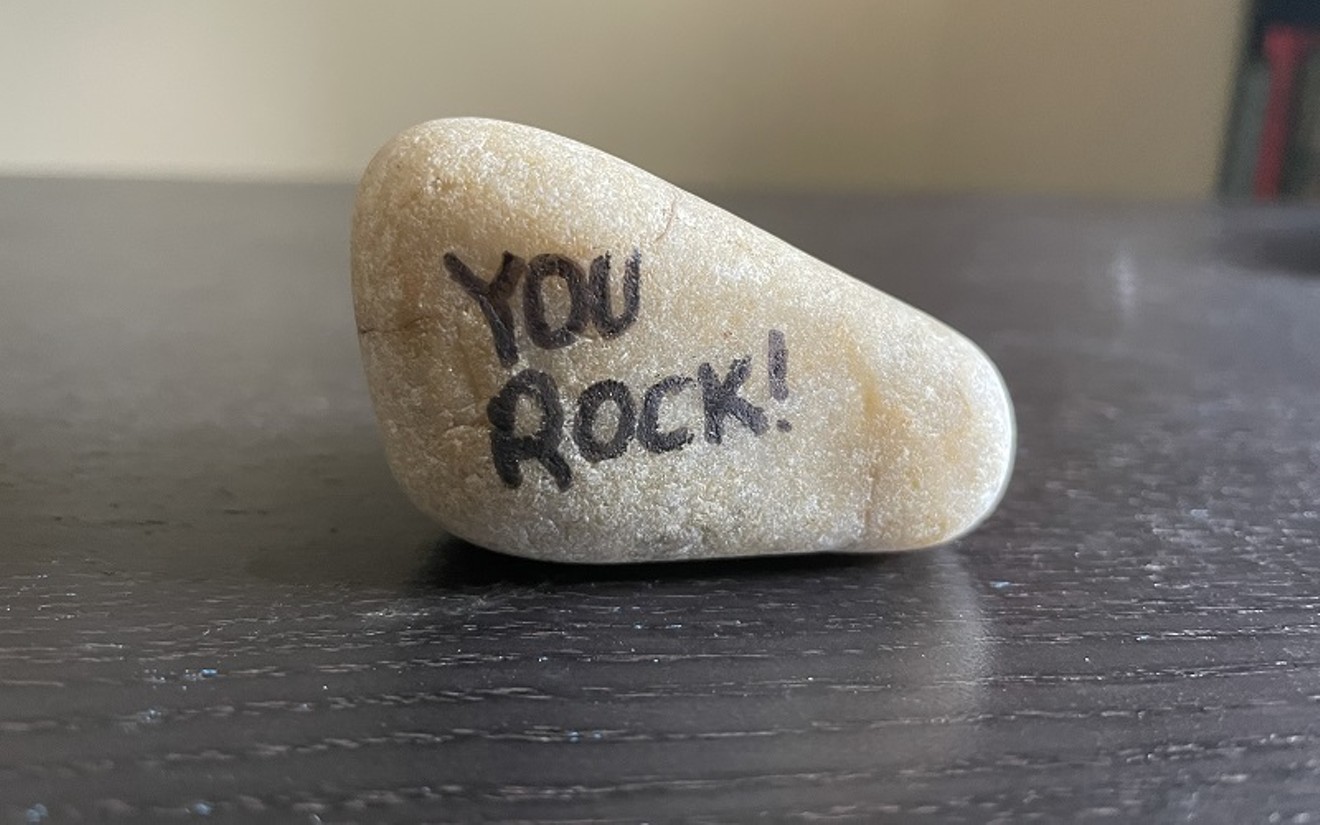 No. Just no to all of this. Photo by Jef Rouner
Nurses Week starts today. Yes, on Friday. It’s always weird and wonky because the last day, May 12, is always supposed to be Florence Nightingale’s birthday. Also, it’s a handy reminded that nurses work long, often thankless hours on weekends and holidays.

To show their appreciation, lots of hospital management types will hand out Nurses Weeks gifts. These are usually so ridiculously bad that it’s become a running joke among nurses everywhere. It’s not that the managers' hearts aren’t in the right place. It’s just that their minds are somewhere out in the void trying to be more clever than appreciative.

Here are some of the stories my wife has heard over her years in the industry. One year management handed out rocks with the words “you rock” written on them. Maybe this would be cool if nurses had desks and needed paperweights, but in a hospital setting it’s almost completely meaningless. Apparently, this is a really popular idea that got passed around in some management course because nurses all over the world have reported it.

Another year, one staff member was handing out Starbursts. Candy is always good, right? Nurses need that sugar rush, but it wasn’t like a pack of Starbursts. The staff member had just bought a roll, was asking random nurses if they wanted one, then saying “Happy Nurses Week” if they took one. There was also a year when management brought in someone to do massages. Again, this sounds kind of sweet, but in practice most nurses are kind of worried about strangers touching them and spreading germs.

Oh, and it’s pretty common to give nurses stuff that is just sold in the cafeteria like yogurt cups. My wife has also reported that power bars and other snacks are common, but that it’s really important to check the expiration dates. Sometimes “gifts” double as “garbage disposal.”

Nurse Blake, a nurse who specializes in humor that revolves around the industry, did a whole podcast on some of the worst nurse gifts he had seen in his job or that fans had sent him. These include Play-doh (no idea), squirt guns (bold choice) and bread (not fancy bread. Just like sliced bread).

“No matter where you are around the world, they are always tacky,” he says. “It started really cute, but it’s not cute anymore.”

My least favorite has to be from this Nurse.org list. It involved hanging a mirror up with a note that said, “see what a perfect nurse looks like.” How do you think that’s going to make any busy person with an actual job to do feel anything but rage?

It’s not always a complete bust. The first year my wife was a nurse, everyone got these really nice bugout bags that are perfect for when nurses have to stay overnight at the hospital in an emergency like a hurricane. As much as nurses complain when they get pens as gifts, they do always end up using them in the end. Sharpies attached to keyrings are thoughtful because usually nurses have to order those special.

Mostly, every nurse just wants safe staffing ratios from their management. I can promise that none of them need a craft project, old food, or a clever pun in the form of a bauble. This is not the time to be cute. These are busy people still dealing with a pandemic that has killed millions. A little more thought and a little less quirk would go a long way.
KEEP THE HOUSTON PRESS FREE... Since we started the Houston Press, it has been defined as the free, independent voice of Houston, and we'd like to keep it that way. With local media under siege, it's more important than ever for us to rally support behind funding our local journalism. You can help by participating in our "I Support" program, allowing us to keep offering readers access to our incisive coverage of local news, food and culture with no paywalls.
Make a one-time donation today for as little as $1.