Opinion: How American Fascism Got So Diverse 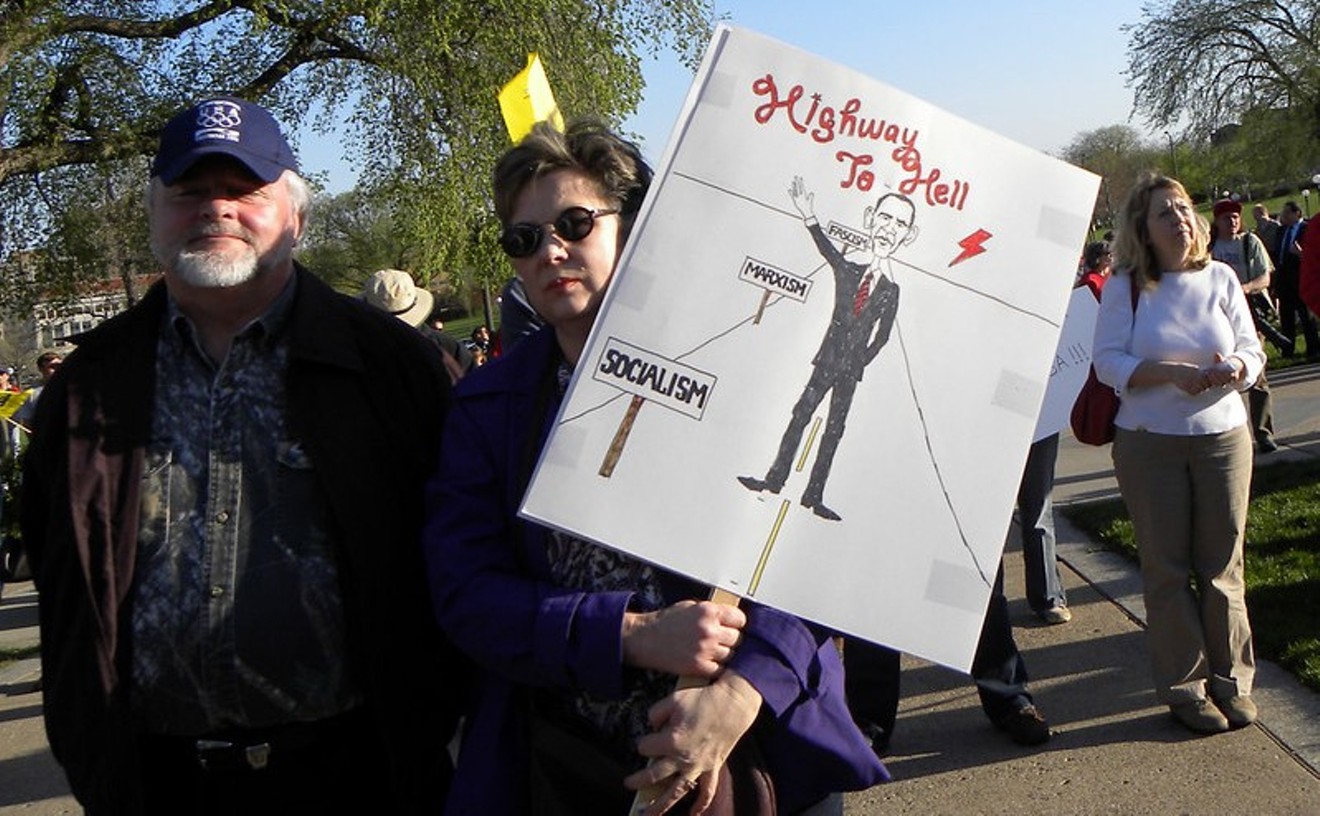 It still mostly looks like this, but there is a lot more diversity in American fascism than their used to be. Photo by Fibonacci Blue/Flickr
It was very weird to watch Tim Scott, the first Black senator from South Carolina, downplay the nationwide, conservative-led movement to disenfranchise voters in the recent, doomed effort to pass voter protections in the U.S. Senate.

Republican legislatures across the country, including in Texas, have sought to institute massive restrictions on voter access in the name of “voter integrity,” a threat that not a single one of them has proven exists and serves only to strengthen the lie that the last presidential election was stolen from Donald Trump. Scott chastised actual President Joe Biden for calling the draconian new laws “Jim Crow 2.0.”

“I ask myself how many Americans understand what Jim Crow was,” he said, listing the various taxes, tests, and threats of violence that took place in the post-Civil War south. He also called the description “offensive to millions of Americans who fought, bled, and died for the right to vote.”

Scott is hardly an anomaly in the modern Republican Party. In fact, as the Party embraces outright fascism, it gets more diverse. Two of the most prominent leaders in the street militia movements, Joey Gibson of Patriot Prayer and Enrique Tarrio of the Proud Boys, are of Japanese and Cuban descent respectively. Caitlin Jenner, arguably the most prominent trans woman in America, is an avid Trump supporter, and until pedophilia apologia brought him low, Milo Yiannopoulos was the poster boy of gay conservatism. Women (mostly white women but there is always Candace Owens and Nikki Haley) have done especially well in Republican politics in the last several years. How can fascism, which is openly against diversity and actively stripping away rights of marginalized people, be so intersectional?

In 2019, there was a fascist event here in Houston called Texans Against Communism. Tarrio was there, and it was partially supported by Latinos for Trump. Amid all the racist, sexist nonsense, a Black Texas conservative woman and vice president of Texans United for America, Marvina Case took the stage. After opening with transphobic jokes about former First Lady Michelle Obama, she laid out one of the core reasons that fascism attracts some marginalized people.

“How am I oppressed?” said Case. “I fall in the top 3 percent of income earners and have three degrees. I think I’m doing pretty goddamn well.”

Republicans sell their new version of fascism as traditional American ideals rather than overt racism, sexism, gender essentialism, etc. That’s why every scary fundraising email calls the recipients patriots. Their vision is of financial importance and social cache, prioritizing individual success over community wellness. That appeals to people like Case and Owens and the like. If they are well-off and respected by the Republican elite, then clearly there can be no actual bigotry problem. The fact that all of these systems are still heavily weighted against marginalized people is irrelevant in the face of their own personal success.

Marginalized people are allowed in the fascist power structure for the price of not insisting on their identity as anything other than "American." They are useful because they deny the need for social justice or accountability. They are happy to denounce anything that would address systemic inequality as communism or socialism, holding themselves up as proof that bigotry can have no part. Their tokenism becomes a shield. Because capitalism has not failed them personally, it must never be questioned, even if percentagewise most of the victims are their own demographic. The homogenous fascist leadership is fine with this because they know unchecked, unregulated capitalism will mostly handle the bigotry for them.

Of course, that only explains the rock stars. What about the rank and file? The nobodies who you see in the Facebook comment section of any story about unions or letting trans kids play sports?

It’s funny when you look back at who actually was Adolf Hitler’s primary voting block. I was told growing up that it was the poor, burdened by runaway inflation, that launched Hitler into power. In fact, it was what we’d call the lower middle class. It was the kind of people who owned their own shops and had just enough to separate them from being poor without the security of actual wealth.

In other words, they were people with a modicum of power socially over others who were desperate not to lose that place. Any cursory glance at the people who have been arrested for the January 6 fascist insurrection attempt will see very similar types of people.

That power can be very intoxicating, according to Ian Danskin, creator of the Alt-Right Playbook.

“Fascists and authoritarians think power, brutality, and subjugation are sexy in more or less identical ways, so, while not all authoritarians are fascists, most fascists are authoritarians,” he says. “And state violence is often a way of getting people invested in a hierarchy that doesn’t directly benefit them: ‘You may not be at the top, but if you’re somewhere around the middle, we can employ you as military or police to keep the lower classes in line.’ Many people will relinquish their rights to fascists in exchange for being ‘the arm of the law,’ and, the more powerful the state becomes, the more vicarious power they get to wield. So long as they’re not at the bottom, they have some investment in the system continuing as is, because it authorizes them to fuck people up.”

Why does an average Black guy or lesbian or recent immigrant throw in their lot with the fascists? It gives them an instant connection to the power structure of whiteness and maleness and heteronormativity that has dominated this country since its founding. Republicans will coddle and protect those who swear allegiance to that power structure, at least until they finally secure themselves away from democratic threat.

When that happens? It’s always a good idea to remember Ernst Röhm, founder of the Sturmabteilung (SA, ‘Storm Units’) that used terror and intimidation to build Nazi power. He was also a well-known gay man who was certain his position and usefulness would protect him even as he brutalized other LGBT Germans.

It’s said that Hitler was very sad the day he signed Röhm’s death warrant during the Night of Long Knives. He did it anyway, though, because that’s what fascists do when they get beyond the reach of the voting public. You know, like what some Republicans are trying to do now.
KEEP THE HOUSTON PRESS FREE... Since we started the Houston Press, it has been defined as the free, independent voice of Houston, and we'd like to keep it that way. With local media under siege, it's more important than ever for us to rally support behind funding our local journalism. You can help by participating in our "I Support" program, allowing us to keep offering readers access to our incisive coverage of local news, food and culture with no paywalls.
Make a one-time donation today for as little as $1.