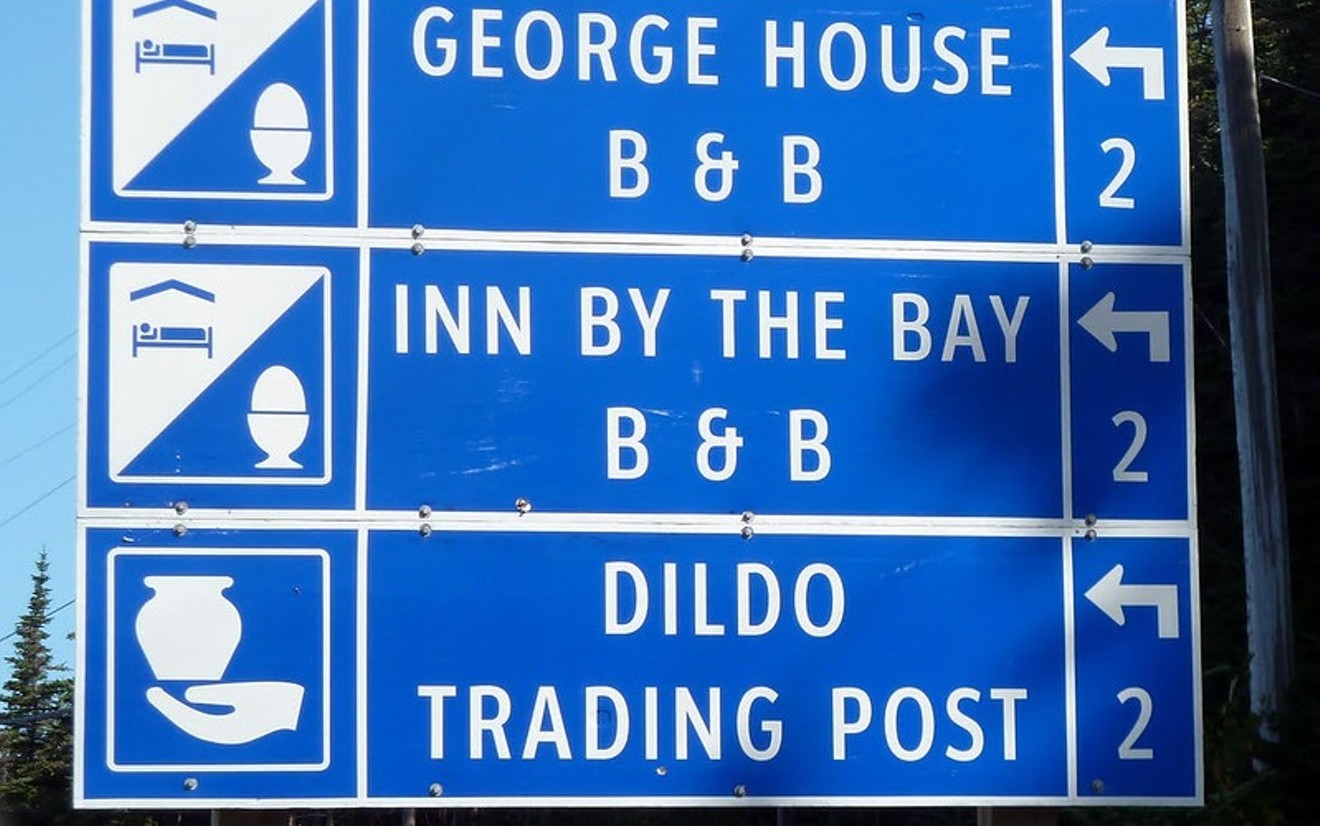 This is technically true, and it shows the weird and stupid lengths the state will sometimes go to when it wants to suppress something.

The Texas legislature passed the statute in 1973 in response to a growing acceptance of LGBT rights. That was the same year that the American Psychiatric Association decreed that homosexuality was not a mental illness. A year before, Travis County Attorney Ned Granger requested an opinion from Attorney General Crawford Martin on the legality of same-sex marriage. In 1974, Texas passed House Bill 103, specifically defining marriage as between a man and a woman.

For the next three decades, the state used the obscenity statutes as a form of official terrorism against the LGBT community. Employees at Texas sex shops in the 2000s vividly remember vice squads repeatedly trying to arrest employees and customers.

“If we felt threatened or that they would try to entrap us, we were instructed to go get the manager. I could have been arrested and put on the sex offender registry. That was terrifying. We were minimum wage employees in a shop, and this could have ruined our lives.”

Like Heather, she spent her time in Dallas lying to people about products to stay ahead of vice officers.

“It’s a coded way of going after minority bodies who are already oppressed,” she says. “Cops would leave cishet looking couples alone but get close to anyone who looked queer or weird. It was fear-mongering instead of doing anything substantive to help anyone. No one is going to have a mass murdering spree because of self-pleasure.”

Luckily, the statute was rarely enforced, but the shadow of it hanging over patron and sellers’ heads, as well as the constant presence of cops looking to harass, made the sex toy industry a very hostile environment. By the 1990s, it was fairly common for couples to be sent to sex shops as therapy, but they could run into the same discrimination as LGBT people.

“A lot of time, middle-aged couples would come in and you could tell that they had been sent by their therapists,” says Heather. “They were embarrassed, but I felt like I was helping people.”

Anne’s tweet highlighted Texas Senator Ted Cruz, who was Texas solicitor general when she was working in the state. Since the Uvalde shooting, Cruz has staunchly pushed back on any idea of gun control, and he was one of the few high-profile Texas Republicans to not cancel his appearance at the Houston National Rifle Association convention. The juxtaposition of his support for sex toy bans and not gun control has led to a lot of dunking online.

It’s not strictly true that Cruz wanted to ban dildos. He was not in the Legislature when it updated the statue in 2003. His office defended the statute in court, but in 2017 he referred to the law as “stupid.” However, Cruz’s name appears on a January 2007 brief that states, “There is no substantive-due-process right to stimulate one’s genitals for non-medical reasons unrelated to procreation or outside of an interpersonal relationship.” Reading between the lines of Texas’ legal opinions during the time, the state wanted to keep a mechanism for harassing the sex toy industry and its queer customers, mostly by framing the issue as protecting minors.

“Part of his argument with the Fifth Court of Appeals was the idea that these things can harm minors,” says Anne. “Lots of people would try to bring infants and toddlers in and we stopped them. I carded everyone. [Cruz is] such a hypocritical douchebag filed with fake morality without any real purpose.”

In 2003, the Supreme Court of the United States struck down Texas’ sodomy laws in the landmark case Lawrence v. Texas, a ruling that would help pave the way for decriminalization of homosexuality nationwide. However, the ban on sex toys remained in effect. Prosecution of people, mostly sex shop employees, under the law actually increased. The handful of cases that resulted in arrests happened in the gap between Lawrence and when U.S. District Judge Lee Yeakel declared the statute unenforceable and unconstitutional in 2008. Chastened by the loss of official power to harass LGBT people in their own homes for sex acts between consenting adults, Texas law enforcement turned their vice squads on dildo salespeople until that avenue as well was taken away.

As of this moment, owning over five sex toys in Texas is technically illegal, though no one will enforce it. There is no limit to the number of guns a Texan can own at one time, though there is a limit on the number that someone can buy in a single purchase. However, it may be too early to celebrate. When the majority opinion leaked regarding the right to abortion earlier this year, legal experts quickly pointed out that sexual autonomy cases like Lawrence were likely next in the crosshairs. The author of Texas’ current abortion ban has already filed a brief to that effect.

Meanwhile, limits on gun ownership seem further away than ever, even as mass shootings become more and more about hatred of marginalized people’s bodily autonomy. The Uvalde shooter was a very online person who spent his time repeatedly threatening rape to teen girls. He is just the latest in a long line of men who use mass shootings to compensate for a perceived loss of sexual potency and control, themes that crop up often in their manifestos. Killing sprees are intrinsically linked to a worldview that requires men to police the sexual lives of marginalized people and which sees the dildo shop as a threat.

“A lot of these shooters come from the incel community and have a hatred of women and various minority-bodied people,” says Anne. “They hate people who have embraced their true selves that doesn’t match the ideal set for them by people like Mr. Cruz.”
KEEP THE HOUSTON PRESS FREE... Since we started the Houston Press, it has been defined as the free, independent voice of Houston, and we'd like to keep it that way. With local media under siege, it's more important than ever for us to rally support behind funding our local journalism. You can help by participating in our "I Support" program, allowing us to keep offering readers access to our incisive coverage of local news, food and culture with no paywalls.
Make a one-time donation today for as little as $1.