That Was Fast: Harden Dealt in Blockbuster for Oladipo, Haul of Picks 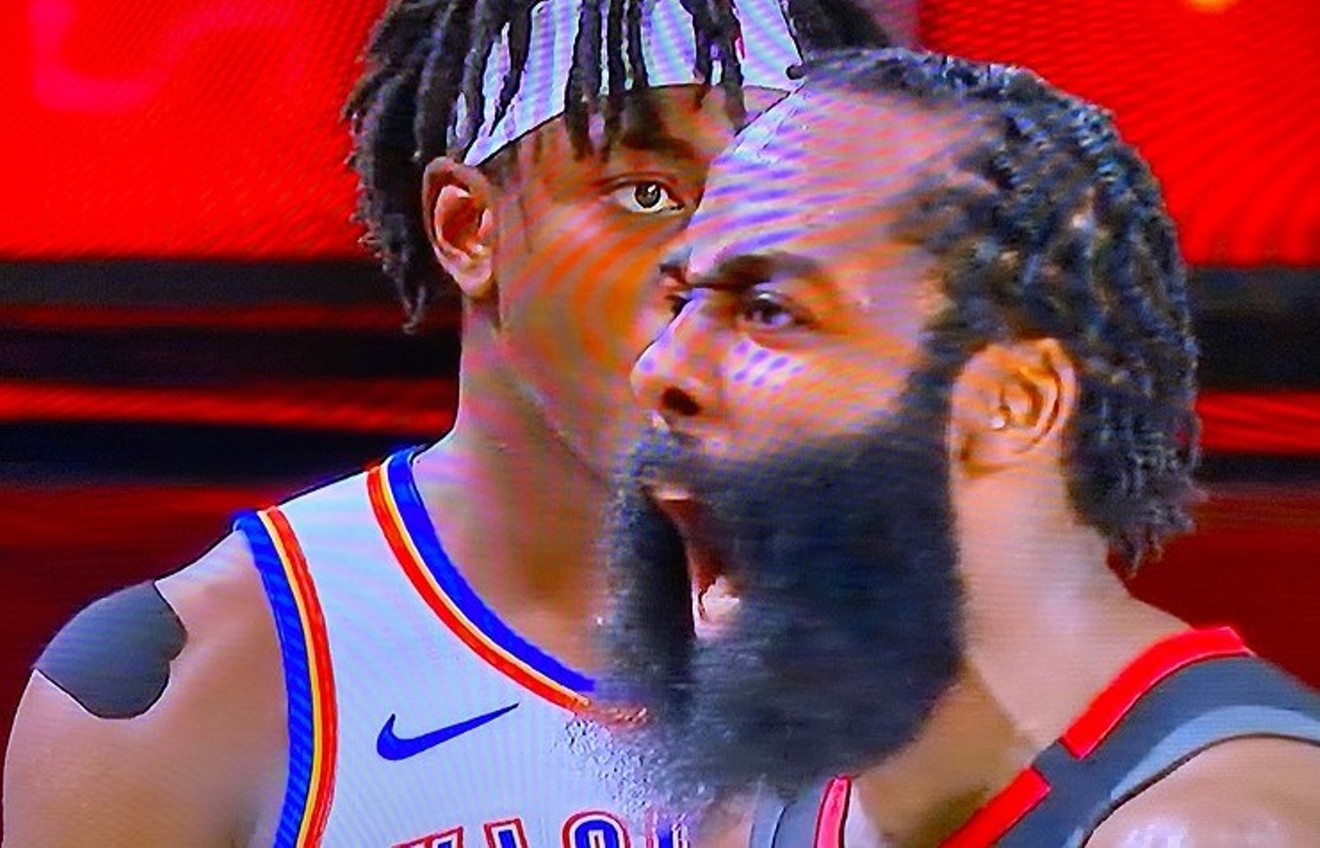 James Harden got his wish and was shipped to Brooklyn. Screenshot
Less than 24 hours after James Harden said he didn't believe there was anything else he could do in Houston to help the franchise win a title, the Rockets traded him to Brooklyn in a blockbuster four-team deal that brings Pacers all-star wing man Victor Oladipo to Houston along with a haul of first round draft picks and pick swaps.

The full trade is complicated, but we will stick with just the Rockets portion for simplicity. The Rockets send Harden to Brooklyn. In return, they receive Oladipo from Indiana, 25-year-old Australian Dante Exum from Cleveland and three-point shooting Euro big man Rodions Kurucs from Brooklyn. In addition, after having their draft picks depleted by a number of moves, the Rockets will reload with four first round picks — 2022, 2024 and 2026, plus Milwaukee's pick in 2022. They also have the right to swap first round draft position with Brooklyn in 2021, 2023, 2025 and 2027. In essence, they control the drafts of the Nets for the next seven years.

Most importantly in this, all draft picks and swaps are unprotected meaning they could potentially be very high in the draft, particularly in the later years.

For casual Rockets fans, this trade will be a disappointment. The team dealt one of the league's best players for a solid all-star in Oladipo and a couple other pieces for a ton of draft picks that come with no promises other than they exist. This deal without question makes the Rockets worse this year, but the goal here is to build something that can last, which is the point of the draft picks. The haul of picks also offers them options in trades as well.

Oladipo, 28, is one of the better wing players in the Eastern Conference and will make a solid counterpoint to John Wall in the backcourt. He is a free agent after this season, however, which means the Rockets will either need to re-sign him long term or allow him to walk leaving room for a max salary free agent signing, if they can make that happen. Exum, 25, has been plagued by injuries since coming to the NBA from Australia. He has loads of talent in his six-foot-six-inch frame, but he will be out at least a month after suffering a calf injury just this week. Kurucs is a young big man from Latvia with a nice touch from the three-point line only in his third season. After a solid rookie season, he got lost in Brooklyn's much improved lineup.

Problems had been brewing since the offseason when Harden let the team know he wanted to be traded, preferably to Brooklyn where he could join his former OKC teammate Kevin Durant. The Rockets responded by testing the waters and, ultimately, shipping Russell Westbrook to Washington for John Wall, which they hoped would placate their star guard.

Harden had pushed the team to trade for Westbrook prior to the COVID-shortened 2020 season after he and Chris Paul were unable to make things work. That experiment, which cost the team multiple future draft picks, imploded by the end of the season as the Rockets bowed out to the Lakers in the playoffs.

Before the start of this season, Harden reportedly continued to push for a trade, widening his choices to include Philadelphia, Milwaukee and Miami, but the Rockets had hoped he would change his mind once he joined the team. He still has two years plus a player option year on his contract, so the team was in no hurry. But, when he showed up late to training camp and was forced to quarantine after going to a birthday party in Las Vegas, the writing was certainly on the wall.

So far this year, he is well below his averages over his career, particularly in the last three games including two blowouts at the hands of the Lakers where he scored fewer than 20 points in each. Finally, after the Tuesday loss to the Lakers, Harden responded in the postgame press conference with the belief that he could no longer help the team.

Harden remains one of the most dynamic and gifted offensive players in the NBA, but also one of the most polarizing. He led the Rockets to the best season in franchise history and came within a game and a pulled Paul hamstring of the NBA Finals. He also won the league MVP and was a scoring machine. But, he has been widely criticized for his inability to get the Rockets over the hump.

In Brooklyn, the will team with Durant and Kyrie Iving to form one of the better groups of starters in the NBA. Harden ultimately got what he wanted and the Rockets got onto the business of starting over.

Harden returns to Toyota Center with the Nets on March 3. Mark your calendars.
KEEP THE HOUSTON PRESS FREE... Since we started the Houston Press, it has been defined as the free, independent voice of Houston, and we'd like to keep it that way. With local media under siege, it's more important than ever for us to rally support behind funding our local journalism. You can help by participating in our "I Support" program, allowing us to keep offering readers access to our incisive coverage of local news, food and culture with no paywalls.
Make a one-time donation today for as little as $1.