The meatball at one of our favorite sandwich spots, Mandola's. Photo by Jeff Balke
A great sandwich is a joy no matter where you get it, but there is something about a shop that puts them at the forefront of a menu. Sandwich shops are some of my favorite places. It's a great place to stop in a town when visiting because they are almost always filled with locals and they often embody the cuisine of the city. Few things are more New Orleans that a po'boy place, for example.

In Houston, we have some excellent stops that should be on any sandwich lover's route. And we're talking places where the major portion of the menu is specifically a sub. We're not talking about a cool restaurant with a couple signature items. We mean a place where they are the signature stars of the place, like these six.

With walls covered in University of Houston memorabilia and dark wood paneling that looks like it has been around since the '60s, Mandola's Deli, just across the freeway from UH, is unabashedly Houston-centric. The staff, mostly family, are welcoming and dish out some of the best sandwiches in town, like the meatball sub pictured above. Sure, they have a few pastas and the like, but their subs (they call them Po Boys here because, well, Houston) are what keeps sandwich (and Coogs) fans coming back. 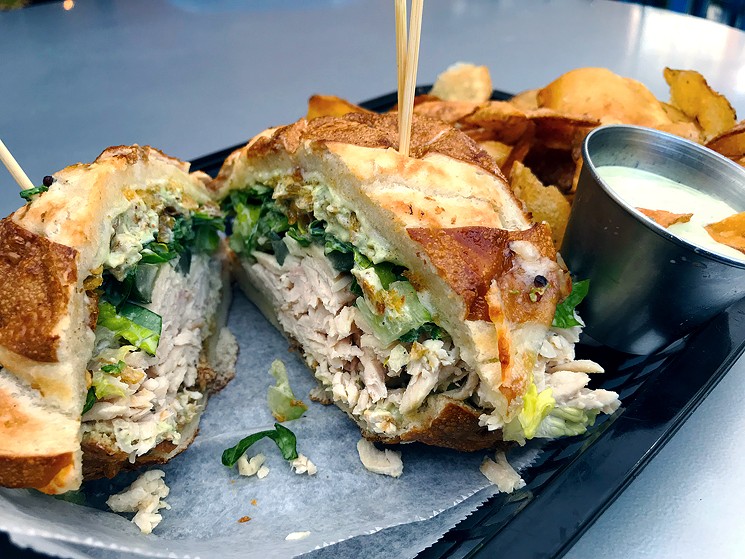 The "Crunchy" Chicken is our favorite, but Local Foods has a sandwich game that is on point.
Photo by Jeff Balke
Local Foods
Multiple Locations

With the farm-to-table ingredients and the creative recipes, you are excused if you confuse Local Foods with fine dining. From the folks at Village brunch staple Benjy's, this killer spot really delivers with gourmet sandwiches that taste incredible. The "Crunchy" Chicken is a pleasantly semi-healthy surprise despite its decadent taste. 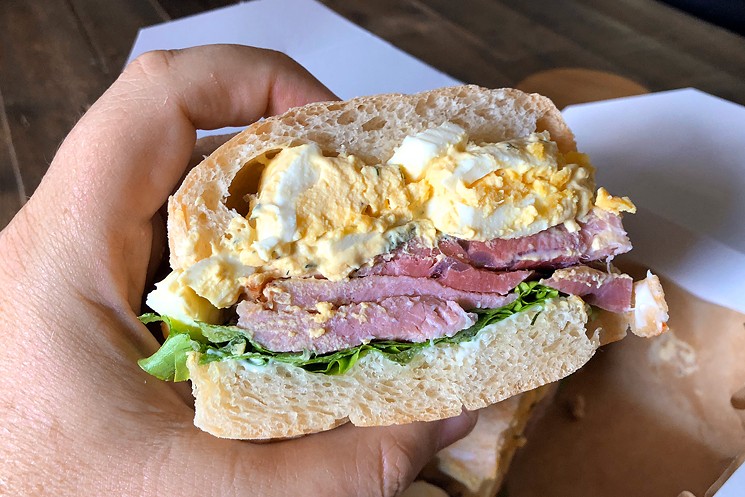 This little spot just north of Oak Forest is churning out some of the best sandwiches in town.
Photo by Jeff Balke
Ploughman's Deli & Cafe
965 Pinemont Drive

Tucked into a corner of an out-of-the-way strip center across from a huge church and next to a beloved neighborhood tailor is Ploughman's, one of the best kept secrets in Houston sandwiches. Decorated in Star Wars and Dr. Who paraphernalia, by the taste of it, these guys are clearly sandwich nerds as well. The crazy ham and eggs, with thick cut slices of ham and hard boiled eggs, is a surprising treat.

It may be well north of town, but Tony's in Montgomery is well worth the drive.
Photo by Jeff Balke
Tony's Italian Delicatessen
16283 TX-105 (Montgomery)

I'm not saying getting to Tony's isn't a haul if you live close to downtown. But I am saying it's worth it. Barely a stone's throw from Lake Conroe, this authentic Italian deli loves to give its sandwich names some flair, like the Lucky Luciano, which is one of the best hot Italian sandwiches I've ever eaten. There are quite a few gems when it comes to dining in The Woodlands and parts north. This should absolutely be on that list.

How can there not be a bánh mì on this list, especially with Roostar in town.
Photo by Jeff Balke
Roostar Vietnamese Grill
Multiple Locations

With so many truly great bánh mìs in Houston, it's tough to pick a best and even tougher to pick where to get one. But Roostar really does stand above the rest. Maybe it's the incredible bread, developed for them by Slow Dough, or the really interesting options, like the chopped ribeye. Whatever it is, these are the best damn Vietnamese sandwiches you'll eat anywhere. 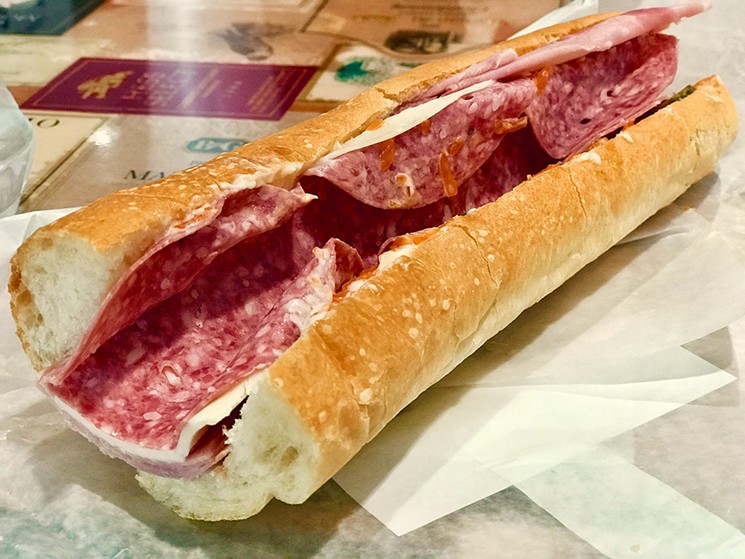 No sandwich shop in His more recognizable to Houstonians than Antone's.
Photo by Jeff Balke
Antone's Famous Po'Boys
Multiple Locations

This list is entirely incomplete without Houston's most famous sandwich shop, Antone's. The Original is the de facto sandwich of the city and their progressive involvement with new recipes and charitable causes makes it OK that you can't dine in an old railroad car like you used to at the long-gone location near the Astrodome.
KEEP THE HOUSTON PRESS FREE... Since we started the Houston Press, it has been defined as the free, independent voice of Houston, and we'd like to keep it that way. With local media under siege, it's more important than ever for us to rally support behind funding our local journalism. You can help by participating in our "I Support" program, allowing us to keep offering readers access to our incisive coverage of local news, food and culture with no paywalls.
Make a one-time donation today for as little as $1.