Reviews For The Easily Distracted:
Barbarian 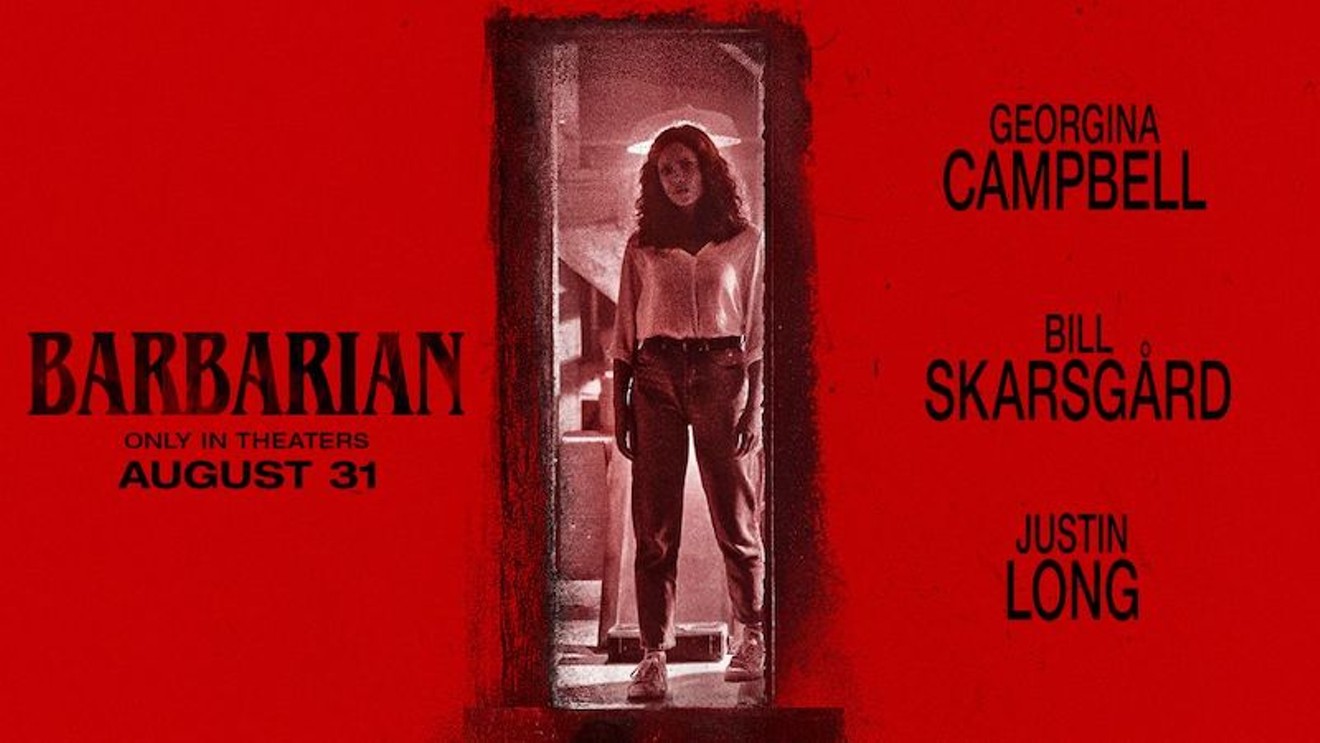 Describe This Movie In One The Departed Quote:

Rating Using Random Objects Relevant To The Film: 2.5 buckets out of 5.

Not So Brief Plot Synopsis: Tess (Georgina Campbell) has come to scenic Detroit for a job interview. But when she arrives at her Airbnb, she finds it already occupied by Keith (Bill Skarsgård), who produces his own proof of reservation. With no other options — and against her better judgment — she agrees to share the house with him. And then stuff happens.
"Critical" Analysis: It's difficult to review a movie that really rewards the audience for not seeking anything out about it. If you're reading this and you haven't seen Barbarian yet, rest assured that the setup described above only takes you through the first ten minutes. Everything after that? You're on your own.

And we've kind of already seen the establishing concept — this year even — in Gone in the Night, in which a double-booked property has similar shady connotations. If I didn't know better, I'd think that Hollywood has it in for the vacation rental industry.

Writer/director Zach Cregger (formerly of The Whitest Kids U Know) does his best to make even the mundane as sinister as possible (with an assist from composer Anna Drubich): from a cup of tea to an electric toothbrush. The initial ... I don't want to call it "misdirection," because much of what comes next is a direct result of Tess and Keith's initial interactions, and how the red flags are laid right out for us.

Is Keith a Nice Guy? Even after he mistakes Tess's friendliness for something more? Should any of that matter in the final analysis? Are we more inclined to distrust him because he's played by freaking Pennywise? Am I stalling?

Other warning signs (or are they?) abound. The Airbnb in question is somehow the only intact house in what looks like a bombed-out neighborhood. Lack of nearby hotels aside, it's hard to believe that many women would agree to spend the night alone in a house with a complete stranger.

The customer reviews are probably something else.

So yes: "the less you know going in, the better" is applicable to Barbarian for a variety of reasons. The only drawback being that additional details might allow you to make a more informed decision about whether you really want to see it in the first place. To be honest, the unpleasant mundanity of the reveal and necessary suspension of disbelief — both at the main character's actions and the climax — torpedo many of the good feelings that might have been engendered in the first act.

Also? Despite the title, there isn't a sword to be found anywhere. "Riddle of steel," my ass.

Barbarian is in theaters today.
KEEP THE HOUSTON PRESS FREE... Since we started the Houston Press, it has been defined as the free, independent voice of Houston, and we'd like to keep it that way. With local media under siege, it's more important than ever for us to rally support behind funding our local journalism. You can help by participating in our "I Support" program, allowing us to keep offering readers access to our incisive coverage of local news, food and culture with no paywalls.
Make a one-time donation today for as little as $1.