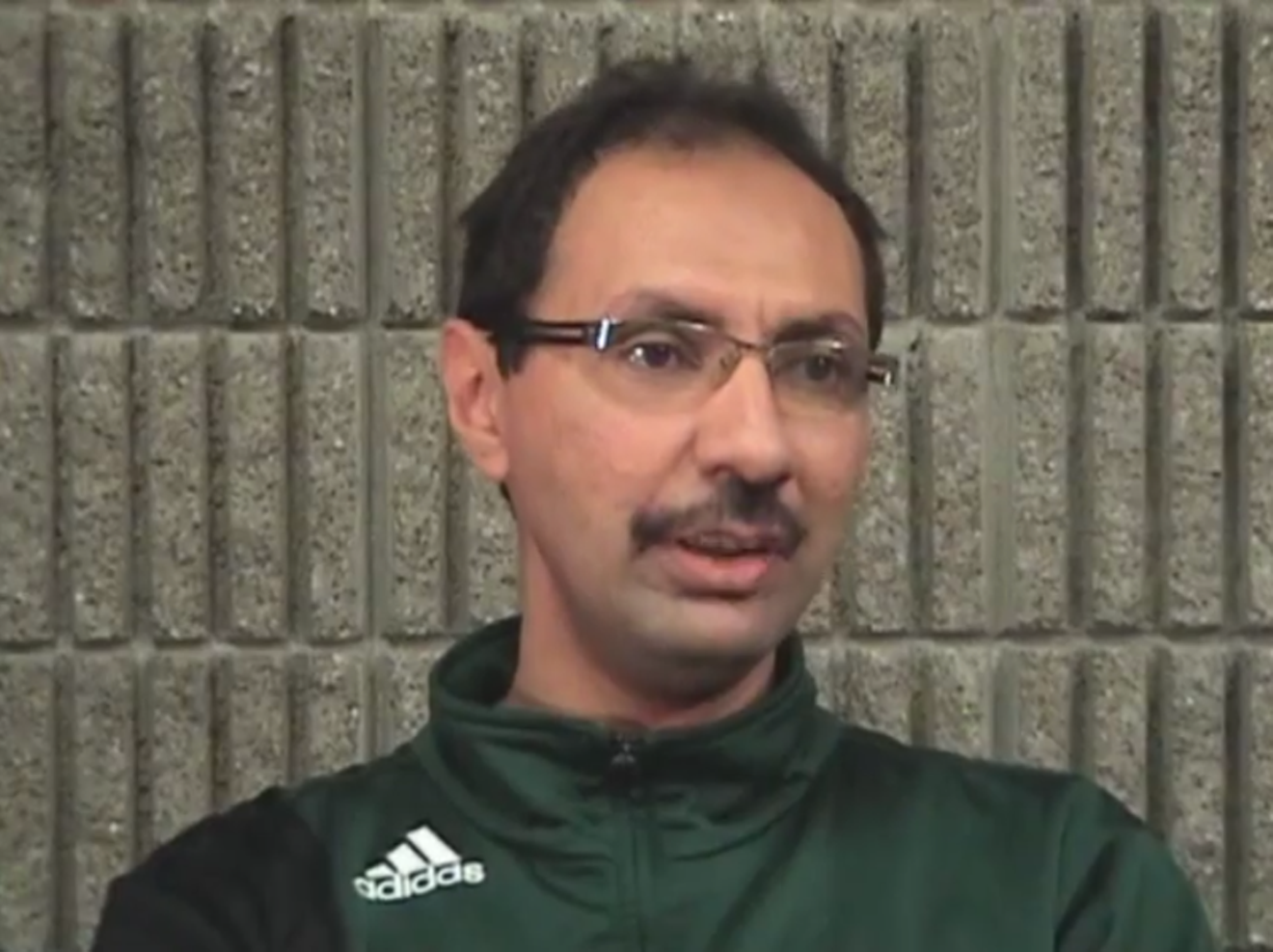 Former Rice fencing coach Mauro Hamza has been sued over an alleged sexual assault in 1995 against a 17-year-old Houston woman. Screenshot
Rice University’s former fencing coach Mauro Hamza has been accused of sexually assaulting one of his female pupils when she was only 17 at a Phoenix hotel in 1995 according to a civil lawsuit filed in Arizona.

The suit accuses Hamza of not only coercing the anonymous plaintiff to have sex with him in their shared hotel room during a youth fencing tournament, but also claims he repeatedly molested and sexually harassed her in the years after she first met Hamza in Houston at age 15 at an event sponsored by Rice’s fencing club in 1994.

A Rice News article from 2001 says that Hamza officially joined the university in 1995, and Hamza’s Wikipedia page claims he was the school’s Fencing Program Coordinator until 2014. When asked by the Houston Press to clarify how long Hamza worked for Rice and to comment on the recent sexual assault charges against him, the university declined.

In addition to Hamza, the plaintiff has sued the USA Fencing organization itself for not doing enough to protect her from Hamza’s purported misconduct, even though USA Fencing officials allegedly knew that Hamza was driving her to and from practices alone and sharing hotel rooms with her on trips to USA Fencing events.

As first reported by the Phoenix New Times, the lawsuit was filed in Arizona not just because the alleged statutory rape committed by Hamza took place in Phoenix, but due to a law passed by the Arizona State Legislature in 2019 that gave people over the age of 30 who were abused as minors a temporary window to sue the perpetrators until December 31, 2020. While the original suit was filed in mid-December, it became public in late March when USA Fencing’s legal team requested that the case be moved to federal court.

A prominent figure in the international fencing scene, Hamza coached his native country Egypt’s fencing team in 2004 and later coached the U.S. national men’s and women’s teams from 2009 through 2011.

The lawsuit alleges that Hamza used his clout as a well-renowned coach whose pupils routinely did well in national competitions “to take advantage of Plaintiff and eventually coerce Plaintiff into an abusive sexual relationship with him when she was still a minor child.”

The plaintiff claimed that when she was 16, Hamza routinely forced her to touch his penis, coerced her to perform oral sex on him, and penetrated her vagina with his fingers while showering with her at his home. He then allegedly coerced her into having intercourse with him during their trip to Phoenix for a fencing tournament in December 1995, barely a month after her seventeenth birthday. Hamza then allegedly continued to pressure her into having sex with him once they returned home to Houston.

She continued to acquiesce to Hamza’s sexual advances, the lawsuit alleges, because “once their relationship went beyond that of a typical student-athlete/coach, for Plaintiff, it meant that there was no going back because if anyone found out, it would have meant the end of fencing for Plaintiff.”

These aren’t the first allegations of sexual abuse levied against Hamza; Back in 2014, USA Fencing temporarily suspended Hamza for five years for undisclosed accusations of sexual misconduct that took place in Houston. Five years later, he was suspended again for “Allegations of Misconduct” according to the U.S. Center for SafeSport, a federal nonprofit that tracks child abuse allegations against U.S. sports coaches.

In a recent filing, attorneys for the U.S. fencing association said they believe Hamza is now living in Egypt. On his Facebook page, Hamza’s profile picture shows him at a 2019 fencing event in Switzerland.

The Houston fencing club bearing Hamza’s name is still up and running to this day; Hamza’s wife Noura Younis is listed as general manager, although all mentions of Hamza himself have been scrubbed from the Salle Mauro website.
KEEP THE HOUSTON PRESS FREE... Since we started the Houston Press, it has been defined as the free, independent voice of Houston, and we'd like to keep it that way. With local media under siege, it's more important than ever for us to rally support behind funding our local journalism. You can help by participating in our "I Support" program, allowing us to keep offering readers access to our incisive coverage of local news, food and culture with no paywalls.
Make a one-time donation today for as little as $1.