It's Not Okay, Plus More Than 200 Symbols and Memes That Say "I Hate" 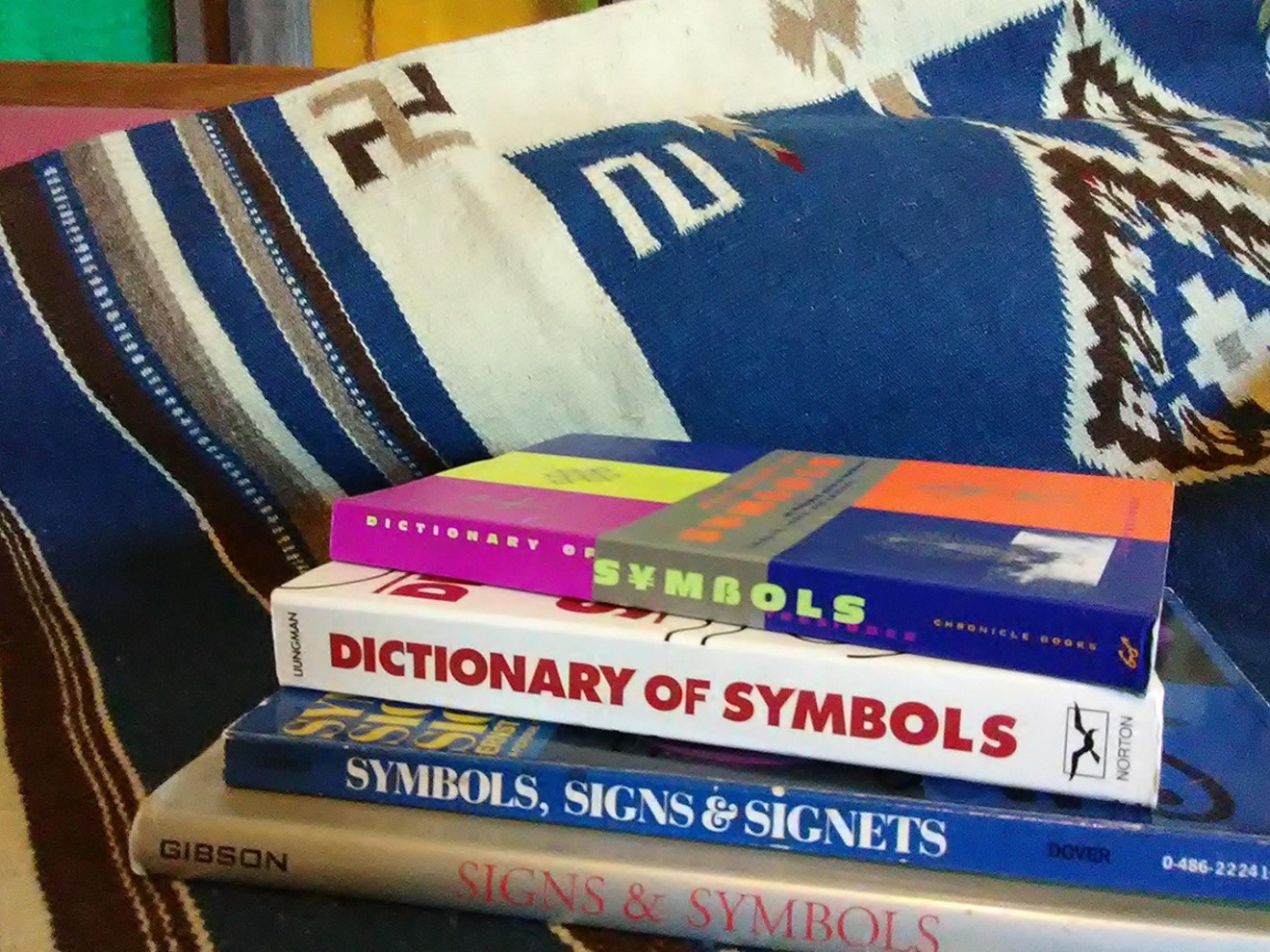 An antique Native American rug that should no longer be displayed. Photo by Susie Tommaney
There won't be any redemption for the swastika, a symbol that represented well-being and good fortune for thousands of years. Up until the Nazis appropriated the ancient symbol it had been used by Hindus, Buddhists, Jains, Greeks, Celts, Anglo-Saxons, Native Americans and even the Coca-Cola company.

The latest symbol to develop a bad reputation is the okay hand gesture, one of 36 new entries being added to the Anti-Defamation League's online database of extremist symbols. It was appropriated by a 4chan trolling campaign a couple of years ago to symbolize white power and is now claimed by those on the right and also extremists.

Being able to recognize these displays of hate — including symbols, slogans and memes used by the Ku Klux Klan, Neo-Nazis, racists, and white supremacist prison gangs — is important because hatred is on the rise.

So much so that the Department of Homeland Security is now broadening its mission to target domestic terrorism, which includes white supremacist extremism. They're still going to thwart international terrorists, but now they're focusing on targeted violence: the attacks we've been seeing in movie theaters, schools and places of worship.

Last month the DHS announced a new strategic framework for countering terrorism and targeted violence, noting that domestic terrorists have caused more deaths in the United States in recent years than have terrorists connected to foreign organizations.

"White supremacist violent extremism, one type of racially- and ethnically-motivated violent extremism, is one of the most potent forces driving domestic terrorism. Lone attackers, as opposed to cells or organizations, generally perpetrate these kinds of attacks. But they are also part of a broader movement. White supremacist violent extremists’ outlook can generally be characterized by hatred for immigrants and ethnic minorities, often combining these prejudices with virulent anti-Semitism or anti-Muslim views." — Department of Homeland Security

It's also important for our city, state and national leaders to understand how white supremacy groups think about certain letters and numbers, divining hidden messages from speeches, tweets and broadcasts. This isn't a Republican or Democratic issue, it's a matter of public safety, and former FBI Assistant Director for Counterintelligence Frank Figliuzzi had an interesting take on something that happened after the mass shootings in El Paso and Dayton.

According to Figliuzzi, President Donald Trump should have been counseled by advisers before he announced that we will fly our flags at half mast until August 8.

"The numbers eight eight are very significant in Neo-Nazi and white supremacy movement. Why? Because the letter H is the eighth letter of the alphabet and to them the numbers eight eight together stand for Heil Hitler so we're going to be raising the flag back up at dusk on eight eight," said Figliuzzi in an MSNBC broadcast.

"No one's thinking about this. No one's giving him the advice, or he's rejecting the advice. So understand your adversary to capture the adversary," added Figliuzzi.

Sutherland Springs, Santa Fe High School, El Paso, Midland, Odessa. It's easy to see that the enemy is among us, living, breathing and coexisting in our neighborhoods and communities. Take a moment to glance through the Anti-Defamation League's Hate on Display™ hate symbols database to learn the meaning behind different hand gestures, numbers, letters of the alphabet, and tattoos.

Often used acronyms stand for All Cops Are Bastards; White Pride World Wide; and For God, Race and Nation; which is just plain out of bounds.

There is no place for hatred when it comes to being proud of our country or believing in a higher power.

October happens to be National Bullying Prevention Month. If you're an educator or school administrator, the ADL has resources, tools and strategies that will help foster inclusive classroom environments.

Learn more at adl.org/education-and-resources/resources-for-educators-parents-families.
KEEP THE HOUSTON PRESS FREE... Since we started the Houston Press, it has been defined as the free, independent voice of Houston, and we'd like to keep it that way. With local media under siege, it's more important than ever for us to rally support behind funding our local journalism. You can help by participating in our "I Support" program, allowing us to keep offering readers access to our incisive coverage of local news, food and culture with no paywalls.
Make a one-time donation today for as little as $1.