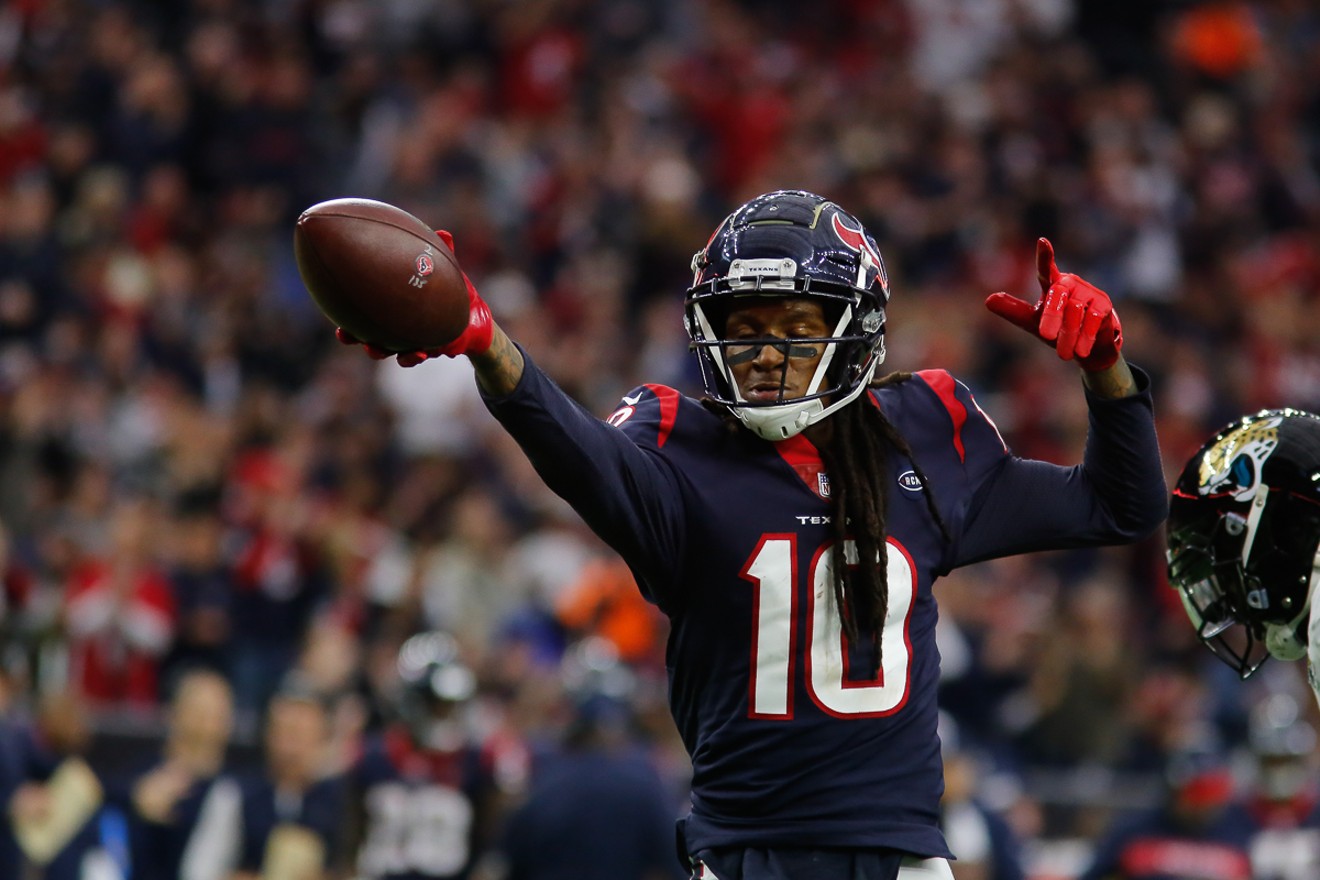 DeAndre Hopkins could begin passing Andre Johnson in certain significant career categories within the next two seasons. Photo by Eric Sauseda
Last year, on Arian Foster's podcast, Andre Johnson told Foster that he demanded a trade after the 2012 season. In retrospect, that seems crazy because the Texans were coming off their best season in franchise history, with a 12-4 record, and Andre Johnson had just posted another season's worth of elite receiving totals. However, Johnson revealed, that his request was made, in large part, because he needed help at the wide receiver position.

God bless Kevin Walter, but Johnson needed a No. 2 whom opposing defenses feared. The Texans went on to use the 27th overall pick in the 2013 draft to take DeAndre Hopkins, and the rest, as they say, is history. In a weird way, you could argue that Andre's angst led directly to the drafting of Hopkins, who not only took Johnson's job as the team's lead receiver by 2014 (which led directly to Johnson's release in March of 2015), but is now on pace to shatter all of Johnson's team receiving records.

Here is where the two stand right now:

In his six seasons, Hopkins is averaging 88 receptions, 1,240 yards, and 8 touchdowns per year. I feel like these are pretty solid numbers to extrapolate how long it will take Hopkins to surpass Johnson on these lists, since it contains the huge upside of Deshaun Watson's involvement, and the lows of Hopkins rookie year and the Lost Season of Osweiler. So, here are the "surpass milestone timeframes", and If anything, these are CONSERVATIVE estimates.

It really puts into context Johnson's cumulative greatness and consistency that Hopkins, who has become the best wide receiver in football over the past two seasons, still may need four or five more seasons to surpass Johnson in the marquee volume stat categories. It also says something about the complete misuse of Johnson in the red zone over the course of his career that Hopkins will surpass Johnson's career TD receptions as a Texan, likely sometime in 2020 at age 28 (even though the pace says it'll be early 2021, Deshaun Watson will see to it that the pace quickens).

And finally, any time we talk about all-time Texan greats, the latest rankings of all-time Houston Texans, purely subjectively ranked in one man's mind, is worth rebooting. So, here you go: