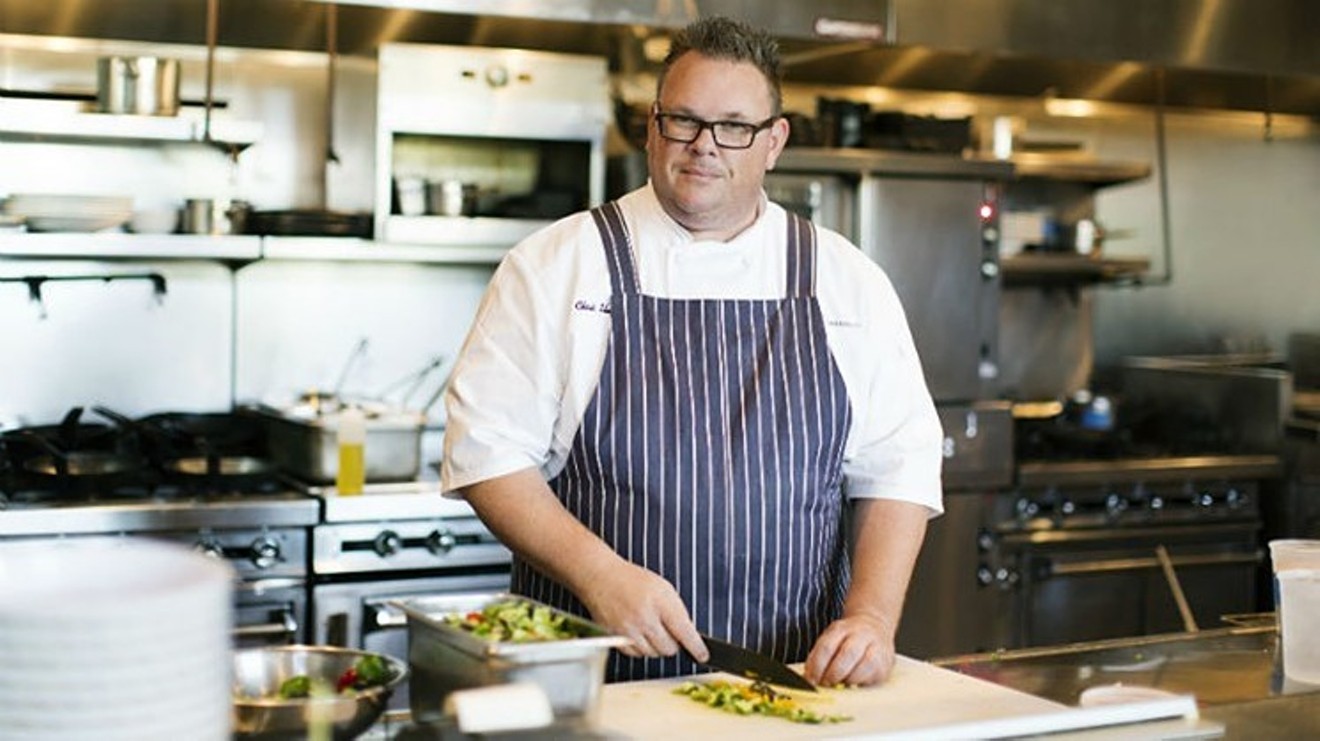 This week's Openings and Closings begins with big news in the world of Chris Shepherd and Underbelly Hospitality:

UB Preserv will give way to a hideaway.
Photo by Julie Soefer Photography
UB Preserve, 1609 Westheimer, will close December 23. One of Underbelly Hospitality's more casual eateries, it took the place of its predecessor Underbelly three years ago bringing in chef Nick Wong and allowing the menu to reflect his vision of Houston food. According to a press release, UB Preserv was the hardest hit of the group's restaurants by the COVID-19 pandemic. There were plans to redesign and rebrand in hopes of revitalizing the concept for Wong and his crew. However, with the opening of UH's Georgia James Tavern, other opportunities presented themselves. Wong, who had previously worked for a year at Gramercy Tavern in New York, also spent some time on the line at Georgia James Tavern. His feedback was invaluable and now he is moving to the GJ Tavern as executive chef. Also making the transition will be UB Preserv's sous chef/ operations manager Leila Frank. General manager Tara MacMullen will be a busy bee assisting with all the transitions and openings before taking on the role of general manager at Underbelly's new concept at Regent Square.

Everlong Bar & Hideaway will open in the UB Preserv Space in January 2022. Shepherd is a big fan of the Foo Fighters hence the Everlong name, which is also a hint at Shepherd and his team going for more permanence after the past five years of experimentation. Now, the Underbelly crew believe that they've fleshed-out the concepts that will remain everlong. Guests can expect the new concept to be a tribute to Shepherd's rock 'n roll heroes by pushing boundaries and delivering great food and old school cocktails at the same time. The Long Island Iced Tea will be part of the throwback cocktail menu. Feathered hair and parachute pants are optional. 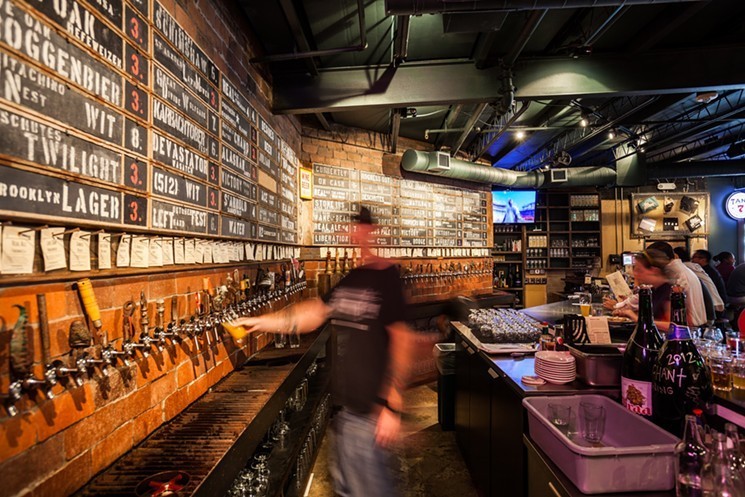 Hay Merchant will pour its last pint in January.
Photo by Julie Soefer
Hay Merchant, 1100 Westheimer, will close January 2022. The announcement was made in August, as reported by the Houston Press. The closing of Shepherd's casual craft beer bar is a sad one for its loyal patrons but a few of it dishes will make the move to Everlong, including the ever popular Korean Braised Goat and Dumplings and the Muffaletta. The restaurant will debut a brand new burger along with a menu of snacks and shareables. Lucas McKinney, former sous chef at Hay Merchant and GJ Tavern, will head to Everlong as chef de cuisine.

Kyle Rahe and Lisa McCoy will move to Everlong as managers, bringing Trivia Night with them. 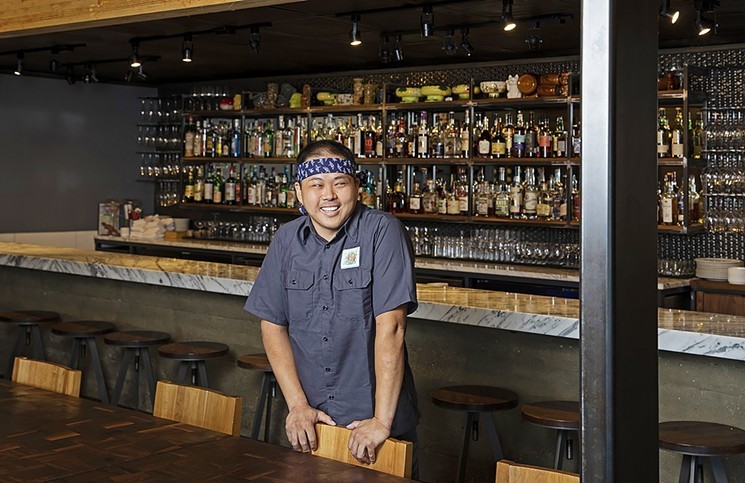 Nick Wong likes taverns.
Photo by Julie Soefer
Georgia James Steakhouse, 1100 Westheimer, was supposed to move to Regent Square, 1203 Dunlavy, with a huge new dining space and lounge in late January. However, that opening has been pushed to March 2022 due to City of Houston permits being delayed. In the meantime, Georgia James Steakhouse will move to Shepherd's concept restaurant One Fifth, 1658 Westheimer, in early 2022, replacing One Fifth Red Sauce Italian, the final iteration in Shepherd's multi-concept experiment. Georgia James will remain there until the Regent Square location is ready to go.

Underbelly Burger, 2520 Airline, is on track to open at Houston Farmers Market in December 2021 while Wild Oats, the Texas-inspired restaurant from Underbelly Hospitality's culinary director, Nick Fine, is expected to open in January 2022. 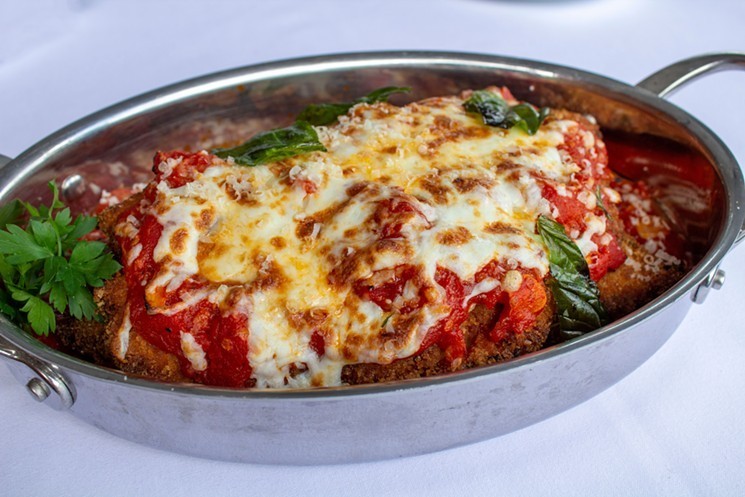 One Fifth Red Sauce will end, kind of.
Photo by Taylor Hall
And finally, for those who will be sad to see One Fifth Red Sauce end, they can dry their tears. The second Underbelly Hospitality restaurant that was teased for Regent Square has been announced. Drum roll, please! The new restaurant will be Pastore, serving red sauce Italian favorites. It will be focused on family, community and having a good time plus gigantic portions of lasagna.

The interior of Pastore is being designed by Amanda Medsger as a whimsical ode to traditional Italian-American family dining with a little Venetian inspiration from the late Italian architect Carlo Scarpa.

Pastore means shepherd in Italian so this is Shepherd's first eponymous restaurant. Kind of. 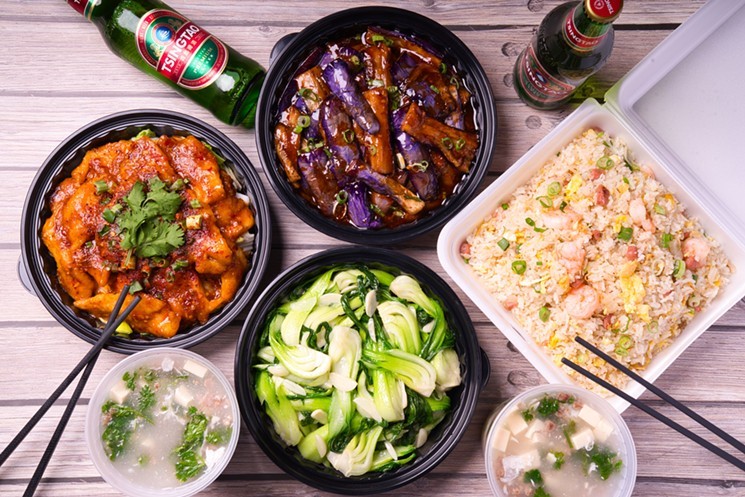 Mala Sichuan is opening soon at M-K-T Heights.
Photo by Heng Chen
Mala Sichuan Bistro, 600 N. Shepherd, will open at M-K-T Heights within the next month or so. Owner Cori Xiong told the Press that she is expects it to be late December or early January. A spokesperson for M-K-T Heights said in an email that the interior, by gin design group, is spectacular and unlike any other location of the popular Chinese Sichuan restaurant. It will also have a patio.

We will have more information and photos of the restaurant next week so stay tuned.

B.B.'s is coming to this writer's neighborhood. Ai-yee!
Photo by Lorretta Ruggiero
B.B.'s Tex-Orleans, 25635 US 59, opened November 15 in Kingwood. This is the 12th location for the Cajun-inspired restaurant which has 11 in the greater Houston area. It opened its first San Antonio restaurant this past September. Another location at 21441 Highway 249 is nearing completion and takes over the spot which was formerly a Pollo Loco.

The restaurant is popular for its boiled crawfish in season, homemade gumbo, fried seafood platters and boudin balls. It offers a variety of po' boys from shrimp or oysters to chicken or Roast Beef Debris. There are daily specials and its desserts include Maw Maw's Bread Pudding and Brooks Brownie Sundae. Maw Maw also makes a mean Bayou Tea from the Voodoo Bar. 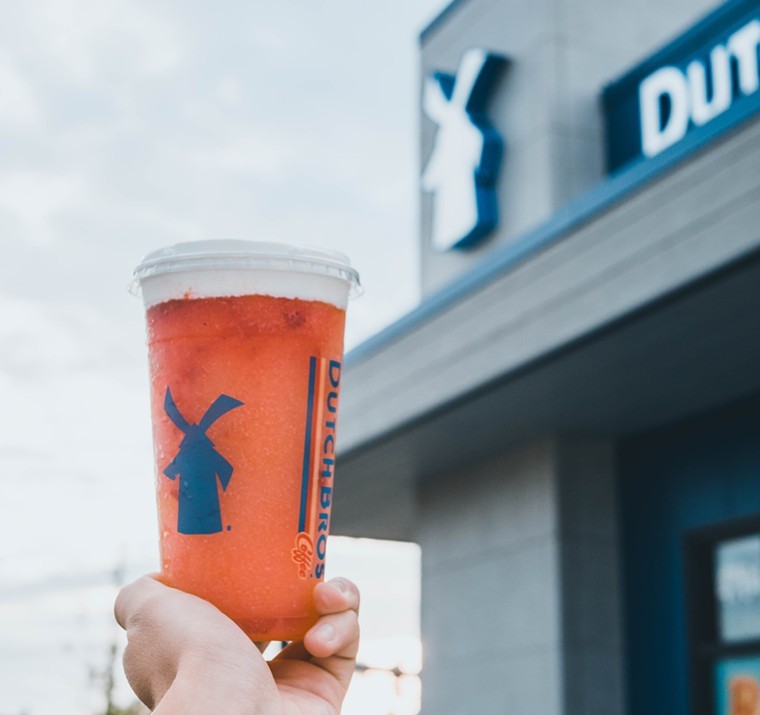 The Dutch are coming! The Dutch are Coming!
Photo by Dutch Bros. Coffee
Dutch Bros. Coffee, 22719 Morton Ranch, is shooting to open in Katy by the end of 2021, as reported by Community Impact. The drive-through coffee shop is on track to have over 500 location in 11 states within the next few months. For the Houston area, there have been three new stores open in Spring and one in Houston with another coming soon to  Atascocita.  There are even more slated for 2022, including a Tomball spot and another at Cypress Village Station off Highway 290, which is currently under construction.

The on-the-go coffee concept was founded by two brothers, Dane and Travis Boersma in 1992. The first Texas location opened in College Station this past January. It "Broistas" serve coffee drinks, hot or iced, tea, cocoa, smoothies and freezes and frosts. 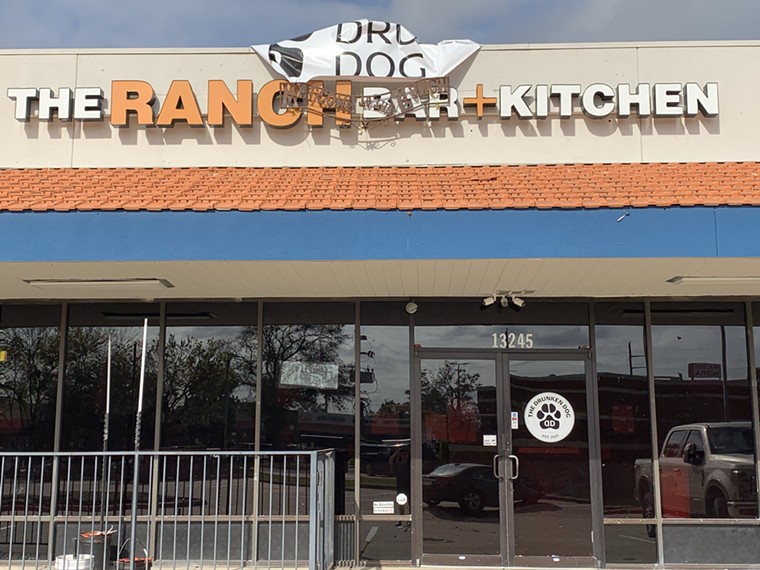 For dogs that like a few cocktails now and then.
Photo by Lorretta Ruggiero
The Ranch Bar and Kitchen, 13245 Jones, has closed and opening in its place this month is The Drunken Dog. We don't have many details yet other than the fact that it will be dog friendly, have games, drinks and a full kitchen. In December it will host an event that includes some fellas with not very much clothing.
KEEP THE HOUSTON PRESS FREE... Since we started the Houston Press, it has been defined as the free, independent voice of Houston, and we'd like to keep it that way. With local media under siege, it's more important than ever for us to rally support behind funding our local journalism. You can help by participating in our "I Support" program, allowing us to keep offering readers access to our incisive coverage of local news, food and culture with no paywalls.
Make a one-time donation today for as little as $1.