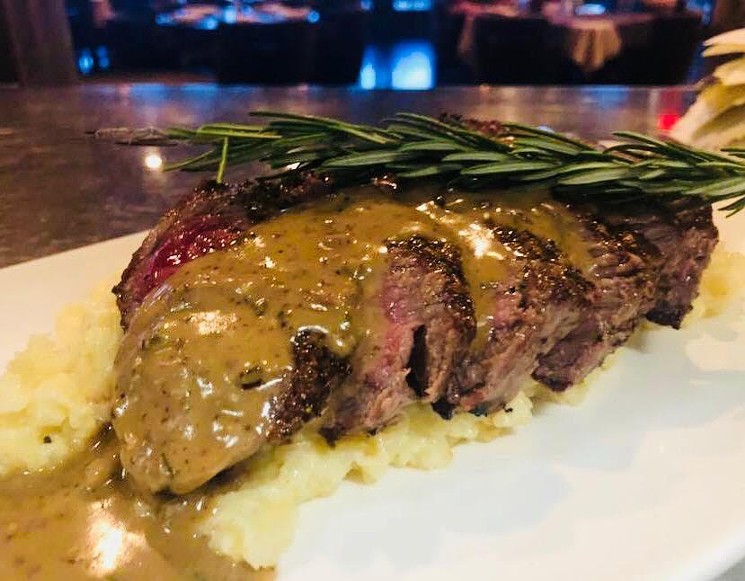 One of many dinner options for this year's event
Photo Courtesy of Grazia Italian Kitchen
The website for the 2018 Houston Restaurant Weeks is now live. Would be diners can now scroll through the preliminary list of this year's participating restaurants, browse menus and meal options, and learn more about the year's largest fundraising event for the nation's premiere food bank.

Established in 2003 by Cleverley Stone, host of the CBS 650 food program, "The Cleverley Show", Houston Restaurant Weeks is a five-week fundraiser that helps in the ongoing fight against hunger. Since its inception 15 years ago, the event has raised more than $12.5 million for its partner organization, the Houston Food Bank.

For 36 years the Houston Food Bank has been instrumental in feeding hungry and food insecure Texans. Named 'Food Bank of the Year' by Feeding America in 2015, the organization helps 800,000 individuals each year; largely through the donations it receives annually from Houston Restaurant Weeks.

The event, which will take place from August 1 to September 3, works by partnering with Houston area restaurants to create special menus with discounted prices for the month long event. The featured meals include lunch, dinner, and brunch, and the hundreds of participating restaurants range from ultra casual to fine dining.

Over the next two weeks, more restaurants will be added to the event's website as commitments continue rolling in leading up to the August 1 start.  Despite Hurricane Harvey, which affected nearly every HRW participant in 2017, last year's donations are expected to top 2016's record. According to the group's website, the hurricane "caused a delay in collecting all of the 2017 donations and sales figures." The lasting effects of Harvey are another reason why this year's event will be so critical to the Houston Food Bank's mission. Thousands of southeast Texas residents were left reeling and financially unstable in the wake of Harvey, and food pantries throughout the region were left low on stocks and in need of donations.

Participants are not confined to the city of Houston. Restaurants in several surrounding counties, including many in Galveston, Sugar Land, Cypress, Katy, and more have committed to joining this year's efforts. On the website, patrons can check price information for every special event menu, and find out exactly how much money from each meal will be donated to the fundraiser.

As in previous years, Houston Restaurant Weeks will be staffed entirely by volunteers so as to donate 100 percent of its donations.
KEEP THE HOUSTON PRESS FREE... Since we started the Houston Press, it has been defined as the free, independent voice of Houston, and we'd like to keep it that way. With local media under siege, it's more important than ever for us to rally support behind funding our local journalism. You can help by participating in our "I Support" program, allowing us to keep offering readers access to our incisive coverage of local news, food and culture with no paywalls.
Make a one-time donation today for as little as $1.