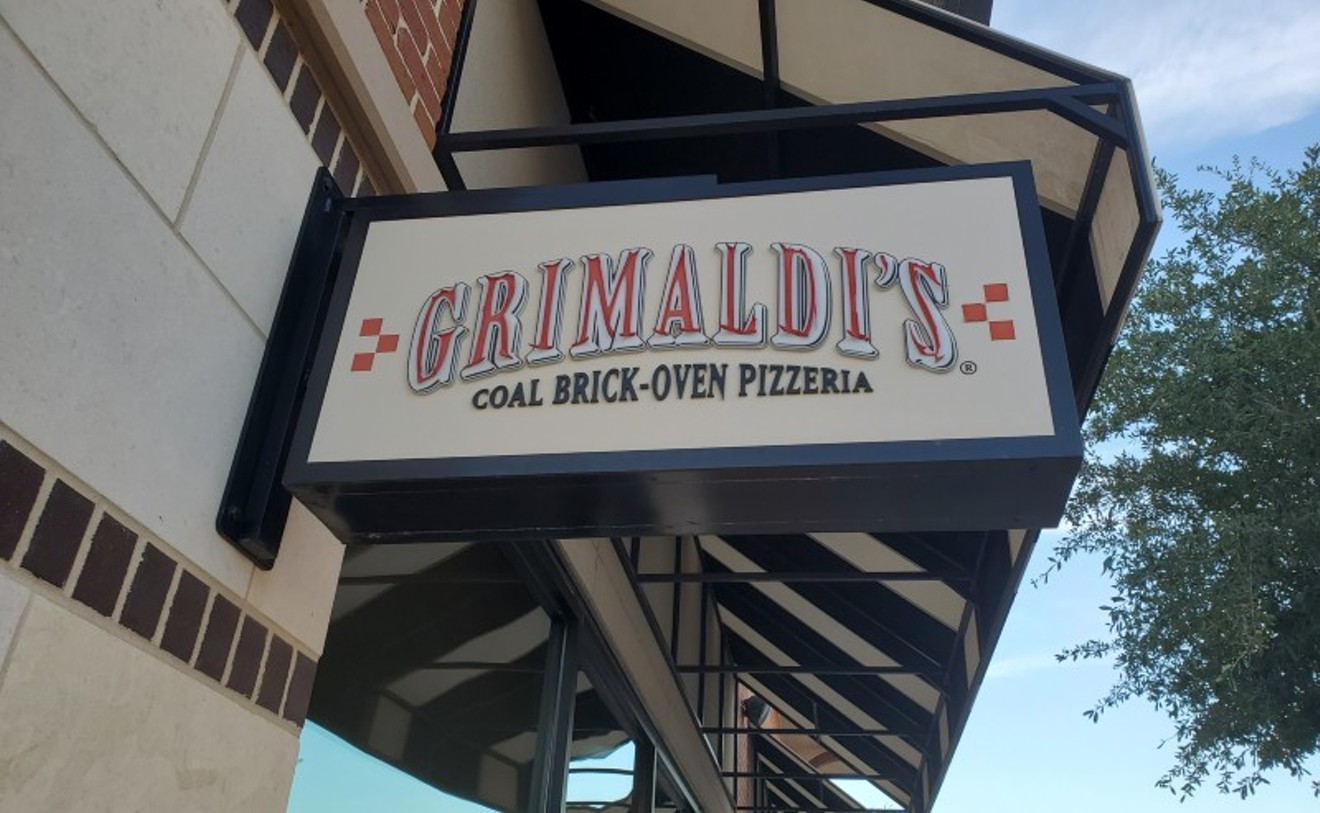 These showcase entries are dubbed “Best of Houston” and not “Best of New York” or “Best of Chicago.” But when it comes to pizza, Houston hasn’t distinguished itself in a significant way like our neighbors to the north. We’re calling on the city’s most innovative food minds to create a touchstone Houston pie. Even Detroit has a signature style, so surely Houston’s diverse culinary talents can devise something all our own.

Until then, we’re going with Grimaldi’s Pizzeria as the city’s best. Unlike the old television commercial for picante sauce which bemoaned “New York City?!” origins, the pizza served at Grimaldi’s locations here has a key and direct tie to those which are tossed, topped and coal-fire baked at its namesake restaurant under the Brooklyn Bridge. A pie there might be slightly different than the sausage or pepperoni pizza you order at your Grimaldi’s in Katy or Sugar Land or The Woodlands. But the blueprint still calls for an Old World, paper thin crust with a slight char that snaps like a fresh cracker with an eager bite. The toppings and sauce for Houston’s locations come from the same source as their Brooklyn forebearer, which has been top rated by Zagat and recognized as one of the top five pizzerias in the U.S. by Food Network’s experts.

So, be happy that you don’t have to book a three-hour flight to taste one of the country’s best pizzas. Just do the Houston thing and drive to a Grimaldi’s near you, the best of Houston until Houston develops its own trademark pizza.

Multiple locations
grimaldispizzeria.com
KEEP THE HOUSTON PRESS FREE... Since we started the Houston Press, it has been defined as the free, independent voice of Houston, and we'd like to keep it that way. With local media under siege, it's more important than ever for us to rally support behind funding our local journalism. You can help by participating in our "I Support" program, allowing us to keep offering readers access to our incisive coverage of local news, food and culture with no paywalls.
Make a one-time donation today for as little as $1.