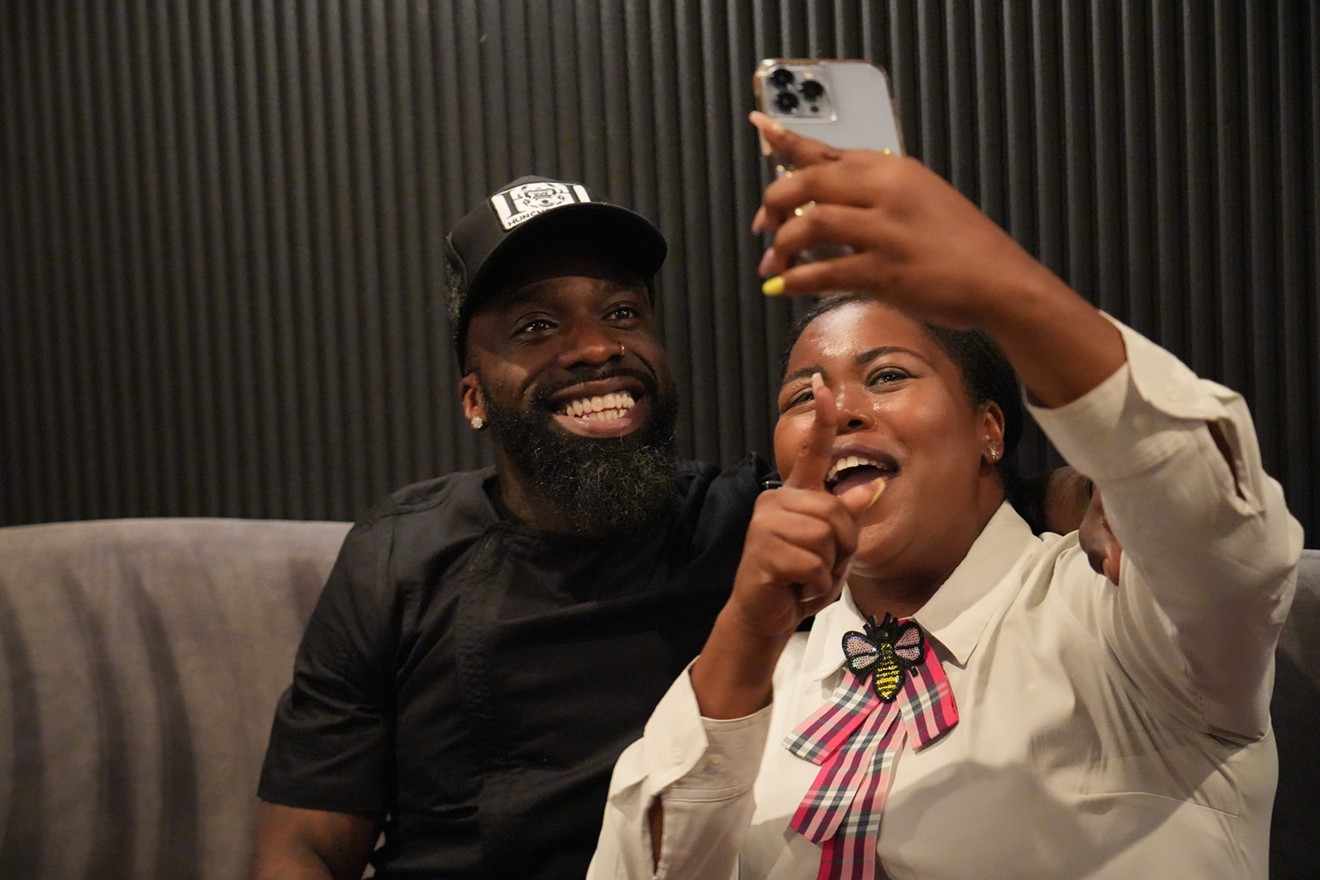 Chef Dorzon Takes A Selfie with a guest during a private dinner at Thirteen. Photo by Lauren Cowart
Thirteen, James Harden’s foray into cuisine, has been open in Midtown since the spring of 2021. Led by Chef Tobias Dorzon and his take on Maryland and Southern cuisine, the restaurant and lounge has been a success since the doors opened, navigating through a pandemic and the departure of its owner to a new NBA team.

Many other restaurants have closed their doors for much less but Thirteen has managed to gain a foothold in the city with its food, ambiance, and style. For Dorzon this is simply the beginning, with plans for more locations for Thirteen in the works and his own eatery, Huncho House.

“I want to please the people, but I also want to turn tables,” says the chef while taking a break after serving a multi course dinner at Thirteen. “This place seats 90 but with Huncho House I want to do something different. I’m classically French trained and I want to showcase that. I want to slow things down and really give people something beyond good food. I want to give them the experience of fine dining”

Located in the DMV, Huncho House is scaled down in size with 46 seats, a ten top bar, and a private chefs table, but its focus is on a much more intimate, multi course dinning experience. It’s a multi course experience that Dorzon previewed to Houstonians this past August.

Offerings of deluxe deviled eggs topped with jalapeno, bacon jam and fried shrimp welcomed guests to their seats as wait staff brought out Palomas and spicy pineapple margarita’. She crab soup, zuppa Toscana, pan seared scallops, and oysters Rockefeller set the stage for main courses like king salmon, chicken marsala, and braised ribs. For Dorzon this is a chance to show off his skills and take the first step towards his ultimate goal. 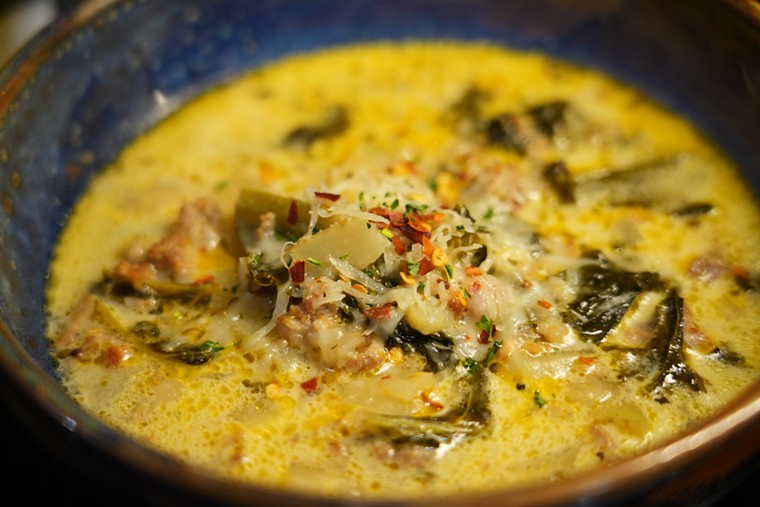 Everybody Eats was a private dinner given by Chef Dorzon to preview the direction he was headed in with Huncho House.
Photo by Lauren Cowart
“My plan is to obtain a Michelin star. Huncho House is the prime start to achieve that goal. Texas doesn’t have a Michelin star restaurant and my plan is to go back home to DC, practice on Honcho House, and bring it back here.”

While Houston has become a prime-time location for food, and in some chefs’ eyes, the culinary capital of the world, it does not have a Michelin star because the international dining guide doesn’t publish here in Texas. There is plenty of speculation as to whether the state will get a Michelin star at all but Dorzon is confident in his abilities and wants to show that he is more than what some may perceive.

“I think Black chefs are known for mainly cooking southern food and I have cooked for a lot of athletes and entertainers. I haven’t really gotten the chance to show people that there are other sides to me. Plus, I’m tired of the fried lamb chops with a lot of cream sauce,” he says laughing.

Working with Harden, Dorzon plans on opening a Huncho House in DC and eventually Texas while also opening more locations for Thirteen. It’s a challenge he plans on taking head on while also making sure that people know of his influence on both brands isn’t diluted with expansion.

“The biggest question I get is if I’m still going to be the chef at Thirteen. I’m always going to be the chef at Thirteen. James and I had a relationship before Thirteen and he knows my culinary mind which is why we decided to work together. I haven’t physically cooked at Thirteen in the past six months, but we have worked hard to train a staff that can push out the quality that we are known for. Once I get Huncho started in DC I want to do the same thing and bring it back to the Houston.”

Oysters Rockefeller
Photo by Lauren Cowart
Dorzon has spent his career traveling as a private chef for celebrities, appearing and winning on Food Network shows like Guy’s Grocery Games, ranking in Guy’s Tournament of Champions, opening a food truck in Maryland, a restaurant in Miami, and working in LA. Even though he is from the DC Metropolitan area he considers Houston home and definitely plans on returning.

”I have never bought a home at any of the places I have traveled to except for Houston. I thought I was going to be in Miami forever and I still didn’t buy a home. I came to Houston for five months and I bought a house. It's this city. I bought here because the southern hospitality, the food, and the people. I just want to give that back to the city.”
KEEP THE HOUSTON PRESS FREE... Since we started the Houston Press, it has been defined as the free, independent voice of Houston, and we'd like to keep it that way. With local media under siege, it's more important than ever for us to rally support behind funding our local journalism. You can help by participating in our "I Support" program, allowing us to keep offering readers access to our incisive coverage of local news, food and culture with no paywalls.
Make a one-time donation today for as little as $1.